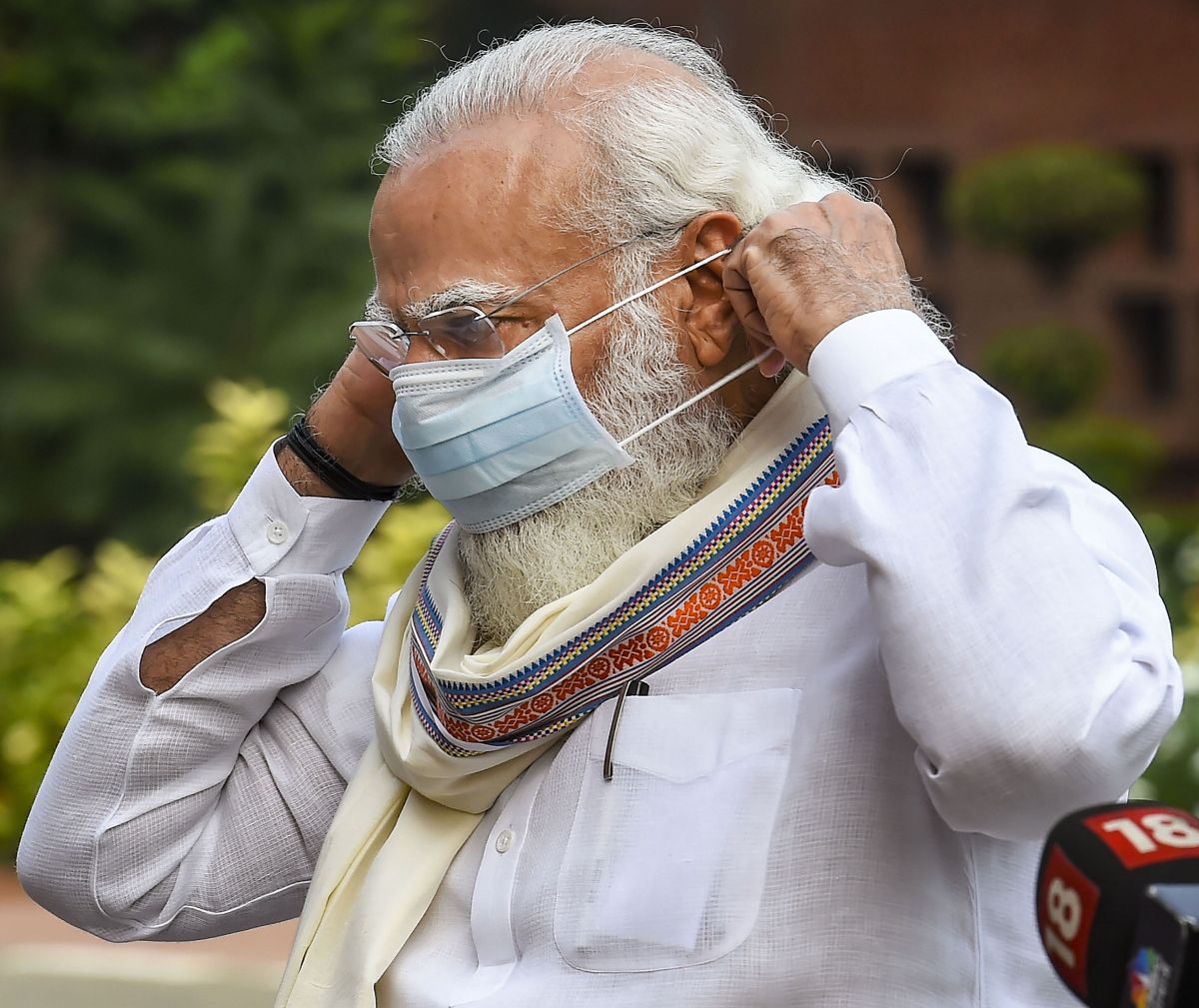 With the Prime Minister (PM) Narendra Modi’s announcement last Friday of the impending repeal of the three contentious farm laws, and the Union Cabinet’s approval on Wednesday for the Bill for the same, it may appear that the cases before the Supreme Court in which the constitutionality of these laws were challenged, would become infructuous.  But the Prime Minister’s announcement, on the contrary, may indeed bring the Supreme Court’s intervention in the case in January this year under closer scrutiny.

The scrutiny, more than anything else, must focus on how it formed an experts’ committee while granting a stay on the implementation of the laws, and defended its composition, and terms of reference, despite apprehensions expressed about its objectivity.

Such a scrutiny appears relevant especially because one of the committee members, farm union leader Anil Ghanwat, has openly urged the Chief Justice of India (CJI), N.V.Ramana, to consider releasing the report of the committee, which continues to remain under wraps, despite its submission several weeks ago.

Ghanwat, who has written two letters to CJI in this regard, has said that there are suggestions in the report on farmers’ issues that are of great public interest. According to him, while the specific laws may no longer exist, the “reform impulse that was reflected in these laws should not be diluted”.

Ghanwat is of the view that many of India’s farmers support reforms, which hinge on market and technology freedom. But, the bills, according to Ghanwat, were resisted because the government did not follow a consultative process.

In the case of Rakesh Vaishnav & Ors. vs. Union of India, a three-judge bench of the then CJI S.A.Bobde, and Justices A.S. Bopanna and V. Ramasubramanian, heard the petitions challenging the three farm laws, which the PM has now announced will be repealed during the winter session of Parliament.

The Prime Minister’s announcement and the ensuing repeal of the contentious laws during the Parliament session, makes only one category of these petitions infructuous. This category of petitions challenges the constitutional validity of the farm laws. Included within this category is a petition under Article 32 of the Indian Constitution challenging the validity of the Constitution (Third Amendment) Act, 1954, by which Entry 33 was substituted in List III (Concurrent list) in the Seventh Schedule of the Constitution, enabling the Union Government to legislate on a subject which was otherwise in the State List.This particular petition may survive despite the repeal of the three contentious laws.

The second category of petitions are those which support the farm laws on the ground that they are constitutionally valid and also beneficial to the farmers. These petitions may well be amended to challenge the repeal of the laws, if the petitioners insist.

The third category of petitions are those filed by individuals who are residents of the National Capital Territory of Delhi as well as the neighbouring states, claiming that the agitation by farmers in the peripheries of Delhi and the consequent blockage of roads/highways leading to Delhi, infringes the fundamental rights of other citizens to move freely throughout the territories of India and their right to carry on trade and business. As the announcement of repeal of the laws by the Prime Minister did not immediately lead to the withdrawal of the agitation by the farmers, this category of petitions may also survive, urging the Court to hear them.

In its order on January 12, the bench noted that no solution was in sight despite several rounds of negotiations having taken place between the Government and the farmers’ bodies, there are serious health hazards facing the agitationists, which include senior citizens, women and children, and that a few deaths had taken place, “though not out of any violence, but either out of illness or by way of suicide”.

More importantly, the bench lauded the farmers for carrying on their agitation peacefully without any untoward incident. It is in this context, the bench felt the need for an experts’ committee to negotiate between the farmers’ bodies and the Government to create a congenial atmosphere, and improve the trust and confidence of the farmers.

The bench also felt it necessary to stay the implementation of all the three farm laws in order to assuage the hurt feelings of the farmers and encourage them to come to the negotiating table with confidence and good faith. The bench also directed maintenance of the Minimum Support Price System in existence before the enactment of the Farm Laws until further orders. The bench made it clear that no farmer shall be dispossessed or deprived of his title as a result of any action taken under the farm laws.

The experts’ committee formed by the bench included Bhupinder Singh Mann, National president, Bhartiya Kisan Union and All India Kisan Coordination Committee; Dr. Parmod Kumar Joshi, Agricultural Economist, Director for South Asia, International Food Policy Research Institute; Ashok Gulati, Agricultural Economist and Former Chairman of the Commission for Agricultural Costs and Prices; and Anil Ghanwat, President, Shetkari Sanghatana.  The bench asked the committee to listen to the grievances of the farmers relating to the farm laws and the views of the Government, and to make recommendations.

The bench directed the committee to submit its report within two months from the date of its first sitting, which was to take place within 10 days from January 12.The bench made it clear that it would not like to stifle a peaceful protest, but hoped that its stay of implementation of the farm laws would encourage the farmers to return to their livelihoods.

One of the four members, Mann, however, quit the committee, saying he did not wish to compromise farmers’ interests.  All the four, however, had expressed views in favour of the farm laws before their inclusion in the committee.

On January 20, the Justice Bobde-led bench made it clear that there was no question of bias, as the committee had not been given adjudicatory powers. The then CJI Bobde said: “You can’t brand people like this and cast aspersions on court … We have serious objections on people whom we have appointed being called names and that this Court has interest in selecting them. We will decide on the constitutionality of the laws but we will not expose the members whom we appointed to such maligning based on public opinion decided by majority”.

CJI Bobde defended the committee members saying: “They are the most brilliant minds in the field of agriculture. Do you think they don’t understand the subject. Even the best of judges have given an opinion but have later delivered judgment taking an opposite view”.

“In democracy, other than repeal, the power to set aside a law lies with the court. We are seized of it. But we request you to stop the agitation”, the bench told the farmers’ unions who expressed the apprehension that the members of the committee might be biased.

Even as the Prime Minister has announced the Government’s intention to repeal the farm laws, the Supreme Court’s claim to be “seized” of them because it has the power to set them aside, appears hollow.

Having not heard the petition since then, the Supreme Court may well see the merit in Ghanwat’s appeal to the CJI to release the committee’s report. By making the report public, the Supreme Court not only can facilitate enlightened public discourse on the issue, but get an opportunity to vindicate that its decisions to form the committee, and defend its composition were not in vain.