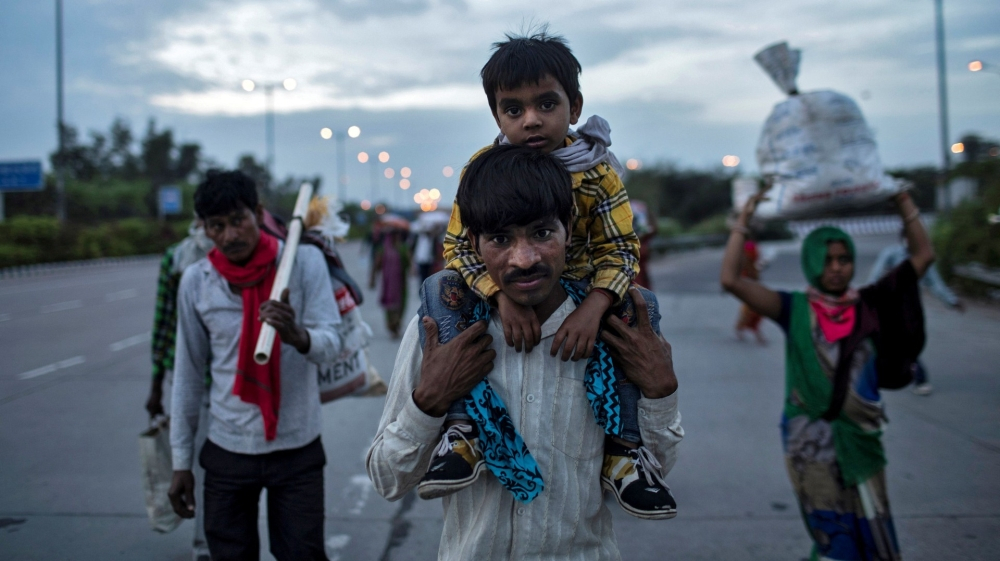 As Lockdown turns One, let us Look at Gaps in our Social Welfare Architecture

As a year has flown past after the lockdown, it is a good time to examine the flaws in our social protection systems that failed to provide relief to millions of poor people, writes PRANUTHI VEDULLA.

THE Covid-19 pandemic induced lockdown in India turns one. The images of distress and loss of our fellow citizens cannot and should not be forgotten. At the same time, the causes of such widespread distress should also not be overlooked.

The Union budget of 2021-22 posits a post-pandemic recovery approach. The government continues to push the U-shaped recovery and argues that our economy is back on track. This is evident from lesser allocations towards social safety programs. However, livelihoods and incomes are still not back at pre-pandemic levels.

This is a useful juncture to reflect on the architecture of our social protection systems which led to inadequate relief efforts. When it announced the lockdown, the government chose to be blind to the magnitude of loss it would cause to informal workers. It immediately tried to use its existing welfare systems but fell short because our systems lack robustness.

Various state governments supplemented and expanded their supplies of ration through pulses, oils, and other basic provisions. However, this remained inadequate. Many people found themselves left out as they were not identified as beneficiaries or due to system exclusions.

All across the country, it suddenly dawned that non-ration cardholders that were a huge number were equally in distress.

Many state governments had to introduce ad-hoc measures to target beneficiaries left out of the National Food Security Act. Community kitchens like Kudumbashree in Kerala, and Hunger relief centres in Delhi had to be set up on a mass scale across India.

These efforts proved to be unsustainable as dry ration kits or better quantum entitlements were required for better relief. This required our Public Distribution Systems and the databases of the National Food Security Act to be expanded. Some state governments like Jharkhand and Uttar Pradesh expanded ration to pending ration card registrations.

The Delhi government initiated an e-coupon system for dry ration for non-ration cardholders. State governments across rose to the challenge and came up with interesting innovations to rope in additional beneficiaries.

Bihar government conducted surveys for those who did not have a ration card but were in the transport sector such as rickshaw pullers. The Delhi government relied on MLA’s and other executives and gave them 2000 e-coupons each to be distributed to those who were left out of all systems and databases.

Apart from food relief efforts, state governments tried to provide cash and shelter assistance as well. Financial relief was announced to Jan Dhan account holders by the central government. Even direct benefit transfers also were inadequate largely due to low coverage and weak banking infrastructure. Many new forms of occupations such as domestic workers, sex workers, gig workers came to be recognised as equally vulnerable to shocks. Some governments tried to capture these in their relief efforts but largely remained unsuccessful due to inadequate data.

For instance, Tamil Nadu tapped into its existing welfare board whose members included scavengers and transgenders to provide cash assistance. Andhra Pradesh through a government order set up special shelter centres for beggars and homeless people in an effort to capture everyone who is left out of the system.

A common feature observed was that state governments that invested in social architecture could act quickly. This includes any form of social infrastructure such as schools, Anganwadis, local urban bodies which enabled governments to tap into these resources for innovative service delivery.

Moreover, many people were simply left out because our current databases were designed according to poverty lines that cannot target the informal workforce. The kind of flexibility that was shown by state governments was lacking in pre-pandemic infrastructure.

At the same time, our government could have done better if it had invested in social infrastructure and defined entitlements through vulnerabilities and not poverty lines.

As governments are moving into recovery approaches, it is crucial that we don’t blindly go back to our pre-pandemic social protection systems. These systems are highly exclusionary and inadequate as shown.

The way forward is to expand our social protection systems by measuring vulnerabilities. Poverty line measurements account for income, resources and consumption levels but do not show how resilient households are towards shocks.

Households rise and fall back into poverty through their lifetimes due to shocks such as job loss, climate disasters, illness and so on. This is a challenge as our social protection systems do not define beneficiaries through the lens of how vulnerable they are to falling back to poverty. Hence occupations and categories like gig workers and domestic workers were left out of social protection systems.

Governments need to look beyond food and cash transfer methods. During the lockdown housing evictions and labour exploitation issues resurfaced. Governments did not focus on this.

The Ministry of Home Affairs paid lip service by asking landlords to not evict people without any enforceable measures. Employment was provided through NREGA for the rural poor. No such parallel scheme existed for the Urban poor resulting in a mass exodus to villages. Rent and housing protections, wage protections, and health insurance are absent in our welfare framework.

The lockdown had provided an opportunity to understand the gaps in our social architecture. It is important to diagnose them and not fall back to pre-pandemic systems.

(Pranuthi Vedulla is currently working as a Kakatiya Governance Fellow with the Government of Telangana. She has been a LAMP Fellow and has also worked with the Delhi Government as a Delhi Assembly Research Fellow and has worked with Legislators in strengthening state capacity. She likes to read and write on Federalism and Decentralisation of Social Policies. The views expressed are personal.)