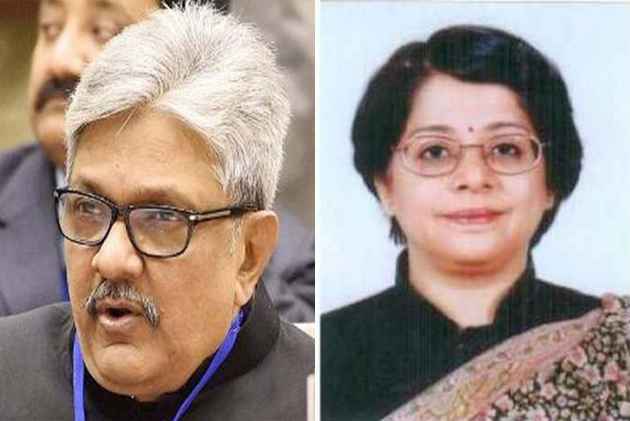 Appointment of Indu Malhotra as a Supreme Court judge is a win, but at a cost

Senior Advocate Indu Malhotra is now set to become the first female lawyer to be nominated to the Supreme Court directly from the Bar. While this is a positive step towards the goal of achieving gender equality in the extremely gender-skewed higher judiciary, there is more to this saga than what appears on the surface.

The Collegium had recommended both these names on January 10. However, in a controversial decision, the Central government has decided to reject one appointment while accept the other, against the opinion of the Collegium. In fact, in his letter, the Union law minister Ravi Shankar Prasad has said that Justice Joseph originally hailing from Kerala was a reason why his name was rejected, since Kerala is already represented in the Supreme Court through Justice Kurien Joseph, who’s set to retire by November this year.

While the law minister is trying to make a point that in a way that has basis in set precedent, especially because the appointment to the Supreme Court is based on merit, not mere seniority, his argument also falls flat since the Supreme Court Bar, following the appointment of Malhotra, too could be considered to be “over-represented”, since in 2014, two senior advocates, including current SC Justice Rohinton Fali Nariman, were appointed as judges directly from the Bar.

A similar debate had taken place in 2014 when the government had decided against elevating senior advocate and former solicitor general Gopal Subramanium to the Supreme Court, while accepting other recommendations of the Collegium. A letter was written in June 2014 by then Chief Justice of India RM Lodha had stated that the executive couldn’t segregate recommendations without prior approval of the Collegium. Similarly, former CJI Lodha has reiterated his 2014 position, saying the executive cannot unbundle the Collegium recommendations, lending the much-needed judicial weight to the 100-plus lawyers who have opposed the move by the Centre.

Reminiscent of the iconic scene in January this year, when the four senior-most judges of the Supreme Court, all of whom are members of the Collegium, pointed towards the government’s attempts to control the judiciary by sitting on Collegium recommendations for long durations, the latest move by the Central government has proved their point, underlining in no uncertain terms the executive interference into the workings of the judiciary.

Many have questioned if Justice Joseph is paying the price for presiding over the bench of the Uttarakhand High Court that quashed the presidential rule imposed by the Centre after dissolving the Uttarakhand Assembly.

The Centre recently also amended the recommendation of the judicial appointments body to apply its own writ, considered a violation of settled law and procedure.

According to settled law as well as the draft Memorandum of Procedure (MoP), the set of rules that guides appointments to the higher judiciary, judges of the Supreme Court and the high courts are appointed by the President on the recommendation of the Collegium.

It has been reported that hours before the government approved the appointment of Indu Malhotra, Justice Ranjan Gogoi and Justice Madan Lokur asked Chief Justice Dipak Misra to call a full court of all judges to discuss certain institutional issues and issues regarding the future of the Supreme Court.

Additionally, this comes days after the dismissal by Rajya Sabha Chairman Venkaiah Naidu of the motion to initiate impeachment proceedings against the Chief Justice of India Dipak Misra, which had been moved by Opposition parties led by the Congress. The notice of motion was received by him signed by 64 members of Rajya Sabha under Article 124(4) of the Constitution of India on April 20, 2018.