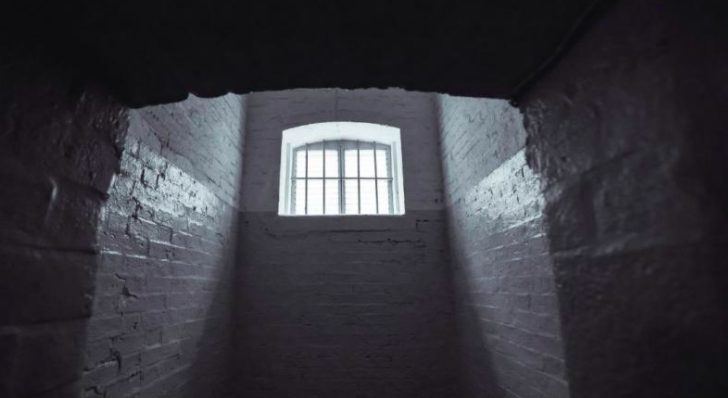 All that is Wrong with Indian Budgets for Prisons

The highly unsatisfactory conditions of prisons and prisoners often gets reported in India. To what extent is this related to budget-related factors? Analysis of official expenditure data for prisons for 2019 throws some light on this issue. Data from ‘Prison Statistics India 2019’, published by the National Crime Records Bureau, shows the total budget allocation for prisons was Rs. 6,818 crore. However, the actual expenditure was Rs. 5,958 crore during the financial year 2019-20. Prisons spent 34% of this on inmates. In 2019-20, this figure was Rs. 2,060 crore.

In the report, the percentage spent on inmates is unrealistically high in states such as Haryana and Andhra Pradesh—an impossible 100% and abnormally elevated 88% respectively—but let that pass. The higher estimate presented for some states also means considerably lower-than-average spending in other states.

There are 1,350 prisons in India, with a combined capacity of 4.03 lakh prisoners. The actual number of prisoners, as counted at the end of 2019, was 4.78 lakh. Prisoners are admitted to prisons all year long. However, they also get released on bail, parole, or for other reasons all year long. Hence, the number of prisoners admitted over a year is far higher than those included in the final headcount of inmates at the end of a calendar year. So, according to the 2019 report, 18,86,092 inmates got lodged in prisons over the year, and only 4.78 lakh were still in prisons at the year’s end.

It is crucial to keep the difference between these two figures while analysing the budget. Considering the prisoner count just 4.78 lakh would overestimate the budget available for prisons, while the 14 lakh prisoner count would mean that the governments need to step up their expenditure, even if many inmates stay for short periods.

That said, even if we confine ourselves to 4.78 lakh inmates, and divide the total spending on them (Rs. 2,060 crore) by this number, we get per Rs. 119. This is the per capita expenditure out of the annual expenditure of Rs. 43,096. Divide this by 365 for the per capita daily expense on inmates during 2019-20. Now, if we keep in mind the 14 lakh others who come in for short periods, then the per capita expenditure is significantly reduced. It hardly needs be said that this is highly inadequate. Further, no budget analysis can take into account corruption, which is known to be widespread in Indian prisons. Hence, what reaches inmates could be even less than Rs. 119 per head. Considering that 70% of the jail inmates are under trial and their crimes are not yet proven in a court, this is highly unjust.

The low per capita budget further reflects in the non-food component of expenditure. Food is cooked every day in bulk in jails, so 48% of the budget goes into this expenditure head. Only 1% was spent on clothing, 1% on education and vocational training and 1% on welfare activities, the 2019 report shows.

Keep in mind that the Rs. 119 per inmate expenditure. In effect, just about one rupee per day is available for every inmate’s clothing, only one rupee per day for education, and only one rupee per day for welfare activities relating to an inmate per day. In addition, only 4% gets spent on medical needs, which amounts to Rs. 4 per inmate per day. It is highly deficient, keeping in view that inmates suffer from a variety of ailments. Many come from poor and low nutrition backgrounds. Jails are often overcrowded and lack essential hygiene, while nutrition and food quality standards are often inadequate. The seriousness of the health situation is apparent from the fact that nearly 4.7 lakh hospital visits get arranged every year. Hence, even the medical budget is inadequate.

Against the provision of 3,320 medical staff for prisons, including doctors and others, only 1,962 are in place—about 59%. It means about 1.4 medical staff per prison. If we exclude the higher proportion of doctors in some of the biggest and more prominent prisons, many Indian prisons would have only one medical officer. What is more, among the medical staff, the number of women medical officers is only 254. In other words, there is less than one woman medical staffer for five prisons. It is not possible to attend to most medical problems of prisoners with such a shortfall of human resources.

One way out for jail officials is to simply underestimate the extent of medical problems prisoners face in prisons. So, while the number of those suffering from mental health problems is known to be very high in prisons, officially, these are estimated to be just about 7,300, or only five per prison. At 7,300, the percentage of mental health patients is estimated to be less than two per cent of the total inmates of 4,78,000 counted at the end of the year—after excluding those who are inmates for shorter periods. By this estimate, Indian jails are the healthiest places globally from the mental health point of view. The number of persons who suffered from serious and common mental health problems in the United States and OECD countries in 2019 is estimated at 20%.

Consider the availability of psychiatrists, psychologists, welfare officers, probation officers—all combined into one group of correctional staff—1,307 posts have been provided for 1,350 Indian prisons. It is less than one per prison, much less if we account for the higher number of mental health professionals in a few selected prisons. However, the actual number who have been appointed is only 761, which brings the figure closer to one correctional staffer for every two prisons.

Seen as a percentage of total prison staff, the number of doctors and all medical staff, psychiatrists, psychologists, welfare officers and probation officers (about 2,700 out of the total staff strength in jails of about 60,000) is just about 4%. This figure shows the very low priority in prisons to health, mental health, correctional services, and welfare.

Budgets must increase, and budget priorities should improve to create adequate space for jail reforms. Budgetary aspects should receive sufficient attention in the discourse on jail reforms. Without proper prioritization and allocations, it will be difficult to reform jails despite all the discussion.

The writer is an honorary convener, Campaign to Save Earth Now. His recent books include Man over Machine and Protecting Earth for Children. The views are personal.