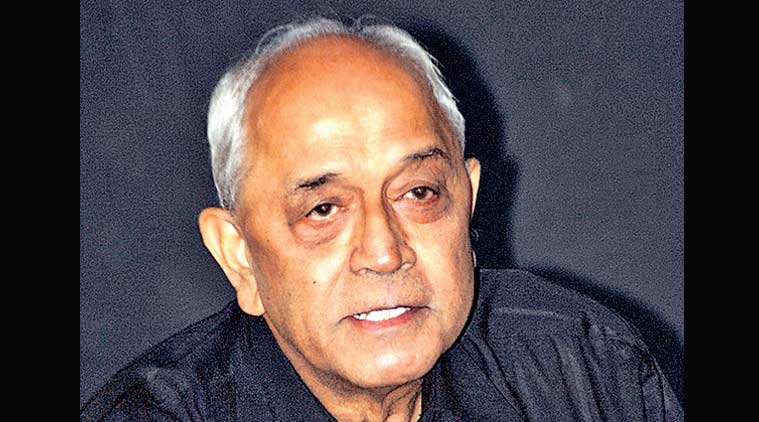 Admiral Ramdas, Former Chief of Naval Staff: “Why I am filing a Writ Petition and PIL on the Judge Loya case”

The Supreme Court has been hearing a batch of petitions seeking investigation into the circumstances surrounding the death of Judge Loya who was hearing the Sohrabuddin Sheikh encounter case in which Amit Shah was one of the prime accused.

Judge Loya had gone from Bombay to Nagpur to attend the wedding ceremony of the daughter of a fellow judge on 30.11.2014. However, tragically his family was intimated about his sudden death on 01.12.2014 during the early hours of the morning. Judge Loya’s body was delivered to his native village Gategaon on the same day late at night. Judge Loya’s family was informed that he had suffered a heart attack, however the family made an appeal for an investigation into the death of Judge Loya as it was suspected as being unnatural.

Two articles publishes in the News magazine The Caravan on 20.11.2017 and 21.11.2017 threw light on these suspicious circumstances surrounding the death of Judge Loya by interviewing his family members. Based on the extensive media coverage, petitions were filed in the Supreme Court seeking an investigation into the circumstances surrounding the death of Judge Loya. The Hon’ble Chief Justice of India in the order dated 22.01.2018 directed that all petitions or interventions filed in relation to the Judge Loya case would be heard by a bench consisting of the Hon’ble CJI himself.

The ECG which was alleged to have been to done has not provided to the Court, leading to the suspicion that there was no ECG done. Additionally, the family was not informed that a post-mortem was being done depriving them of the opportunity to remain present. Another curious issue that has been raised is the absence of an entry of Judge Loya having stayed at the Government  guest house Ravi Bhawan.

Admiral Laxminarayan Ramdas has filed an intervention application in the matter after being given liberty by the order of the court to file the IA.  Admiral Ramdas is being represented by senior advocate Ms. Indira Jaising and raises several inconsistencies in the version put forth by documents on record and media coverage of the matter. The application also raises several pertinent grounds for the investigation of the death of Judge Loya. The main reliefs sought in the application include the formation of a multi-member committee of retired judges and retire police officers with appropriate powers under the Criminal Procedure Code to investigate the circumstances surrounding the mysterious death of Judge Loya. The application further prays that persons wishing to provide evidence regarding the death of Judge Loya be given the opportunity to do so. Finally the application prays for an investigation into the arbitrary transfer of CBI Judge Utpat who was hearing the Sohrabuddin Sheikh encounter case before Judge loya.

Admiral Ramadass held the position of Chief of the Naval Staff in the Indian Navy from 30 November 1990 to 30 September 1993. During his time in the Indian Navy he acquired multiple awards such as Vir Chakra, Param Vishisht Seva Medal, Ati Vishisht Seva Medal and the Vishisht Seva Medal. He has been an outspoken activist in civil society advocating transparency in the armed forces and peace between India and Pakistan.  He was also recognised by the Maharashtra Government by the award of the Gaurav Puruskar in 1990. After his retirement from the Navy, he was recognised for his work in religious and communal harmony by the Staines Religious Harmony Award in 2003. In 2004, he was also recognised for his work for Peace in the neighbourhood, by the Award of the Ramon Magsaysay Award for Peace.

Given below is the personal testimony of Admiral Ramdas on the reasons why he has filed an intervention application in the Judge Loya’s case:

“To Whom It May Concern

So why am I filing a Writ Petition and PIL on the Judge Loya case? How and why am I concerned?