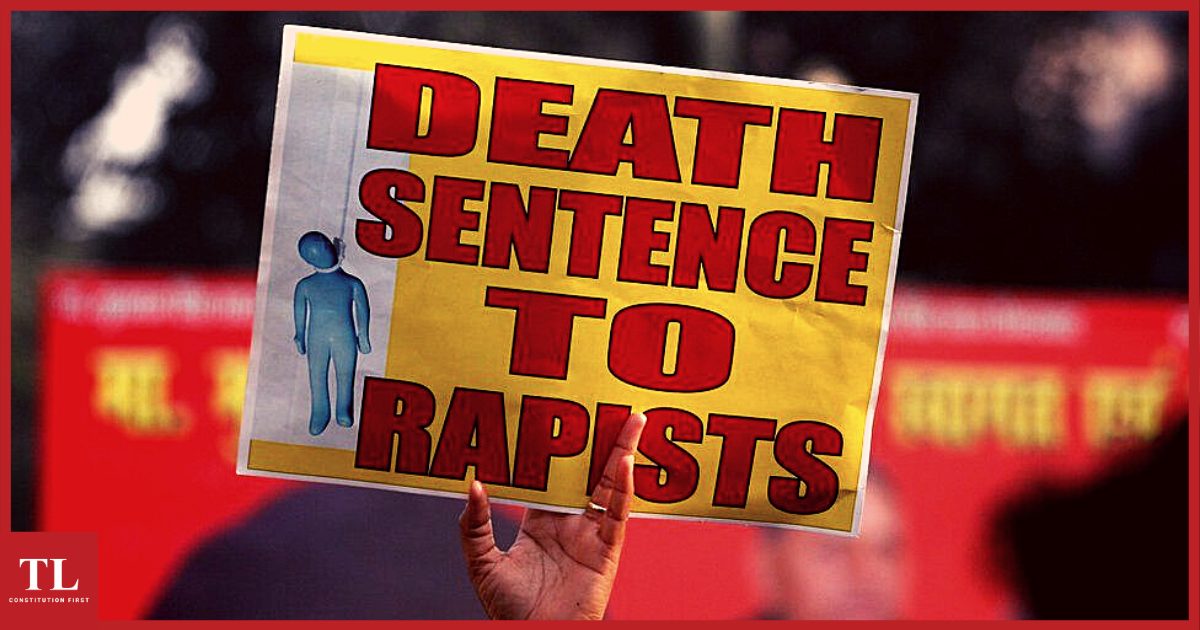 A Reflection on the Death Penalty for Rape in India

Reflecting on the recent spate of the award of the death penalty to offenders in seven different rape cases across the country, MD. TASNIMUL HASSAN argues for the abolition of capital punishment from the Indian criminal justice system, by pointing out the absurdity of the ‘rarest of rare cases’ doctrine and the extraordinary discretion given to judges to decide whether a particular case fits within that category and the lack of any empirical evidence that the death penalty functions as an effective deterrent.

THE idea of punishing an offender finds its roots in the theory of retributive justice. As per the United Nations High Commissioner for Human Rights, Michelle Bachelet, while rape is wrong, the death penalty is not the answer to it.

However, India continues to administer the same for certain kinds of rapes (see sections 376A, 376AB, 376DB, and 376E of the Indian Penal Code, 1872). It is joined by only six other countries where rape is punishable by death, those being Bangladesh, China, Iran, Pakistan, Saudi Arabia, and the United Arab Emirates.

Only in March 2021, at least seven trial courts in India (in Azamgarh, Bulandshahr, Jaunpur, Jhunjhunu, Nanded, Paravur, and US Nagar) awarded the death sentence to convicts for rape and murder, with the victims being minors in most cases. The general justification for all the sentences was that the acts of the accused were “most brutal and inhumane which is beyond description” and that it was the “rarest of the rare cases.”

Also read: Death penalty for child rapists is no solution to the entrenched social malaise

Why does India, a liberal democracy, impede an individual’s right to life, even if the said individual is guilty of committing a heinous offence, by administering the death penalty?

The ‘rarest of rare’ doctrine

After India’s independence, a crucial change in its criminal law was made in 1955, when the Parliament repealed section 367(5) of the-then Code of Criminal Procedure (CrPC), 1898. Until then, the provision had mandated the courts to record reasons where it decided not to impose capital punishment for offences where the death penalty was an option.

A fresh CrPC was re-enacted in 1973 which differed from the 1898 CrPc in several ways. Notably, section 354(3) mandates judges to provide special reasons for choosing to impose the death sentence.

A five-judge Constitutional bench of the Supreme Court restricted the scope of the imposition of the death penalty in its landmark judgment in the case of Bachan Singh v. State of Punjab (1982) 3 SCC 24, requiring it to be imposed only in the “rarest of rare cases”, where the option of life imprisonment has been “unquestionably foreclosed.” Justice P.N. Bhagwati dissented from the majority view in the judgment, rejecting the contention that the death penalty serves any social purpose of retribution, reformation or deterrence while holding the death penalty to be violative of Articles 14 and 20 of the Indian Constitution.

The judgment went on to lay down a list of aggravating and mitigating factors to follow while deciding between life and death. The sentencing courts have been granted extraordinary discretion in this regard, which makes the sentencing policy vague, ambiguous and arbitrary.

Every imposition of the death sentence traditionally concludes that it is ‘the rarest of rare case.” How does one, then, distinguish between an ‘ordinary rape’ and a ‘rare rape’, in order to apply this principle?

A recent study by the legal research and advocacy group Article 39A shows that judges penalise offenders depending on their own sensitivity, and the absence of an underlying normative understanding of mitigation leaves the field open for arbitrariness. For example, the Madhya Pradesh High Court asked a man accused of molesting a woman to get a rakhi tied by, and give Rs. 11,000 to, the victim as part of the customary offering made by brothers to sisters on the occasion of rakshabandhan, as a condition for his bail; this was later scrapped by the Supreme Court.

There are also ample instances of such a sentence being awarded without any basis in conclusive evidence. For instance, the Bombay High Court recently acquitted a 34-year-old man handed the death sentence for a minor’s rape and murder, while slamming the prosecution for the “most insensitive manner” of investigation.

The death penalty also has a severely disproportionate impact on socio-economically vulnerable groups, as another report by Article 39A suggests.

A mode of punishment that is administered arbitrarily, that is, imposed on some individuals but not on others, and with no valid justification, is simply barbaric. The administration of justice cannot be based on the notion that all murders are brutal, but some murders are more brutal than others.

This subjectivity undermines the essence of justice and arguably encourages an inadvertent reliance on personal leanings, rather than any concrete judicial principles. Unfortunately, the harm done to those who have been executed until now, due to the vengeance of society, cannot be reversed.

Also read: Death penalty shows just how political in nature the criminal justice system happens to be in India

The failed idea of deterrence

A common justification for the death penalty is that the revulsion felt by society against the murderer can be satisfied only by the offender’s death. Thus, death penalty is awarded to create a deterrent effect on society, so that people fear the consequences of the offence. However, studies show no link between the death penalty and crime rates; hence, the argument of deterrence holds no water.

In its judgment in the case of Coker v. Georgia, 433 U.S. 584 (1977), the U.S. Supreme Court had held that the death penalty for rape of an adult woman was grossly disproportionate and excessive, and therefore violative of the Eighth Amendment of the U.S. Constitution.

Further, in the more recent case of Kennedy v. Louisiana, 554 U.S. 407 (2008), the U.S. Supreme Court’s judgment ruled that the death penalty is unconstitutional, except for in cases of homicide or crimes against the State (22 of the 50 American states have completely abolished the death penalty as of 2020).

The Law Commission of India also noted in its Report No. 262, published in 2015, on the death penalty, that, “[t]he notion of “an eye for an eye, tooth for a tooth” has no place in our constitutionally mediated criminal justice system. Capital punishment fails to achieve any constitutionally valid penological goals.”

This reflects what the late Canadian parliamentarian and journalist George Perry Graham had argued, more than a century back, in 1914 before the Canadian House of Commons, that, “if in this present age we were to go back to the old-time of ‘an eye for an eye and a tooth for a tooth,’ there would be very few gentlemen in this House who would not, metaphorically speaking, be blind and toothless.”

The death penalty is “doomed to failure”

Though victims of criminal offences are represented in court by the State, what does the victim get from it in terms of real value? The death penalty seeks to offer justice to the victims, but killing the accused might never serve the purpose.

As Justice Harry A. Blackmun of the U.S. Supreme Court opined in the court’s judgment in the case of Callins v. Collins, 510 U.S. 1141 (1994), courts must realize that the aim of administering the death penalty fairly is “doomed to failure”. Justice Blackman remarked, at the conclusion of his dissenting opinion, that he had faith that the death penalty would eventually be abandoned, even if he may not live to see that day.

(Md. Tasnimul Hassan is a law student at Jamia Millia Islamia, Delhi, and a part of Students For Liberty’s Fellowship For Freedom in India. The views expressed are personal.)