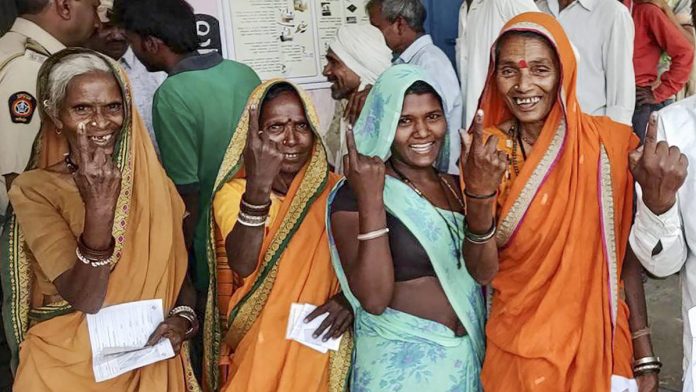 Panchayati Raj, or local self-governance, was a dream Mahatma Gandhi cherished. He considered it the ideal model to develop India’s villages. India had to wait till 1993 to realise Gandhiji’s dream. The results of the Panchayati Raj experiment are transformative. MOIN QAZI highlights how women are steering local democracy and paving the way for the all-around prosperity of their communities.

OVER the last two decades, the gender landscape in rural India has slowly changed, bringing women to the cusp of a powerful social and political revolution. The harbinger of this change is a unique policy experiment in village-level governance that has transformed the weakest of the weak and poorest of the poor: women in rural India.

To empower women is the last great impediment to universal progress. Even though Indian women enjoy constitutional equality with men, deeply entrenched stereotypical norms, illiteracy, and social and economic subjugation thwart their freedom. Women did not have much social agency or political power, so they could not control resources or direct choices about decisions that are important to their lives.

In 1993, India amended the Constitution to accommodate Panchayati Raj—which effectively means village self-governance—and legislate previously non-binding rules. It introduced a three-tiered structure at the village, block, and district levels. A third of seats on every village council were reserved for women. The vision was that these women-headed councils would bring greater transparency and governance. It revitalised an age-old system of rural local government whose name, “panchayat”, is drawn from Sanskrit, meaning a council of five wise men.

Panchayati Raj institutions come as close as possible to the ideal of direct democracy. It gives people access to their chosen local representatives. It enables better management of critical local issues such as primary health care and education, women and child development, and management of farming, water, and sanitation. This arrangement helps develop and strengthen basic infrastructure and satisfies the needs of people who live far from the power centre.

This new law was a step towards the fruition of Mahatma Gandhi’s dreams of village-level self-governance. Gandhi believed that, if implemented correctly, Panchayati Raj would counter the alienation of citizens from governance and reduce the need for external interventions by higher-level civic officials, who may be unfamiliar with local concerns.

Panchayati Raj institutions serve as a bridge between the central government’s policies and services delivered at the block and village levels. Earlier, village administration was a state subject as the concept of local self-governance did not exist, at least not constitutionally. Now Panchayati Raj institutions can involve more grassroots people in democratic decision-making processes.

Panchayati Raj institutions serve as a bridge between the central government’s policies and services delivered at the block and village level. Earlier, villages and their administration were state subjects as there was no concept of local self-governance, at least constitutionally. The fundamental idea behind them is to involve more people from the grassroots level in the democratic decision-making processes.

The space for women which Panchayati Raj provides has dramatically increased the political representation of women in local government and spurred one of the greatest successes anywhere for women’s empowerment and grass-roots democracy. The hope was that such a quota, beyond its immediate impact on gender balance among leaders, will have the long-term effect of changing perceptions about women in leadership positions and reshape beliefs about their capabilities.

There were several initial reservations about whether women would be able to handle their new role as representatives of grassroots democracy. The contention was that disadvantaged and politically-inexperienced women would be overruled or manipulated by spouses or powerful local interests. Yet women are slowly overcoming deep-seated cultural resistance and achieving goals that earlier faced resistance or roadblocks.

Experience has shown that women are not just equal to the task but better orient public goods towards the preferences of women—namely, they focus more on providing water, healthcare, and roads.

There is a perceptible opening in the political space for women. As other commentators have said, it is not the “earthquake anticipated by activists, but a thousand tiny changes”, each of which was inconceivable in the era before these quotas. Remarkably, women are setting aright Indian demographics and social indices. The reservations have created irrevocable change: everyone has seen women run the show now, so there can be no questions about whether that is possible.

There is a perceptible opening in the political space for women: not the earthquake anticipated by activists, but a thousand tiny changes, each of which was inconceivable in the era before the quotas. Remarkably, they are now setting aright Indian demographics and social indices. The reservations have created irrevocable change: everyone has seen a woman run things, now, and there can be no questions about whether that is possible.

The experience has also created a pipeline of diverse people who have now gained experience in elected office and are better able to represent the needs of people. These women have slowly learned to climb the political greasy pole and are actively exploring other options available to them as citizens.

Women are changing governance are evident in the issues they choose to tackle, such as water, alcohol abuse, education, health, and domestic violence. At the functional level, politics aims to maintain law and order, resolve conflicts, achieve justice, and provide good living conditions to all. As this authors has said elsewhere, considering the impact that politics can have, perhaps no activity and profession are nobler, although it has become murky over time. Now, many rural women are using Panchayati Raj institutions as an opportunity to make politics less cumbersome and corrupt.

The presence of a female leader in a village significantly increases the aspirations that families harbour for all young girls and women. They have also improved educational outcomes for adolescent girls, which will improve the labour market over time and help bridge the ratio of male-female working populations. “In India, the gender gap in education goals has disappeared because girls set higher goals for themselves. Parents are also more likely to report having more ambitious education goals for their daughters, significantly narrowing the gender gap. Conversely, in villages with only men leaders, they found a huge divide in expectations for girls and boys,” as this author has earlier written.

Women who can influence the delivery of public services by sheer dint of being in leadership positions can catalyse other processes of change too. The first generation of women leaders had to cope with entrenched mores and traditions that locked them into purely domestic roles. Now their presence in local organisations and committees has convinced society that women have the ability and potential to lead.

By increasing exposure to non-traditional leaders, the reservation system has changed voter’s attitudes towards the ability of disadvantaged groups to lead everybody. Thus the quota system is influencing the status and roles of women in the conservative Indian society for the better.

Several women who started their political careers as self-described “rubber stamp” officials are now asking questions about budgetary allocations. They stride into government offices with polished informality, share their concerns with officials in supportive and yet assertive tones. They are challenging the traditional village male elite by defying social codes to become powerful aspirational symbols and role models.

There are still large swathes where discriminatory traditions dominate. Several factors constrain the effective participation of women leaders in such areas. Some of these relate to a patriarchal culture, which neither sees women as political entities nor allows them to develop their potential. The same cultural standards prohibit women from imagining themselves as political entities. Lack of basic familiarity with political governance and absence of legal literacy also comes in the way of women.

The heroic stories of tenacious women scripting success stories are great signs of a brighter tomorrow. Still, we must remember that women’s empowerment is a journey, not a fixed point that yields to simple policies.

For a country that has a poor record of women’s rights, India has certainly set a stellar example with the reserved seats for women in local governance. As Chilean author and women’s advocate Isabel Allende once said, “If a woman is empowered, her children and her family will be better off. If families prosper, the village prospers, and eventually so does the whole country.” It is an example of how a country can indeed successfully empower women, politically, economically, and socially.

(Moin Qazi is a well-known development professional. The views expressed are personal.)