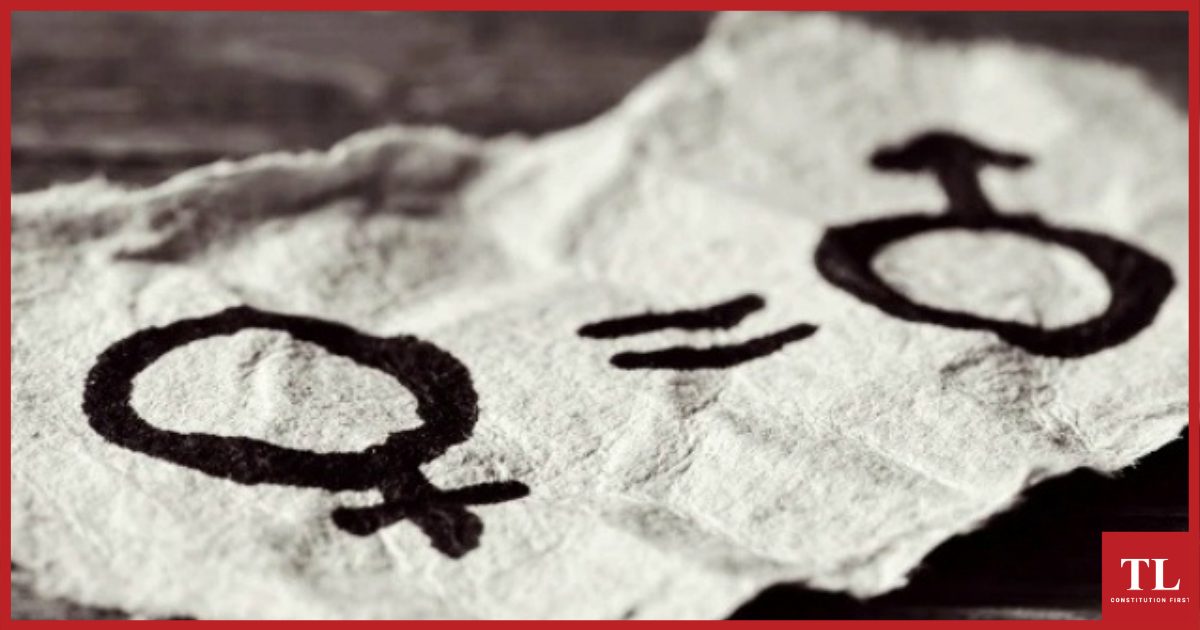 Women Politicians Face Sexism and Misogynism in the “Boys’ Club”

The world over, women politicians have faced the ire and taunting of men who consider them unfit for the hurly-burly of politics. From sexist slurs to personal attacks, heads of state have reinforced gender stereotypes. Unless these women are tough, they face a lonely time ahead. In India, they have donned the image of a mother or elder sister to survive. Sadly, neither the book on Unparliamentary Expressions nor the ElectionCommission’s Code of Conduct explicitly condemning sexist language and misogynistic terminology have worked, write PRERNA DHOOP & VANDANA DHOOP.

“A sad truth: our world is full of men and women who do not like powerful women. We have been so conditioned to think of power as male that a ‘powerful woman’ is an aberration and so she is policed.”

IN the recently concluded assembly elections in Bengal, Prime Minister Narendra Modi repeatedly mocked and taunted Chief Minister Mamata Banerjee by saying, “Didi, O Didi” during his rallies. This sexist Bengali expression raised the hackles of women’s rights activists and political opponents who said such a tenor was unbecoming of the high public office Modi occupies.

Worldwide, sexist remarks by male politicians and heads of states against female colleagues are a regular phenomenon.

In a shocking incident, Brazil’s President, Jair M Bolsonaro, told Congresswoman Maria do Rosario: “I wouldn’t rape you because you don’t deserve it.”

At this juncture, two questions arise: What is the significance of political leaders’ vocabulary, values and viewpoint in a democracy and how should such deep-seated sexism and misogyny in political discourse be addressed?

According to the “ideational theory of meaning”, statements made by leaders cannot be viewed as neutral, abstract or harmless. Rather, their words reflect their own ideology, outlook, mentality and consciousness. John Locke observed in “An Essay Concerning Human Understanding”: “Words in their primary or immediate signification stand for nothing but the ideas in the mind of him that used it.”

During a discussion in the Australian Senate on curbing violence against women, Senator David Leyonhjelm told co-senator Sarah Hanson-Young to “stop shagging men”. Shockingly, he repeated the sexist slurs even on television and radio interviews.

When homemaker turned political leader Svetlana Tikhanovskaya posed a formidable opposition to the 26-year-old dictatorship of Belarusian President Alexander Lukashenko, he called her an “unhappy” and “weak girl” who was not made to rule a country which was the sole prerogative of a man. Being a woman and homemaker, she was considered unsuitable to nurture political ambitions.

Prior to a political debate with Svetlana, Lukashenko snubbed: “She’s just cooked tasty cutlet, maybe fed the kids and the cutlet smells nice. And now there’s supposed to be a debate about some issues. What are we talking about?” Women are judged so harshly that they lose the confidence to even enter politics.

Through their sexist words and gestures, heads of state reinforce gender stereotypes and discriminatory and exclusionary practices. They end up reinforcing the “superior” identity of men.

When Senator Kamala Harris became the first woman of colour to become vice-president of the US, outgoing President Donald Trump called her “this monster” and “totally unlikeable”. By commenting on her ethnicity, gender and appearance, he was being racist and sexist.

Politics has exclusively been a male preserve and its political language a toolbox that has helped build and maintain the patriarchal superstructure. This is difficult to dismantle.

For this very reason, Karl Marx had rejected the French Declaration of 1793 in form and substance because the popular rights of Liberty, Property, Security and Equality were declared as the “Rights of Man”. Political discourse and language are intrinsically connected to an egoistic male perspective and male values.

Even in the Indian context, women are under-represented in the legislature and executive.

In the Council of Ministers, out of 59 ministers, just five are women, and only two of them hold cabinet rank. There are very few women in India’s political institutions and the treatment meted out to them is even worse. Evidently, the political sphere in India continues to be a boys’ club.

The dilemma is whether political discourse and language should be sanitised or whether women leaders should toughen up and become immune to the prevailing sexism.

Women politicians are told that there is nothing to complain about as it is all a part of the rough-and-tumble of politics. If they are to succeed as leaders, they must put aside their feminine “softness”. For example, sexist slurs are often pardoned in Australian politics and termed as “boisterous conduct” common in the “nation of larrikins”.

In India, the same is dismissed as “boys will be boys”. Although preceded by two women presidents, President Rodrigo Duterte of the Philippines still believes that presidency is not for women because the emotional set-up of a woman and a man is totally different.

In reality, it is a Catch-22 situation for women politicians. If they don a stoic demeanour for fear of being called too emotional or vulnerable, they are termed as Iron Lady Margaret Thatcher or Ice Maiden Theresa May.

Political leaders like Julia Gillard, Theresa May and Kamala Harris who are not biological mothers are accused of forsaking feminine traits like empathy, caring and nurturing in their pursuit of power and fame.

Unfortunately, there is less regard for their substantive capabilities as political leaders and more concern about their gender.

This has often led to women leaders becoming angry and dejected. Although they experience sexism on an everyday basis, they often feel lonely because gender injustice in politics is hardly acknowledged.

Most of them are shy and reluctant to report sexist instances because their complaints are either dismissed or diminished with the flick of a hand. Unfortunately, even women do not stand in solidarity with their kin; rather, many perpetuate such sexism.

So what are the options available to women in these circumstances? Firstly, women must challenge the in-built patriarchy and rewrite the political discourse and language. Women must understand that unless they sit at the political table, their unique perspectives, life experiences, priorities and voices will simply not be heard.

There are women who have been torch-bearers. One of them is Dakshyani Velayudhan, who was born into a Dalit family, but rose to become a member of the Cochin Legislative Council and finally, a  member of the Constituent Assembly. She was among the first generation of people to be educated from her community and demand abolition of untouchability in India.

In France, Olympe de Gouges, a playwright and social reformer, challenged the patriarchal nature of politics during the French Revolution and contrived a parallel Charter of Declaration of the Rights of Woman and Citizen. She reinterpreted provisions of the Declaration of the Rights of Man and Citizen from a female standpoint and highlighted the hypocrisy of men who were only willing to uproot the tyranny of the class order, but unwilling to subvert the oppressive sexual order.

Secondly, women can reclaim and own vulgar words and abuses that have been used to instill fear and shame in them to fight the patriarchy and misogyny in politics. When American Congressman Ted Yoho called his female colleague Alexandria Ocasio Cortez “a fucking bitch”, instead of just condemning him, Cortez went a step further to own the abuse. With an air of flamboyance, she retorted “bitches get stuff done!” A similar example is the word “queer” which was once a hateful epithet used against LGBTQI+ individuals. It was reclaimed by women and trans-rights activists and given a new meaning to symbolise dignity, autonomy and respect for the community.

However, very few words had as much success as “queer” and “bitch”. Women leaders must be cautious because it is likely that vulgar words  might not immediately take on radically new meanings capable of generating a positive social change.

Thirdly, in contrast to the “bad bitch” imagery, female leaders across the political spectrum have donned an asexual, dignified and respectable imagery of a mother or elder sister like “Daw” or “Amay” Aung San Su Kyi, “Mutti” Angela Merkel, “Amma” Jayalalitha and “Didi” Mamata Banerjee.

Political culture and experience across generations have shown how the good “mother” image has not just unified women in politics but created an acceptable and likeable social identity for them.

That is how they have survived for so long in inherently patriarchal and misogynistic political cultures.

Fourthly, there must be a formal complaint mechanism and punitive measures available for women politicians to invoke against individuals for their sexist comments.

The Handbooks for members of the Rajya Sabha and Lok Sabha prescribe a Code of Conduct, Customs and Etiquettes for MPs who “are expected to maintain high standards of morality, dignity, decency and values in public life”.

Further, the Election Commission of India has laid down the Model Code of Conduct for Political Parties and Candidates and suggested that candidates must only criticise their political opponents’ work, policies and programmes and not comment on their personal lives.

Sadly, neither the bulky booklet on Unparliamentary Expressions nor the ECI’s Code of Conduct explicitly condemn sexist language or misogynistic terminology.

In an exemplary instance when a male opposition MP called New Zealand Prime Minister Jacinda Ardern a “stupid little girl” in the august parliament, Speaker Trevor Mallard halted the proceedings and sought an official apology and immediate withdrawal of the sexist comment. Such actions are rare but commendable and instill confidence among women politicians.

Fifthly, a loud and flamboyant strategy similar to “The Shrieking Sisterhood” of 1893 in New Zealand and Southern Australia may be adopted by female politicians and leaders in India. Although they were called names like “the noisy agitators”, “advocates of fads”, “advanced women” and “possum stirrers”, the shrieking sisters fought vociferously for the right to vote. New Zealand then became the first country in the world to grant franchise to women.

In the light of incessant sexist remarks against women leaders across the political spectrum, what foremost Australian feminist figure Dame Roma Mitchell said in 1993 comes to mind. Espousing flashy tactics as legitimate political tools for women today, she said: “I think that we were right for our time for adopting the maxim, ‘softly, softly, catchy monkey’, but I also think that that time has passed.”

(Prerna Dhoop is an Assistant Professor at National Law School of India University, Bangalore and Vandana Dhoop is an independent research consultant based in Kolkata. The views expressed are personal.)