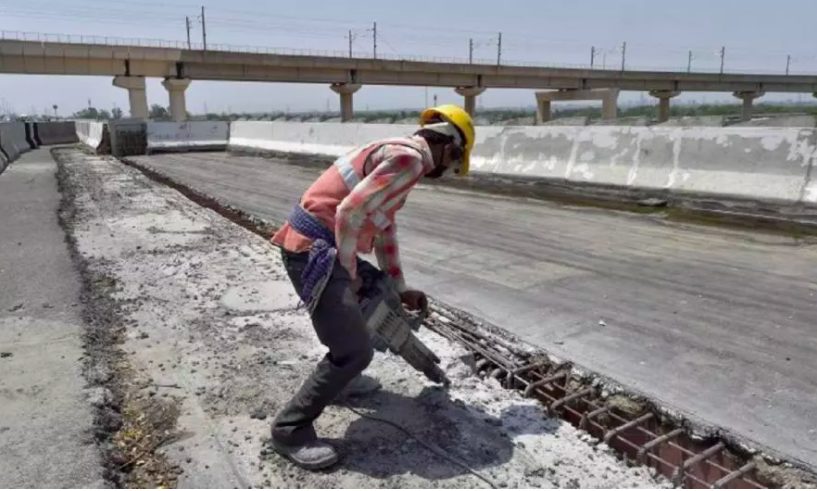 With No Relief in Sight, Centre Adds to Misery of Construction Workers amid Lockdowns

Pawan Mondal (28), a resident of Dakshin Barasat in South 24 Parganas district, is a bricklaying mason by profession. In the lockdown period of the Covid-19 second wave, Mondal along with his two sons and his wife are running from pillar to post to get some benefit under the cess fund meant for welfare of the construction workers. But he has had no luck.

On the other hand, if Mondal speaks of khoraki (extra payment) to the building promoter under whom he works, the employer reminds him of his status as a daily wage earner. In fact, lakhs of construction sector workers, all registered and bona fide, have appealed to the governments to help them during the lockdown period. However, they have received no positive response from either the Centre or the state government so far.

Interestingly, only states like Delhi, Maharashrta and Kerala have complied with providing Rs 5,000 as interim relief to the construction workers and to stand beside the interstate migrant workers.

Meanwhile, the central government has lessened the scope of the cess collection from houses costing up to 50 lakh rupees, which employs contractors to build the houses.

Speaking to Newsclick, he said that the move of the central government in lessening the scope of the cess collection would result in a shrinked cess fund for the huge number of construction workers of the country and will be detriemtal to their interests. The cess fund used to carry out a huge array of welfare activities for the construction workers would now face financial constraints, he said in disdain.

This would mean ouster of over 90% of the bona fide construction workers who work under small scale projects (compared to big contarctors) from the welfare funds and whose name was enrolled in the government list by the unions.

In another development, making a change to the act, the central government has also expunged the segment where interstate migrant labourers were said to be paid the stipulated wages plus the 50% of minimum wages of the state as an add–on money so that they can return home. “Changing the labour codes is highly detriemental to them,” Chakrabortycommented.

After the Covid-19 situation led to raw material shortage in many places, except in large scale public sector projects in Irrigation and power plants in Himachal pradesh and Punjab, constructon work has been ceased and inter–state migrants are again trying to return home.

Moreover, the price of building material has increased many folds amid the pandemic and with a high production cost, promoters have stopped working on majority of their sites. Chakraborty added that about 28 crore people, considering staple family size of four people for the 7 crore Construction workers, were related to the construction industr , the largest after agriculture. “However, even after writing to the Prime Minister nothing has come up. Even the West Bengal government has not arranged for payment of money through the welfare fund to its construction workers,” he said.

With reduced investment in infrastructural projects at the moment and scant attention to them from either the central or state government, construction workers are looking at a bleak and uncertain future at the moment.