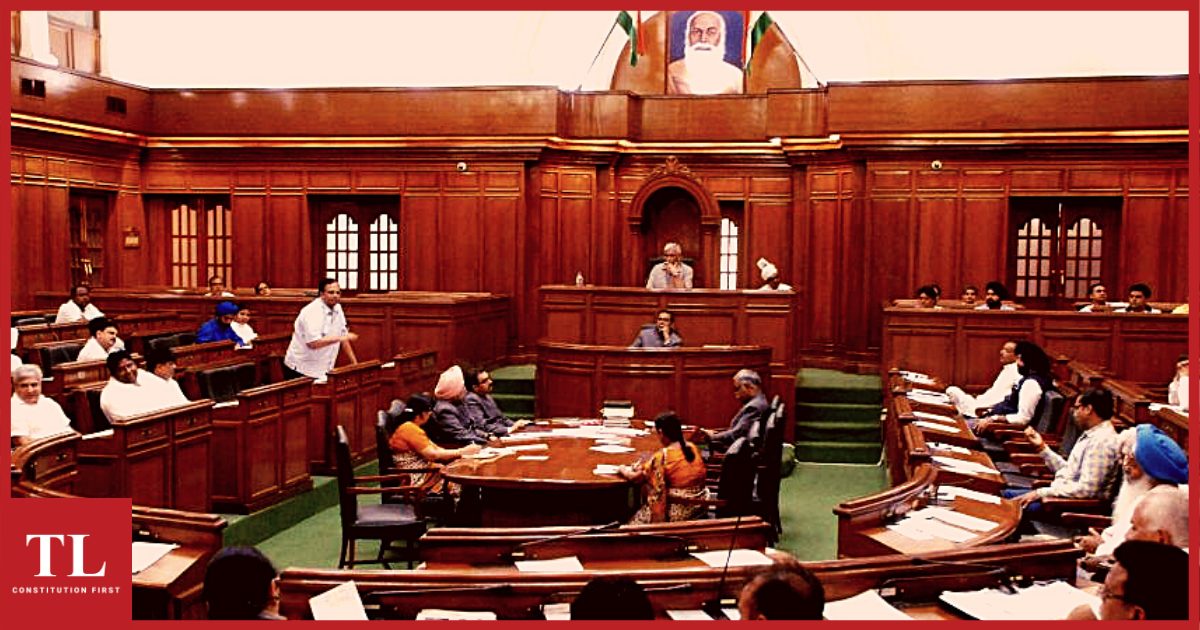 With LG at Helm, Expect Policy Paralysis in Delhi

On 28 March, the President assented to the Government of National Capital Territory (Amendment) Act, 2021, which makes the Lieutenant-Governor the head of the Delhi administration. BRAHM SAREEN AND SHIVESH SAINI explain why this will fuel, not end the political scuffle between the Centre and the government of Delhi.

THE emerging global image of the Indian democracy is of an “electoral autocracy”. The central government is making this charge appear more realistic with some of its decisions. For example, on 28 March, the President gave his assent to the Government of National Capital Territory (Amendment) Act, 2021.

The Act gives the Lieutenant-Governor of Delhi more powers to control policies and decisions of the elected Aam Aadmi Party (AAP) government in Delhi, led by Chief Minister Arvind Kejriwal.

The Kejriwal government has called the new law unconstitutional and anti-democratic. The constitutionality of the amended law is being questioned by many others. In the past, the Delhi government and its previous Lieutenant-Governors have engaged in various degrees of conflict.

Their skirmishes ended up in the Supreme Court as well, whose five-judge Constitutional Bench gave in 2018 a judgement followed by a 2019 judegment by a Division Bench. At the core of the amendment passed in Parliament is Article 239AA of the Constitution, which was introduced by the 69th Amendment in 1991. That amendment gave Delhi its present title of “National Capital Territory” which makes the Lieutenant-Governor the head of the administrative machinery.

Article 239AA also gives the Lieutenant-Governor powers to refer “any matter” to the President in case of a conflict between the Delhi government and his office.

Section 2 of the amended law inserts a new sub-section 3 in the original 1991 Act, which states that “government” referred to in any law made by the Legislative Assembly shall mean the “Lieutenant Governor”.

In other words, any law passed by the Legislative Assembly of Delhi, which uses the word “government”, would simply mean the Lieutenant-Governor.

This restricts the laws that can be passed by the Delhi Assembly. The new law also amends section 33 of the 1991 act (through section 4) to restrict the day-to-day decisions of the Assembly and curtails its ability to conduct inquiries that relate to administrative matters.

Section 3 of the amendment inserts a new clause d in section 24 of the 1991 Act, according to which a bill passed by the Legislative Assembly shall be presented before the Lieutenant-Governor, who may reserve it for consideration by the President. Instead, the new clause says that any bill that “incidentally covers any of the matters which falls outside the purview of the powers conferred on the Legislative Assembly”, shall also be reserved by the Lieutenant-Governor for the President’s consideration.

The word “incidentally” here means that if the Delhi government frames legislation that even incidentally touches upon any of the three subjects that do not fall within its ambit, then it would need the President’s [prior] assent.

Also Read: Why Delhi Citizens Will Be the Real ‘Losers’ if NCT Bill Is Passed

These three subjects are land, public order, and police. Essentially, this provision amputates the executive arm of the government of Delhi, even more than it facilitates the Lieutenant-Governor.

Section 5 of the new law amends section 44 of the 1991 Act. It inserts a proviso under sub-section 2 according to which the Delhi government will have to seek the mandate of the Lieutenant-Governor before taking any executive action. This is essentially an obstacle before the Delhi government. Now it will be unable to take swift action even for day-to-day necessary issues.

WILL IT CLEAR AMBIGUITIES?

The Centre has justified the law on the ground that it was needed to clear the constant tussles and power struggles between the Centre and state government. It has sought to present the amendments as an attempt to clear the ambiguities in Article 239AA.

Article 239AA gives Delhi a special status and divides the jurisdiction over subjects between the Lieutenant-Governor and the [elected] government of Delhi.

The Centre also claims that the amendments restructure the conduct of business rules to ensure there is “effective” and “time-bound implementation” of decisions. It claims that this amendment follows the footsteps of the General Clauses Act, 1897, which had declared that the President would head a central government and a governor would head any provincial government.

Central ministers have also clarified that the Lieutenant-Governor is a constitutional post, and therefore whoever holds it should know of every decision of the Council of Ministers.

In the objects and reasons the drafters argue that the act seeks to amend section 44 of the principal act which deals with the conduct of business and it will lead to the completion and restitution of complicated matters within a particular time frame. However, it implies that politically elected representatives will now be under the indirect control of permanent executive appointed by the central government which is in direct conflict with the principles of sovereignty and federalism.

The Centre has said that the amendment only tries to uphold the interpretation given by the Supreme Court in NCT of Delhi vs Union of India, a ruling that interprets Article 239AA.

On the contrary, legal experts and several parliamentarians have said that the amendment does not follow the judgement. They say the judgement found the Lieutenant-Governor to be an administrative head, not a legislative body.

The legislature cannot interfere in judicial decisions and only can change their basis. Also, contrary to the ruling in People’s Union for Civil Liberties (2002), Parliament has sought to cancel out the Supreme Court judgment instead of changing the basis of its decision in NCT of Delhi vs. Union of India.

The Centre has said that the amendment upholds the interpretation of the Supreme Court in NCT of Delhi vs Union of India. However, the Bill actually gives the Lieutenant-Governor more powers to control policies and decisions of the elected Delhi government.

Again, section 5 of the amended Act changes section 44 of the 1991 Act, by adding sub-section 2. It is a serious violation that disregards the 4 July 2018 apex court ruling. The court had held that the Lieutenant-Governor is a facilitator and not an arbitrator. Thus, the interpretation that the Lieutenant-Governor is the government would create turmoil in the administration of Delhi.

Section 5 also goes against the fourth sub-clause of Article 239AA that confers the power of lawmaking to the legislature of Delhi. Further, reading this Article and section 42 of the 1991 Act with Articles 74(1) and 74(2) shows that the advice of the Council of Ministers is binding on the Lieutenant-Governor, except on the three matters listed earlier. This works in the same way as the aid and advice of the Union Council of Ministers is binding on the President ever since the 42nd Amendment.

The Centre also disregards the 2018 judgement wherein the Supreme Court made it clear that if there are conflicts between the Lieutenant-Governor and the Delhi government, the former will resort to the advice of the Council of Ministers before going to the President.

The constitutionality of this amendment is still a question mark. The Centre has yet again overlooked the importance of the federal structure and India’s democratic ideals. On the other hand, the gaps that are left leave a chance for SC to introduce new administrative measures.

(Brahm Sareen and Shivesh Saini are law students at the Guru Gobind Indraprasth University of New Delhi. The views expressed are personal.)