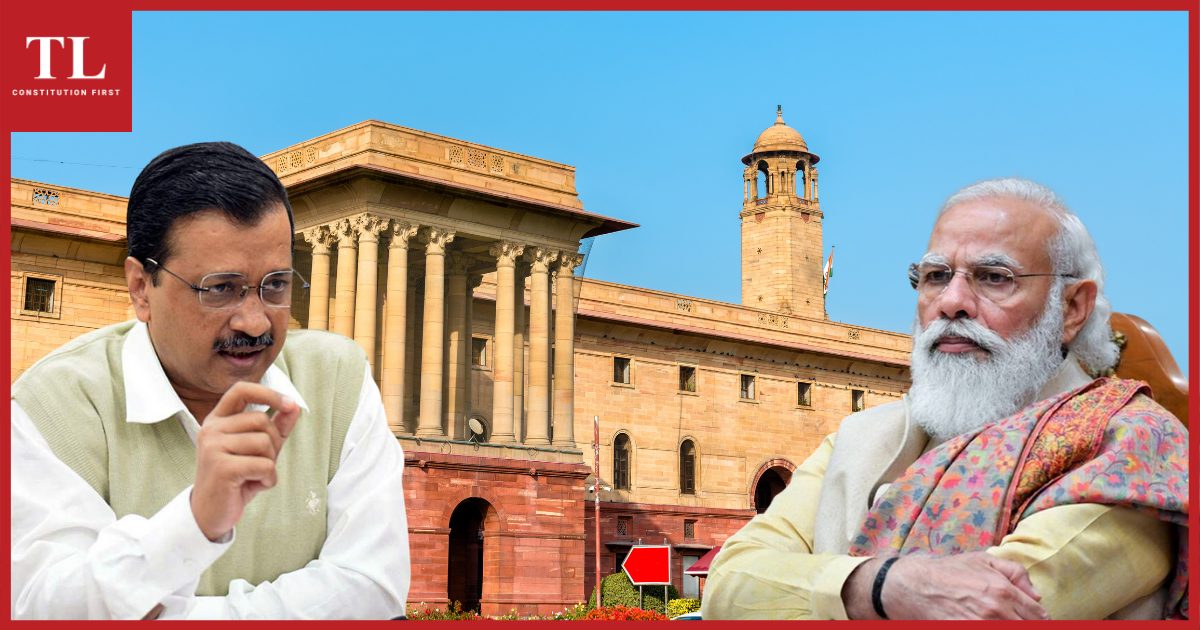 With a new bill, the Centre attempts to neutralise Arvind Kejriwal. Will it stem the growing popularity of AAP?

A controversial bill that seeks to cut down the power of an elected government in Delhi raises disturbing questions about democracy, writes RAMESH MENON.

AS the Rajya Sabha passed the bill seeking to give overarching powers to the LG over the elected government and the assembly, Kejriwal dubbed it a “Black Day” for Indian democracy. It was passed amidst protests and walkouts by various opposition members. The opposition wanted it referred to a select committee for scrutiny.  The passing of the bill also raised questions about the shape of federalism in the country.

Kejriwal tweeted: “We will continue our struggle to restore power back to the people. Whatever be the obstacles, we will continue doing good work. Work will neither stop nor slow down.”

We will continue our struggle to restore power back to people.

Whatever be the obstacles, we will continue doing good work. Work will neither stop nor slow down.

The bill now just needs the assent of the President to become a law. Then, the LG can call for any file of the Delhi government. That this would lead to increased friction between the state government and the LG is anybody’s guess. The opinion of the LG will have to be sought for every decision made by a minister.

Faizan Mustafa, Vice-Chancellor, NALSAR University of Law, Hyderabad, said in a signed piece in The Indian Express said that at a time when the Freedom House report has downgraded India as a “partly free” country and V-Dem’s report termed India an “electoral autocracy”, the NCT Bill 2021, would further dent our international reputation.

Mustafa said that evolving consensus in such matters that the bill did would be consistent both with federalism as well as the high principles laid down by the Supreme Court.

Former secretary-general of the Lok Sabha, PDT Achary, has said that the bill suffers from serious constitutional infirmities. He was of the view that the definition of the government can only be the elected government.  Many speakers in the Rajya Sabha underlined that the bill was unconstitutional.

This bill, effectively, turned down a Supreme Court ruling in July 2018 which clearly said that the Arvind Kejriwal government of the Aam Aadmi Party would just have to inform the LG about its decisions.

The Supreme Court had reduced the powers of the LG to the level of other state governors who act on the advice of the elected government.

The only areas where the Delhi government would not have a say would be police, public order and land. In these three crucial areas, it would be the discretion of the LG that would matter.

The Supreme Court had clearly said that the LG should not routinely sit in judgment on the elected government’s decisions.

After this judgment, the Arvind Kejriwal government heaved a sigh of relief. There was a lot of friction between the LG and the government ever since the AAP government came to power in 2014 with a landslide victory.

AAP spokesperson and MLA, Raghav Chadha said the bill was an unconditional attempt to make the Delhi government administratively impotent.

AAP plans to challenge it in the Supreme Court.

At the Rajya Sabha debate, Union Minister of State for Home Affairs, G. Kishan Reddy said that the amendment would ensure a sound government mechanism in the National Capital Region of Delhi.

Ever since he assumed power, Kejriwal has repeatedly alleged that he is not being allowed to freely function as the centre is using the LG to stall his government’s projects like the mohalla clinics. In 2017, 45 AAP MLA’s went to the extent of protesting outside the office of Anil Baijal, the then LG asking that he clear files related to the creation and running of mohalla clinics. This was an idea that was unique and progressive as it helped the poorest of the poor to access healthcare.

For the last seven years, Kejriwal has been demanding statehood as that is the only way to break away from the centre controlling the Delhi government. But, that is not going to happen.

The controversial Bill which will become law once passed in the Rajya Sabha will cripple the working of the elected government. It is just a matter of time now.

G. Kishan Reddy, Minister of State for Home said that the new law was necessary to get rid of ambiguity in certain issues related to the functioning of the Delhi government.

Kejriwal said that the bill was an insult to the people of Delhi and that after losing elections, the BJP wanted to grab power through the backdoor.

Deputy Chief Minister Manish Sisodia said that the bill sought to curtail the powers of an elected government and will render elections meaningless. It is unconstitutional and undemocratic to give the unelected LG powers to do what the central government wanted, he said.

Former Home Minister P. Chidambaram said that the Delhi government would now be reduced to the level of a municipality.

The opposition dubbed it unconstitutional and called it murder of democracy.

Sangrur MP Bhagwant Mann from AAP said that as the BJP was out of power in Delhi for two decades, it was not able to tolerate the fact that AAP got 90 percent of the seats.

POLITICAL TRIGGER FOR THE LAW

It is no secret that the BJP wants to be in power in Delhi as it is a question of prestige. While it has won over most of the states in India, Delhi continues to be a mirage.

In 2020, the BJP could win only eight out of 70 seats. This happened despite leveraging all its might into fighting the prestigious election. Almost every cabinet minister and heavyweight BJP leaders was brought in to campaign.

In 2015, the BJP won just 3 out of the 70 seats, despite the Modi wave that had swamped the Lok Sabha elections.

In a recent by-election to five municipal wards in Delhi, BJP drew a blank while AAP got 4 and the Congress got the remaining one.

Kejriwal has always pointed out that he has little say in even appointing bureaucrats and officials to key posts as the LG would interfere with appointments or not allow it.

Under the new law, it would now be mandatory for the AAP government to seek the LG’s opinion before implementing any decision. All proposals will have to be first okayed by the LG.

Clearly, politics was the trigger to bring in this law.

The continued friction between the Delhi government and the centre ever since it came to power in 2015 has resulted in Delhiites losing out as the turf war not only continues but promises to get worse affecting governance in the end.

Till this judgment, so many projects of the Kejriwal government were delayed like installation of CCTV cameras, opening of mohalla clinics for the poor, doorstep delivery of various services, like ration, the appointment of teachers and public prosecutors. After the judgment, all this started moving.

In fact, the judgment ensured that there was a ceasefire between the centre and the Kejriwal government allowing the administration to work smoothly after a long time.

However, with the AAP government now having to take concurrence of the LG on every single matter, there is going to a lot of friction and delays slowing down governance. This comes when the capital city is plagued by numerous problems like being the most polluted city in the world, daily traffic jams, clogged drains during the rains, large-scale migration from rural India of people in search of a livelihood and so on.

Obviously, the Narendra Modi government does not want AAP to succeed. It is not easy to unseat a government that has such a huge mandate. The centre will not want Kejriwal to win a third term.

At a protest meeting at Jantar Mantar, Kejriwal said that the Bill was brought in to stop the spread of the Aam Aadmi Party to states beyond Delhi.  AAP recently won seats in the municipal elections in Surat which was a BJP stronghold in Gujarat.

In the months to come, Delhiites can anticipate agitations, court cases challenging the amendment, delayed projects like flyovers, sewage lines, stalling of some excellent programmes in education and public services like healthcare as governance will grind to an all-time slow with the Delhi government and the LG sparring.

As it is, the Delhi government had diluted powers. Diluting it further will not in any way help better governance. The new bill has kicked up a debate on how democratic values are being compromised. We will soon be seeing it playing out in the capital of the world’s largest democracy.

(Ramesh Menon is an author and senior Delhi-based journalist. The views expressed are personal.)