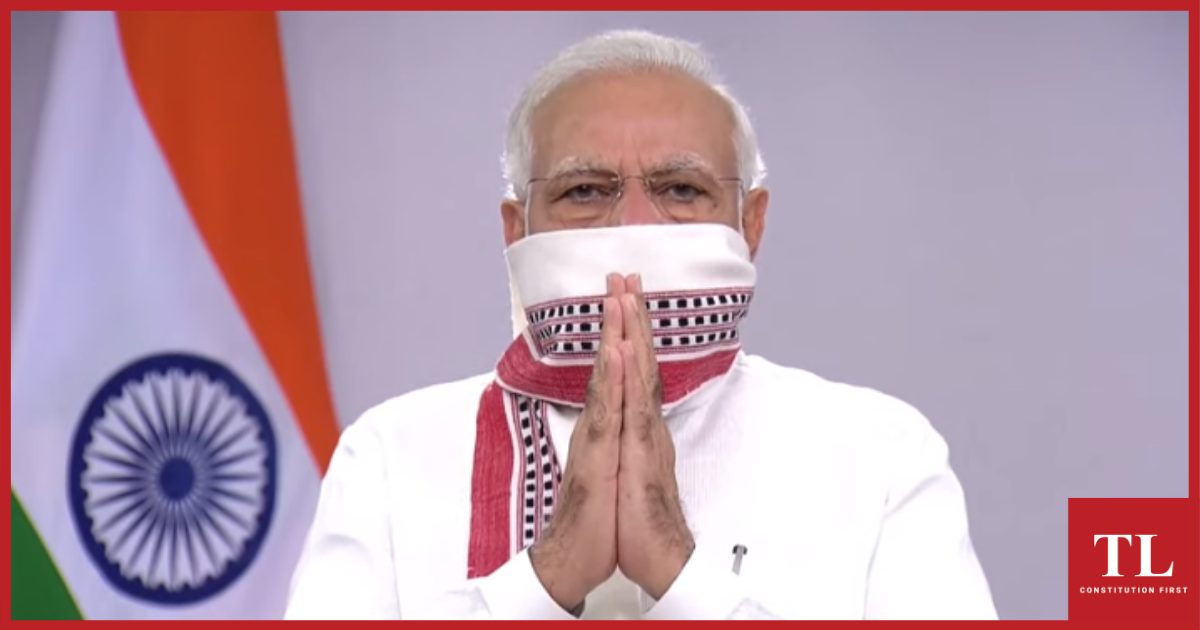 Will Failure to Handle Pandemic Prove a Tipping Point for Modi Regime?

The violent spill-over of public anger on April 27 at the Apollo Hospital in New Delhi should be politically worrying for the Bharatiya Janata Party and the government. It is indicative of simmering mass infuriation at the current regime’s incapacity to foresee the catastrophic second phase of the COVID-19 pandemic that India is currently entrapped in.

The moot point is whether Prime Minister Narendra Modi will weather the knock to his assiduously constructed and publicised image of being an ace administrator, or face erosion – considerable or small – in his political capital. While much of this will become known in the time to come, a possible indicator could be the West Bengal Assembly election results on May 2.

It will be particularly important to track results from the 114 seats that voted in the sixth, seventh and eighth phases. These phases, on April 22, 26 and 29, coincided with the daily increase in COVID-19 cases touching terrifying levels. This was also the time when West Bengal Chief Minister Mamata Banerjee repeatedly pleaded with the Election Commission to club the three phases and stop intensive campaigning.

Former Congress president, Rahul Gandhi, too, withdrew from campaigning citing rise in COVID-19 levels and to prevent further endangering the lives of people. In contrast, PM Modi decided to call off his election rallies only after the ECI proscribed large meetings and when the Prime Minister’s absence from the Indian capital for election campaign became politically untenable.

There is a significant possibility that voters in these 114 would be particularly harsh on the BJP and its expected gains would be nullified by its mishandling of the health crisis. This would undoubtedly benefit its rivals, notably the Trinamool Congress.

But, even the indicators from West Bengal, whether the tipping point against Modi and BJP has been reached or not, would not be decisive because the crisis is far from over. With estimations that the situation will become graver – medically as well as in the complete collapse of the administrative system in managing this, damage in people’s faith in Modi as a person capable of handling crises could only become worse.

There is a strong possibility that just as the mobile phone once was the instrument for Modi’s accession to power, it could well become his nemesis.

To comprehend the political threat that the BJP faces to its hegemony, examining the Apollo Hospital incident sociologically would be worthwhile. The family involved in the violent episode and their friends who returned to the hospital, after a 62-year-old woman died following a night-long futile wait for a bed while battling COVID-19, were from the colony that goes by the name of Madanpur Khadar.

A one-time track of land over which squatters erected shanties, it has been in formal existence as a Jhuggi Jhopri Colony for almost two decades, with the Delhi Development Authority developing it as a resettlement colony and thereafter leasing out small plots. Like other resettlement colonies in Delhi, this one too is home to a mixed community, socially as well as economically.

Located close to upper middle class colonies, this colony has incubated social acrimony because even those who prospered, felt being discriminated against – disparity was a state they lived with constantly but never accepted. The people who live in this colony were promised that India under Modi would universally be that of Apollo Hospitals and Sarita Vihars.

Apollo Hospital is among the elite private health institutions in the country, but has to by law, allocate a certain proportion of facilities to people from the poorer sections. But free or subsidised treatment for patients from poorer sections remains underutilised always, either due to hospitals’ refusal, or because people did not approach private hospitals because they knew that second-class service is all they would receive. Whatever be the case in this instance, the death of the 62-year-old woman frayed nerves and matters reached a flashpoint.

Importantly, the violence unleashed by the group that returned to Apollo Hospital with the intention of raising hullabaloo, were not merely venting their anger at the health institution and its personnel. The blows the group struck were actually at the political leadership and the system they command through proxy targets.

Tales of horror and an absent state, similar to the one at Apollo, although non-violent were heard even among the better-off patients and their families. For instance, journalist Barkha Dutt shared her experience while cremating her father, who died of COVID-19.

The morning after is so much worse . The truth is like a gash. You almost miss when you lived in mortal fear of the dreaded phone call because at least then you lived for the one percent hope. Speedy, a man of science, fixing a cuckoo clock here- that smile- and we weep, helpless pic.twitter.com/9MLlU2tzLy

She mentioned how the complete system had collapsed; the ambulance in which her father was taken was an apology for the first medical facility that citizens reach to in case of a medical emergency, hearse vans were in short supply and there was no space available in the cremation ground. Eventually three families had to fight for the same space before the authorities intervened.

This is not the single horrible memory that will remain permanently etched in people’s mind. Had this happened despite the government’s sincerest efforts, people would have forgiven people in power. People scared by this round, will not just have personal string of agonies to recall, but would also carry collective memories. But the question is, whether this will result in a vote against the Modi regime or not.

Last year, when hundreds of thousands of migrants walked for days to return to their village or town homes and lasting images were beamed, many assumed that the BJP would suffer lasting political damage. But, as one saw in the Bihar Assembly elections, the blame for this was neatly transferred on the BJP’s ally, Nitish Kumar, and the party on its own became the senior partner within the NDA. It would be easy to believe that this too shall pass and the memories will fade like it happened in the case of migrants. Or that, the BJP will now pass the buck to the state governments.

This time, however, there is a fundamental difference than the situation that daily wagers or migrant workers from the unorganised sector faced. This time, the virus has known no class and has reached even the most powerful. With reports of even the well-off struggling to locate ambulances, find hospital beds and oxygen cylinders, and then battle for the final resting place for their loved ones, the political challenge has assumed epic proportions.

This was that very section of society which emerged as the loudest supporters for Modi in 2014 and has since been loyal to him for his twin pursuits of Hindutva and market liberalisation. The so-called aspirational India is bearing the brunt of this round after being fed myths that India had overcome the virus under Modi’s ‘dynamic’ leadership, and their anger and frustration would be very high.

With no elections due till the first quarter of 2022 when Uttar Pradesh goes to vote, this regime and Modi personally undoubtedly has time on its hand to evolve a strategy to tackle the pandemic. But for that, this government has to shed centralisation, arrogance, vindictiveness, incompetence, social prejudice, hyper-nationalism and an inept bureaucracy. Everyone knows that for a regime bolstered by falsity, this is a tall order.

The fear is that this government and the ruling party will take recourse to the only card it knows to draw well to trump adversaries.

Some years ago, in a rare moment of honest admission, a long-time opponent of the Sangh Parivar said, “The BJP has convinced large sections of people in significant parts of India that even though the Modi regime may have failed in several spheres and not delivered most promises it made, they have succeeded to convey to people that ‘we have fixed’ the Muslims. And this is what will ensure their victory in one election after another.”

One may not entirely agree with this proposition and contend that the majority are not yet converts to the idea of majoritarian India. But, even at the moment of sensing that the recent weeks and days to come will be marked by future historians as the ‘tipping point’ for Modi, there is a fear that whipping up communal passions and polarising people on basis of their religious identity will once again tilt the scales in his favour.

This is the anxiety people will have to live with even while being hopeful of turning a corner, although under extremely lamentable circumstances.

(The writer is a NCR-based author and journalist. His books include “The RSS: Icons of the Indian Right and Narendra Modi: The Man, The Times”. He tweets at @NilanjanUdwin)

(This article was first published by Newslick)