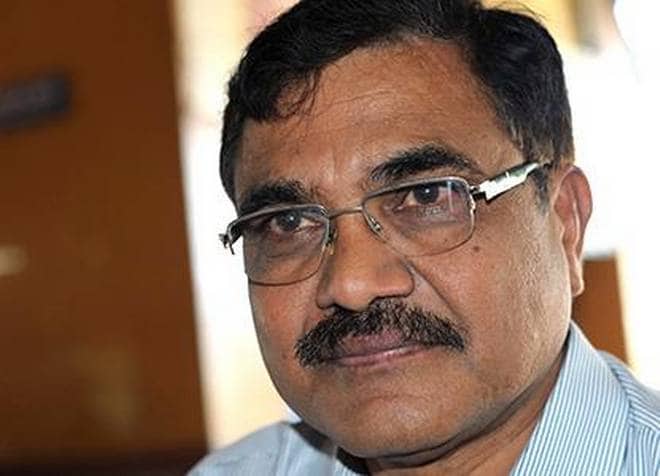 Why were Activists Like Anand Teltumbde Who Work For the Disadvantaged Jailed?

As the year comes to an end, we take a look at the cases against the human rights activists and journalists currently in jail. Marking International Human Rights Day, NIHARIKA RAVI examines the charges against Anand Teltumbde.

The Human Rights Watch has called the detention by the Indian government of civil rights and Dalit rights activist, Anand Teltumbde as “wrongful” and “politically motivated”.

“Indian authorities are using draconian counterterrorism laws against activists simply for criticizing the government or raising their voices against injustice. The authorities should immediately release Anand Teltumbde and Gautam Navlakha and the other activists wrongfully detained in the 2018 Bhima Koregaon case,” said Meenakshi Ganguly, South Asia director of the Human Rights Watch.

Teltumbde is one of India’s foremost public intellectuals and a faculty at the Goa Institute of Management. He was born in a village called Rajur in Yavatmal, Maharashtra and holds a degree in Mechanical Engineering and a Ph.D. in cybernetic modelling. He pursues a successful career as a management professional alongside his work as an activist.

Teltumbde is an academic and columnist.

His strong advocacy of Ambedkarite values and equally potent criticism of the Narendra Modi government in his column ‘Margin Speak’ with Economic and Political Weekly has made a mark. He has often quoted the iconic words: “Then they came for me, and there was no one left to speak for me”.

The police had raided his Goa residence on August 29, 2018, in connection with his links to the Elgaar Parishad event of December 31, 2017, and the subsequent violence that broke out at Koregaon Bhima on January 1, 2018.

Dalits have come to regard the war as a victory of the Mahars against the caste-based injustices they have faced at the hands of the Peshwas.

The event was marred by violence between the Marathas and the Dalit groups, leading to the death of one man. The violence and event were preceded by the desecration of Govind Gopal Mahar’s memorial on December 29, 2017. This incident was mentioned in the large public conference called the Elgaar Parishad.

While the police insisted that inflammatory speeches made at the Parishad led to the violence at Koregaon Bhima the next day, reports also allege that the violence erupted when some groups entered the scene with saffron flags.

The police have arrested sixteen human rights activists who were in attendance at the Parishad, including Teltumbde, in connection with the violence to date.

The Maharashtra Police booked Teltumbde under the Unlawful Activities (Prevention) Act. He is accused of inciting the violent outbreak at Bhima Koregaon on January 1, 2018, and being involved in a Maoist plan to kill Narendra Modi in a manner akin to the Rajiv Gandhi assassination.

However, Anand Teltumbde was mentioned as an accused for the first time only on August 22, 2018. His home was raided within a week.

Teltumbde approached the High Court and the Supreme Court to quash FIR registered against him but the apex court refused. It gave him four weeks to apply for anticipatory bail on January 14, 2019. However, the Pune court did not relent, rejecting his application on February 1 and noting that “there is sufficient material collected by the investigating officer to show the involvement of the present accused in the commission of the offence.”

Subsequently, Teltumbde approached the Bombay High Court but the Pune Police arrested him despite the Supreme Court’s four-week protection while he was en route to Bombay.

However, the same judge who rejected his bail application ordered his immediate release from police custody in lieu of the Supreme Court’s “umbrella protection of four weeks.”

The apex court dismissed his plea for anticipatory bail under UAPA again on March 16, 2020.

Teltumbde, along with co-accused Gautam Navlakha, was ordered to surrender by April 14, 2020, despite their lawyers objecting that going to jail in the midst of a pandemic is no less than sending them to death row, especially since both of them were over 65 years old and suffering from heart-related ailments.

Teltumde was arrested on Ambedkar Jayanti, a move that has been called “a blot on our nation.”

Over 600 signatories from universities in North America and Europe came together to ask the government to stop its “witch-hunt” against activists and drop charges against Teltumbde and others in February 2019. Over 150 organisations and intellectuals signed a letter to the UN Secretary calling for intervention against the “fabricated” charges against him soon thereafter. “Indian Professor who compared Modi to Hitler waiting to be jailed” read a disgraceful New York Times article that week.

Section 43D (2) of the UAPA mandates that the period to conclude investigation cannot be extended beyond a total of 180 days from police or judicial custody. Similarly, Section 19 of the NIA Act provides that a trial by a special court for any offence under the Act shall be held on a day-to-day basis and on all working days, and have precedence over the trial of any other case. These provisions have been violated in the Elgaar Parishad case, hence desecrating activists’ right to liberty. Sadly, the trial itself is yet to begin.

Teltumbde remains in Taloja jail where he turned 70 in the midst of a pandemic.

Rama Teltumbde, his wife and granddaughter of Bhimrao Ambedkar, told BBC that her grandfather would not recognise today’s India. “I don’t think he envisaged this kind of India where people are arrested for speaking their mind. We live in a democracy and freedom of speech is a right guaranteed under the constitution,” she said.

(Niharika Ravi is a student at School of Law, NMIMS, Navi Mumbai, and an intern with The Leaflet.)