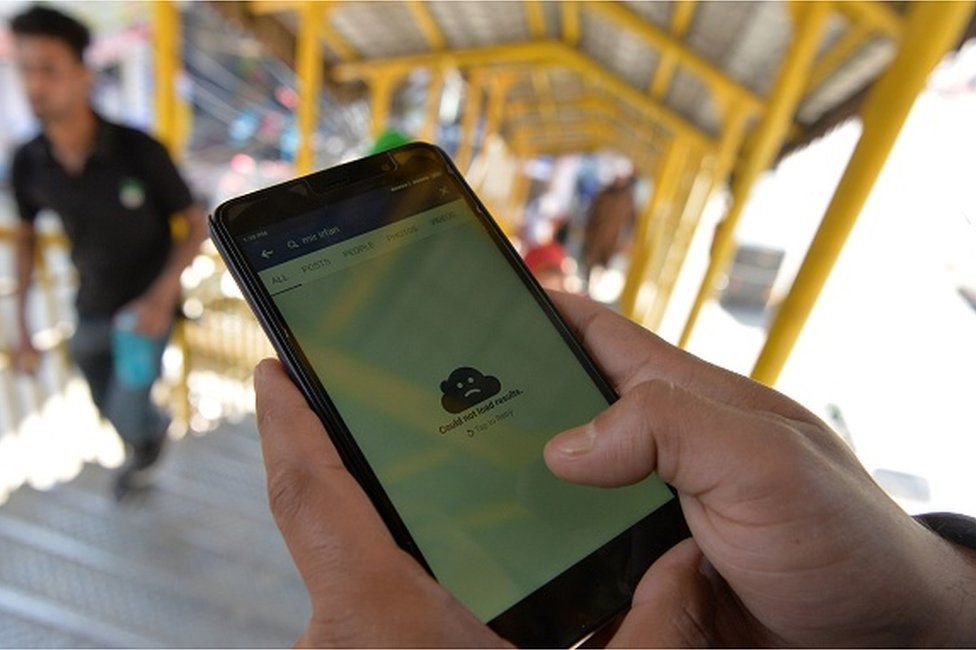 Gulzar Bhat·November 8, 2021
Home
Due Process
Democracy and Rule of Law

The frequent internet shutdowns in Kashmir over the last two years have now become a part of life for residents, even as they cause severe inconvenience in their everyday lives, and are in violation of the Supreme Court’s  judgment in Anuradha Bhasin vs. Union of India, writes GULZAR BHAT.

SPORTING a scraggly beard, Mudasir Ahmad Bhat has his eyes hooked to his mobile screen, trying to open a website. Suddenly the data services vanish, and he has to rush to a nearby locality to get his phone connected to the internet.
Bhat, a student from Srinagar’s downtown area, says that the internet services in the area are rather lousy and many parts of the city have been witnessing data outages for the past two weeks.
“The internet is being snapped frequently here. We are clueless about this new move”, said Bhat.
In several parts of the Valley, internet data services are being frequently cut since last month’s targeted killings, followed by the Union Home Minister Amit Shah’s visit to Jammu and Kashmir.
A few days before Shah’s Kashmir sojourn, the authorities also impounded many bikes in Srinagar, putting the riders through the mill.
Kashmir’s Inspector-General of Police Vijay Kumar, however, has said that the seizing of bikes and shutting down of the internet is purely related to terror and violence, and denied any linkage with Shah’s visit.

Divisional Commissioner P.K. Pole told Kashmir Observer,  that partial internet shutdown was put in place in some parts of the Valley following the recent civilian killings as security agencies believed that militants were using some apps in these areas.

According to Bhat, seamless internet service is still a dream in the Valley.
Also read: Why the Indian State’s increasing reliance on internet shutdowns is problematic

Frequent internet shutdowns in the Valley

Kashmir’s tryst with internet shutdowns is not new. The valley has witnessed several long drawn-out internet shutdowns in the past. After the Parliament read down the Article 370 of the Indian Constitution on August 5, 2019, and turned the state of Jammu and Kashmir into two Union Territories, mobile internet services were suspended for nearly six months, the longest such suspension ever in any democracy. The region reeled under plodding internet speed for a good 20 months.

Also read: Internet lockdown in Kashmir, 281 days and counting
In September, the authorities cut all communication lines again, save for BSNL post-paid and fixed lines, following the death of Hurriyat hawk Syed Ali Shah Geelani. Although mobile telephony sprang to life after nearly 48 hours, internet remained shut for a full five days before it was restored in eight districts of the valley.
Also read: Internet Shutdown After Geelani’s death Violated SC Order?

According to a report by the UK-based digital privacy organization Top10VPN, which uses data from internet governance watchdog organization NetBlocks and advocacy groups besides using indicators from International Telecommunication Union and World Bank, India witnessed 1,655 hours of internet blockade in 2020, which is higher than any other nation across the globe. The report had said that although the authorities lifted the internet restrictions on Kashmir after seven months, it continued to throttle high speed internet, which severely impacted the economy in the region.

In January 2020, the Supreme Court, in its judgment in the case of Anuradha Bhasin vs. Union of India, was reluctant to declare that that the right to access internet is a fundamental right, because none of the parties before it sought such a declaration.  However, it held that  the right to freedom of speech and expression under Article 19(1)(a), and the right to carry on any trade or business under 19(1)(g), using the medium of internet is constitutionally protected.   The court also held that the orders banning data services must be made public and such a ban should be temporary.

Bhasin, executive editor of Kashmir Times and a peace activist, said that the current internet outages in parts of the valley are in contempt of the Supreme Court’s verdict, which calls for putting the orders for such bans in public.

“These restrictions are unannounced. The orders blocking the internet services have not been made public”, said Bhasin.
Also read: Is the Blanket-Ban on Internet Restrictions an Inessential Order in Jammu & Kashmir

How locals suffer due to frequent internet service disruptions

Internet users in several areas of Srinagar and South Kashmir have complained about the disruptive and dysfunctional internet services continuing to bedevil them.
“I have to rush to the bank to make a simple transaction of few hundred rupees, which I would otherwise easily do through my mobile phone,” said a well-heeled businessman from downtown’s Rainawari locality.
Data services, according to residents, are working only on Vodafone SIM cards in the area, but only a scant percentage of mobile users own such SIM cards. “This service provider has the least number of subscribers. Most of the people here use the services of other companies,” said Sadaf, a young student from the area.
A group of residents from the Nowhatta area rue that the online classes of students were badly hit due to internet outages. “Due to the protracted and almost unbroken lockdowns over the last two years, the education of our children has suffered badly. The current internet outages have only worsened things”, they said.
Also read: Kashmir: Communications shutdown, a ‘collective punishment’ must be reversed, UN experts urge India
Shahnawaz Ahmad, a resident of Wachi village, some 70 km south of Srinagar, said that the internet in his area works seamlessly from 10 pm to 6 or 7 am. “From sunrise to sunset, the service remains well-nigh down,” said Ahmad.
He said that the disruptive internet services were being witnessed in many other adjoining villages since the third week of October.
(Gulzar Bhat is an independent Kashmir-based journalist. The views expressed are personal.)