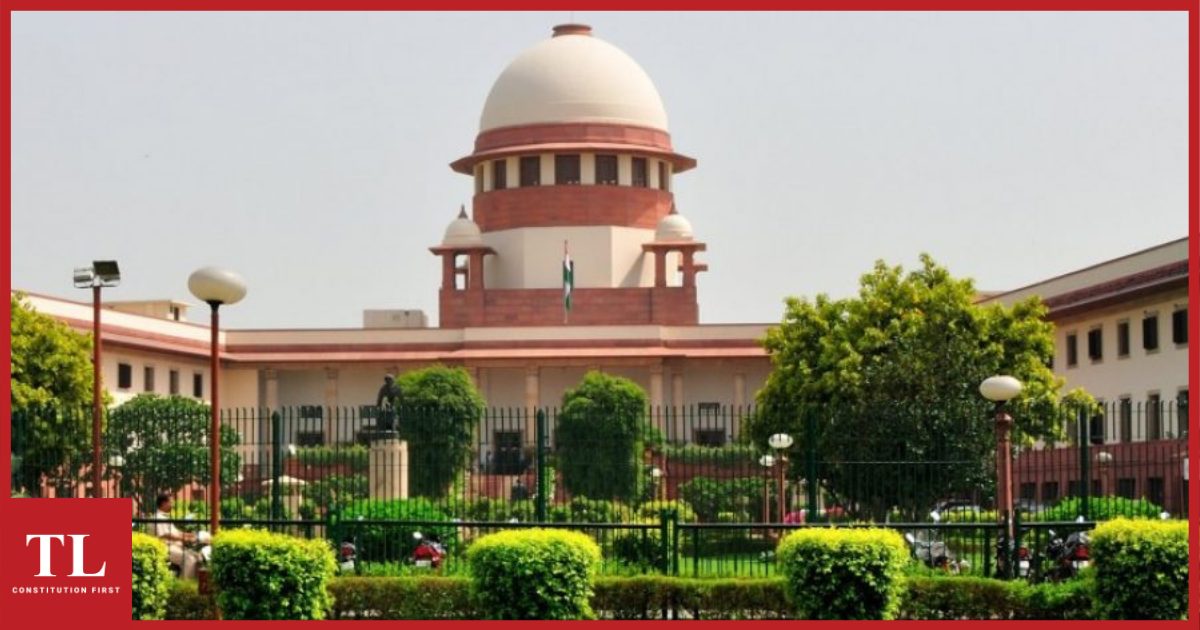 Why the Supreme Court’s recent order on Draft Rules of Criminal Practice, 2021 is judicially improper

Analysing the Supreme Court’s recent order in the matter of In Re: To Issue Certain Guidelines Regarding Inadequacies and Deficiencies in Criminal Trials (2021 SCC OnLine SC 329), GAURAV THOTE writes about how, by overruling the previous judgment rendered by a coordinate bench of the apex court without referring it to larger bench, the order breaches judicial propriety.

ON April 20, a three-judge bench of the Supreme Court, headed by former Chief Justice of India S.A. Bobde, directed all the High Courts in the country to adopt the Draft Rules of Criminal Practice, 2021 within a period of six months. Highlighting common deficiencies and lapses that occurred in the course of criminal trials, the three-judge bench gave its formal approval to the draft rules that have been prepared by its appointed amici curiae (literally, “friend of the court”) senior advocates R Basanth, Sidharth Luthra, and advocate K Paremshwar, in consultation with different High Courts, over a two-year period.

The chapters of these Rules are reproduced below for illustrative purposes:

While dealing with the issue of ‘objections during depositions’, the amici submitted that the procedure mandated by the Supreme Court in its judgment in the case of Bipin Shantilal Panchal v. State of Gujarat (AIR 2001 SC 1158) leads to prolonged and lengthy cross examinations, thereby resulting in great prejudice. It was contended that the ruling needed reconsideration.

It is pertinent to note that in Bipin Shantilal Panchal, another three-judge bench of the apex court had termed the practice of deciding the objections during depositions as ‘archaic’. The following observation was made in the judgment in this regard:

“It is an archaic practice that during the evidence collecting stage, whenever any objection is raised regarding admissibility of any material in evidence the court does not proceed further without passing order on such objection. But the fall out of the above practice is this: Suppose the trial court, in a case, upholds a particular objection and excludes the material from being admitted in evidence and then proceeds with the trial and disposes of the case finally. If the appellate or revisional court, when the same question is re-canvassed, could take a different view on the admissibility of that material in such cases the appellate court would be deprived of the benefit of that evidence, because that was not put on record by the trial court. In such a situation the higher court may have to send the case back to the trial court for recording that evidence and then to dispose of the case afresh. Why should the trial prolong like that unnecessarily on account of practices created by ourselves. Such practices, when realised through the course of long period to be hindrances which impede steady and swift progress of trial proceedings, must be recast or re-moulded to give way for better substitutes which would help acceleration of trial proceedings. [emphasis added]”

It is clear that though the bench has ‘modified’ the view of Bipin Shantilal Panchal, the views taken by both the benches are diagonally opposite.

Settled law: decisions by a coordinate bench cannot be reversed

The Supreme Court, in a catena of judgments, including the five-judge Constitution bench judgment in the case of State of Punjab v. Devans Modern Breweries Ltd. (2004(11) SCC 26), has held that when a view rendered by a co-ordinate bench is in existence, the subsequent view by a bench of the same strength taking a contrary view to the view taken by the earlier bench, without referring it to a larger bench, would not be legal and binding.

In its recent judgment in the case of S. Kasi v. State (2020 (4) CTC 587), the Supreme Court took strong exception to the course adopted by a single judge bench of the Madras High Court wherein the judge took a view contrary to that rendered earlier by a co-ordinate bench. The court observed:

“It is well settled that a coordinate Bench cannot [emphasis added] take a contrary view and in event there was any doubt, a coordinate Bench only can refer the matter for consideration by a Larger Bench. The judicial discipline ordains so.”

Referring to the impugned judgment of the High Court, the Supreme Court opined:

Since the decision rendered in Bipin Shantilal Panchal was that of a three-judge bench, the bench headed by former CJI Bobde could only have referred the matter to a larger bench. Instead, it effectively overturned the earlier decision.

This, the order in question rendered by the Supreme is per incuriam (“through lack of care”), and may not be legally binding for want of judicial discipline.

(Gaurav Thote is an advocate practising at the Bombay High Court and National Company Law Tribunal, Mumbai bench. The views expressed are personal).