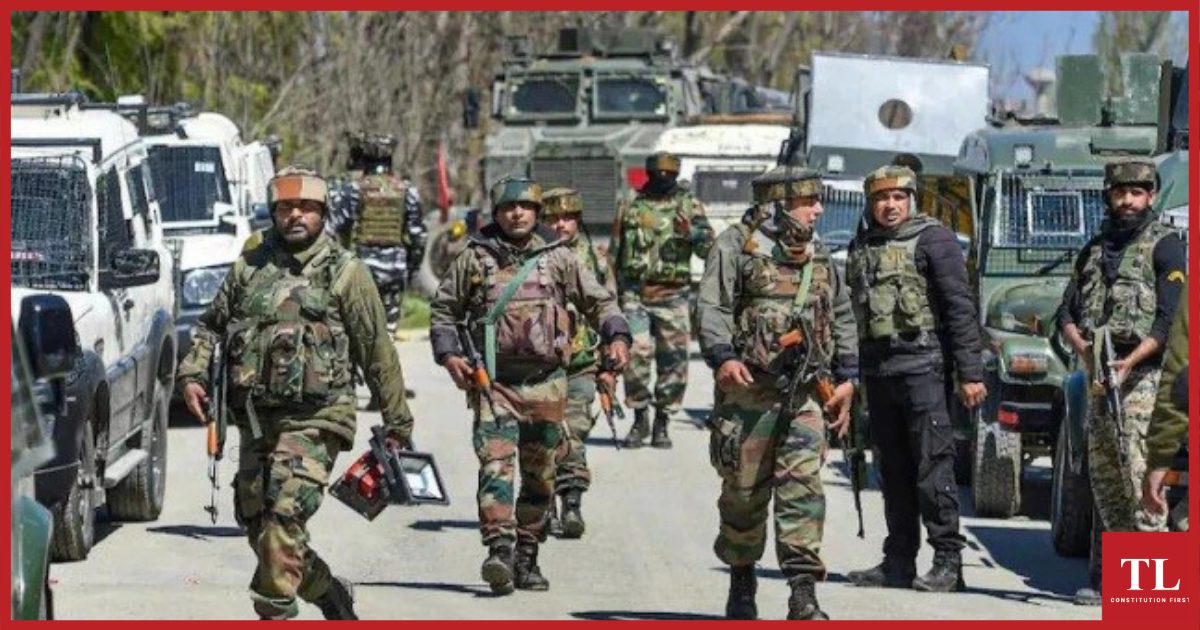 Examining the recent order of the Jammu and Kashmir General Administration under which three state government employees were terminated without any inquiry “in the interest of the security of the state”, TANVI RAINA explains why the order curbs the freedom of speech and expression and undermines rule of law.

EARLIER this month, the government of Jammu and Kashmir (J&K), in an unprecedented move, terminated the services of three government employees, citing the dismissals to be in the interest of state security.

Idrees Jan, a middle-school teacher who taught in a government school for 15 years was dismissed through a two hundred-word order. The termination order stated that the “Lieutenant Governor is satisfied that it is not expedient to hold inquiry in the interest of the security of the state.” Likewise, two other employees received identical orders.

These events of dismissal have to be seen in the light of an order passed by the J&K administration constituting a special task force (STF) under Article 311(2)(c) of the constitution. Essentially, the role of the STF is to “scrutinize” and to initiate actions against government employees suspected of activities against the security of state.

Ordinarily, Article 311 deals with the “dismissal, removal or reduction in rank of persons employed in civil capacities under the Union or a State” after a thorough inquiry and upon being given a reasonable opportunity to be heard. However, these termination orders are according to Article 311(2)(c), which provides that in cases where mere disclosure of charge might affect the security of the state, the Governor or President might not hold any inquiry

What does the order constituting the STF say?

Before delving into the glaring issues associated with these termination orders, one might want to decipher the objective behind constituting the STF.

Under the order dated 21st April, government employees whose “activities” require action under Article 311(2)(c) of the Constitution shall be identified and scrutinized by the STF. The STF will “compile records of employees, wherever necessary and refer it” to another Committee constituted by the J&K administration via an earlier order for dealing with such cases. It would also engage with members of a Terror Monitoring Group (TMG) to identify such employees.

The grounds for an employee’s dismissal “shall be supported by … interrogation report and other collateral evidence to justify dispensing with the holding of an inquiry in the interest of the security of the State,” Lieutenant Governor Sinha had said in an order last year.

“The group (TMG) will also take action against hardcore sympathisers amongst government employees including teachers who provide covert or overt support to terror-related activities in J&K,” a report quoting officers of the Union Ministry of Home Affairs stated. This development is not surprising given the regime of thought police and surveillance created by the State in the past, such as an order by the J&K administration requiring social media verification of government employees.

Even on the surface level, there are a host of issues concerning these events. The orders do not specify the reasons underlying the termination; therefore it is impossible to draw a rational nexus between the supposed ‘suspected’ activities and the apparent threat to state security.

In A.K. Kaul v. Union of India (AIR 1995 SCC 1403), the Supreme Court stated that even while deploying clause 2(c) of Article 311, the government is required to disclose the nature of activities of the employee which formed the basis of the satisfaction of the President or the Governor, as the case may be, so that a court or tribunal is able to judge the validity of the order.

Apart from the indeterminacy of concrete and specific reasons, the termination orders are vaguely worded and provide little or no understanding of the conditions under which a government employee could expect termination.

Terms like ‘terror sympathizers’ and ‘anti national’ are broad and vague labels. Through a media-driven hysterical image of an ‘anti-national’, the reasonable threat of losing a job overexpressing an opinion on social media or participating in a public protest against the State looms large. Besides, the administration has been given sweeping discretionary powers to determine, without an inquiry, who to terminate for acting against ‘national security’. The powers given to the STF have no safeguards, and charges could be levied on mere suspicion.

A democratic society governed by rule of law demands strong institutional checks and balances. Such sweeping administrative powers in the absence of robust safeguards could give way to indiscriminate misuse and reinforce a regime of impunity. The fear and anguish accompanying the constitution of the STF and the subsequent loss of employment depict the extent of erosion of rule of law.

Like various instances in the past, the State’s skewed perception of threats to national security and its ‘proactive’ stance to curb terrorism has a unique capacity to cause the weakening of democratic standards that normally preserve the principles of natural justice and rule of law. By using the element of ‘state security’, the State brings in excessive and disproportional laws to trample citizens’ very basic freedoms. These administrative orders would subtly but surely warrant a regime of self-censorship, thereby throttling the freedom of speech and expression, and association, among other constitutionally protected fundamental rights.

(Tanvi Raina is a student at the National Law University, Delhi. The views expressed are personal.)