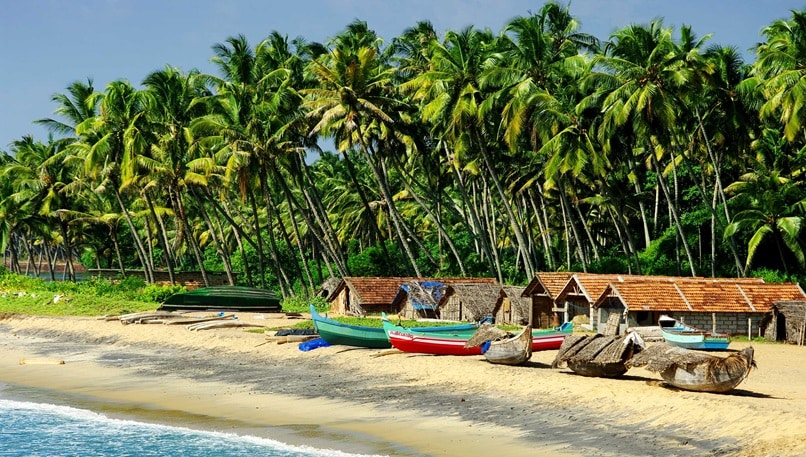 [dropcap]A[/dropcap]T a time when the impacts of climate change are being felt on our coasts with increasing severity and frequency, the recent amendment in the Coastal Law has created a furore among environmentalists and citizens about the intentions of the Government of India, led by Prime Minister Narendra Modi.

Instead of bringing directives for providing protection and safeguard to the fragile coastal environment and communities, that are increasingly vulnerable to climate change-induced sea-level rise and coastal storms, the Government has, in fact, brought in a new set of rules to allow construction closer to the sea and has done away with the coastal setback that has saved some of our coastline from unsustainable development.

The coastal regulation zone includes land up to 500 meters from the high tide line and an area of 100 meters along banks of estuaries, backwater, creeks and rivers which are subject to tidal fluctuations.

In the past few years, the coastal regulation laws in India have been progressively amended to allowed more development closer to benefit the private sector and industrialists. The latest amendment to coastal laws, notified by the government as the “Coastal Regulation Zone notification 2018” (CRZ 2018) has paved the way to exploit, pollute and destroy the sensitive coastal ecosystem.

The previous notification on coastal regulation was brought by the Government of India in 2011 as “Coastal Regulation Zone notification 2011” (CRZ 2011). CRZ 2011 was related to the management and conservation of marine and coastal ecosystem, development in coastal areas, eco-tourism, livelihood options and sustainable development of coastal communities.

The government claims, that on receiving a series of representations from Coastal States/Union Territories, and other stakeholders to review the rules of CRZ 2011, the Ministry of Environment, Forest and Climate Change constituted a committee chaired by Dr Shailesh Nayak. The recommendations of the committee were submitted in 2015 and subsequently, after being examined by the Members of Parliament of the Coastal States and concerned ministries, the new set of rules as “CRZ 2018” was passed by the Cabinet on December 18, 2019.

The Government in CRZ 2018 notification stated: “(CRZ 2018) notification will boost tourism in terms of more activities, more infrastructure and more opportunities and will certainly go a long way in creating employment opportunities in various aspects of tourism. This will also give boost to people, desirous of seeing and enjoying the beauty of the mighty seas”.

The Government also stated: “This (CRZ 2018 notification) will benefit not only the housing sector but the people at large looking for shelter. The Notification is so designed that it balances the needs in such a way that both are fulfilled. Tourism has been one of the greatest creators of livelihood and jobs.”

The government in the promising CRZ 2018 notification laid down rules for employment generation, housing and shelter, tourism and the general improvement of coastal areas. But in reality, the government has simply cleared the way for realtors and industrialists who were struggling to get clearances or fighting with the National Green Tribunal for coastline projects in the Mumbai, Goa and other coastal regions.

The Indian coastline runs over 75,000 km through nine states, two union territories and two island territories. The rules regulating the coastal zones have been amended 24 times since the 1970s, and the high tide zone has been reduced from 500 meters to 50 meters. The present-day rules drafted under the CRZ 2018 notification have opened up fragile inter-tidal areas to real estate development, and have been framed in favour of large-scale industry at the detriment of fishing communities.

The “no development zone” which was set to be 200 meters by CRZ 2011 notification now has been reduced to 50 meters. The government also decided to manage the common areas which are customarily used by fisher communities and bifurcated the coastal areas along rural sections based on population density. The government under the CRZ 2018 has divided the coast into four groups, namely:

The government in the CRZ 2018 notification also reduced the “NDZ” to 20 meters for all Islands close to mainland coast and for all backwater areas in the mainland, “in wake of space limitations”.

The CRZ 2018 notification has also relaxed the floor space index.

Now India’s financial capital Mumbai, which is surrounded by sea on three sides, is also going to witness more development close to the shoreline. The CRZ 2018 notification, has allowed the builders in Mumbai to get a floor space index of up to 3 from the earlier 1.33 depending on the road width. In suburbs, the floor space index will go up from 1 to 2.7.

This will lead to the construction of more skyscrapers on Mumbai’s fragile coastline which is simply not equipped to handle a still higher density of people. India’s other coastal cities will also experience the same phenomenon, which will put further pressure on the fragile coastline.

On October 22, 2018, Ravi S Prasad, Joint Secretary, Climate Change, Ministry of Environment, Forests and Climate Change, said: “India’s coastal areas are quite vulnerable to climate change and this project focuses on selected vulnerable areas of Andhra Pradesh, Maharashtra and Odisha states”. However, in December 2018 while finalising the CRZ 2018 notification, the Government completely ignored the fact of coastal vulnerability.

The Government in bringing out the CRZ 2018 has not only ignored the strategic requirement to preserve the beaches, coastal ecology and wetlands, but has also threatened the life and livelihood of marginalised and poor coastal communities.

The Government by reducing the coastline and inviting development from the private parties has further exposed the coastal communities which are dependent on the sea for their livelihood in addition to threats they are already facing due to climate change.

National Fishworkers’ Forum Vice-Chairperson, Olenchio Simones said: “The new CRZ notification has diluted the very founding principles and objectives of protecting the coastal communities, coastal and marine ecology and restricting development of ports, industries, etc, which was done in CRZ 1991 and CRZ 2011.”

What threats do coastal communities face?

Types of coastal threats vary throughout India. For example, the eastern coasts of India are more vulnerable to catastrophic to coastal storms, tsunamis and freshwater shortages due to saltwater intrusion and droughts. The western coasts, on the other hand, suffer from over-development and population pressure, and regional-scale impacts such as climate change.

Indian coastal states witnessed some of the worst coastal disasters: the violent cyclone Ockhi, which went from a depression to a severe cyclonic storm in just half a day; the freak monsoon in Kerala; the devastating cyclone Gaja and the failed monsoon in Tamil Nadu. The present CRZ 2018 will be detrimental for the health of coastal ecosystems, including wetlands and which are essential for reducing storm impacts on our coastal communities.

The CRZ 2018 norms would definitely lead to the development and industrialisation along the coasts which will generate more revenue for the coastal states. However, the real question which requires more deliberation is how the coastal states will absorb the costs of damage from extreme weather events, storms surges and sea-level rise. The current Government’s focus on short term revenue rather than the long-term safety of people, the coastal ecosystem and the coastal infrastructure is a tradeoff that it’s likely to regret and one that will prove unsustainable.

Moreover, the entire process of Shailesh Nayak committee, which recommended the draft of CRZ 2018 to the Cabinet, was opaque and the committee based its findings on the demands of certain state government and stakeholders. The Committee did not consult with the representatives of the coastal communities in the process of drafting the regulation.

While the CRZ 2018 notification will boost tourism and infrastructure, these developments are likely to be environmentally and socially unsustainable. The interests of powerful economic actors have been favoured over the need to protect the coastal ecosystem and secure the livelihoods of poor coastal communities that depend on the natural recourses for their livelihoods. This has been done without proper public consultation and policy deliberation and voices that are weak have been silenced.