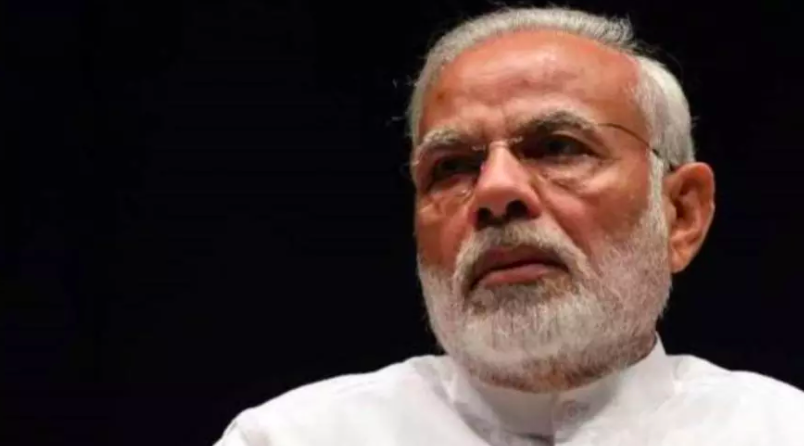 Among the many certainties the Covid-19 pandemic has demolished are the nuggets of inherited wisdom—that a giant in the electoral arena is necessarily endowed with skills in governance; that a leader who is decisive is better than one who procrastinates; that a government enjoying a brute majority serves the nation better than a coalition; that too many leaders with equal status and competing interests in the Union Cabinet are like so many cooks who invariably spoil the broth.

Since 1989, there has never been a government that enjoyed such a massive mandate as the National Democratic Alliance one headed by Narendra Modi. There has seldom been a leader who matched Modi’s enviable winning spree; there has not been a prime minister who has inaugurated a breathtaking number of development schemes as Modi has in the last seven years.

And yet, it is unlikely any of the past prime ministers could have formulated such a muddled Covid-19 vaccine policy as Modi has. To understand why, you have to imagine, for a brief moment, that Sars-CoV-2 had hit India in 2002 when the National Democratic Alliance of Atal Behari Vajpayee was in power at the Centre. Or in 2005, when the United Progressive Alliance of Manmohan Singh was.

It is inconceivable Vajpayee or Singh would have asked the states to procure on their own the vaccines they needed to inoculate citizens between 18 and 44 years. Neither Vajpayee nor Singh would have formulated such a flawed policy because they would not have been allowed to do so.

The NDA and UPA consisted of constituents whose turf was in the states, where their political fortunes were either made or unmade. The NDA had, among others, the Telugu Desam Party, the Janata Dal (United), the Biju Janata Dal and the Dravida Munnetra Kazhagam. None of these parties can compensate political losses in their states with gains elsewhere in India. They would have dissuaded Vajpayee from abandoning them and their people in the fight against Covid-19. Or, with their threats of pulling down his government, compelled him to ensure the Union government procured vaccines for states.

A Covid-19 pandemic in 2005 would not have had Singh to announce a national lockdown on just four hours of notice, as Modi did last year. Singh would have had to inform and explain to his allies his reasons for imposing the lockdown. In the UPA ministry were the Rashtriya Janata Dal, the Jharkhand Mukti Morcha and Lok Janshakti. The Left supported the UPA government from outside. Representing the interests of relatively poorer states—Bihar, Jharkhand and West Bengal—the leaders of these parties would have pointed to the impact of a sudden lockdown on their citizens employed in other states. They would have bought time for migrant labour.

For sure, Lalu Prasad Yadav as Union Railway minister would have ensured trains were commissioned to ferry Biharis from India’s metros to their home state. We would not have had the unseemly drama of Union Railway Minister Piyush Goyal engaging states in a verbal duel on the number of trains required to transport migrant labour—and who was required to defray the expenditure by what percentage.

Yes, even the NDA government under Prime Minister Narendra Modi is a coalition. It is, however, a coalition in appearance than in substance, for the majority the Bharatiya Janata Party commands allows Modi to get away with decisions taken in secrecy, without adequate consultations. Demonetisation could not have been conceived and executed by a government dependent on its allies for survival, as Vajpayee’s NDA and Singh’s UPA were. Neither could have enacted the three new farm laws without taking their allies into confidence, as the Akali Dal claimed they were not by the Modi government.

Let alone political allies, both the BJP and the Congress would have themselves circumscribed Vajpayee and Singh’s autonomy in formulating policies on demonetisation, Covid-19 vaccine and agriculture. This is because the two prime ministers would have had stalwarts within their parties challenge them on measures perceived as unpopular and damaging to the society and economy. For instance, LK Advani would have pounced upon Vajpayee. Or Pranab Mukherjee or Arjun Singh or P Chidambaram would have on Manmohan Singh.

Prime Ministers heading majority governments are kept on their toes by their powerful peers. Jawaharlal Nehru’s first ministry included Sardar Vallabhbhai Patel, BR Ambedkar, Rajendra Prasad, Maulana Abul Kalam Azad, Syama Prasad Mukherjee, etc. Some of them died or resigned and moved on, leaving Nehru to loom large over the Congress. Yet Nehru did not flout the wishes of regional satraps who boasted a formidable base of their own.

Indira Gandhi, by contrast, ejected regional bosses from the party, which became dependent on her for its victories—and power. The Emergency was an outcome of her style of politics and governance. Yet she did witness intermittent resistance from inside the party. Think of Jagjivan Ram or Hemwati Nandan Bahuguna. At her assassination, her son Rajiv Gandhi took over as Prime Minister—and found VP Singh challenge and, ultimately, oust him from power.

Modi faces no opposition from within the party, largely because there are no BJP leaders of stature who can take advantage of his flawed policies to challenge his authority. The policy of retiring leaders above 75 years, formulated in 2014, ensured the retirement of Advani, Murli Manohar Joshi, Yashwant Sinha, et al. Modi is so heavily invested in winning every state election because it enhances his clout and allows him to govern without being circumscribed.

All future challenges from within the BJP and the NDA are methodically snuffed out. For instance, Modi’s BJP deployed LJP leader Chirag Paswan to relegate Bihar Chief Minister Nitish Kumar’s party to the third-largest party, effectively reducing his status to that of a dependent. Modi is no longer a primus inter pares; he is the supremo. That is why all events, from inaugurating toilets to cowfsheds and laying the foundation stone for bridges, have Modi as their centrepiece. Every BJP advertisement must have Modi in it.

It is to craft the narrative that there is no alternative to Modi that the BJP has invested heavily in infantilising Rahul Gandhi, hoping the Congress would not become a glue for an alternative alliance to emerge. Gandhi’s failure to win elections has only strengthened Modi’s suit. His brute majority has enabled him to monopolise the mainstream media for his own projection. Opposition leaders are routinely raided to demoralise as well as to depict them as corrupt.

The impression that there is no alternative to Modi was captured most vividly in January 2019, when Opposition leaders were trying to stitch together a Grand Alliance or Mahagathbandhan. Taking a dig at it, he said the people of India should decide whether they wanted a mazboot (strong) or majboor (weak) government. Only he could provide a mazboot government because only he could win a decisive victory for the BJP – and form a government without having to depend on allies for support, without having to bargain and make compromises.

Modi’s call for a mazboot government exploited the popular memory regarding the messiness of past coalition governments, dogged as these were by internal competition and squabbles. Think how late AIADMK leadership J Jayalalitha’s brinkmanship led to the collapse of the Vajpayee government by just a vote. Or how Chandra Shekhar brought down VP Singh, and Congress leader Sitaram Kesri dethroned HD Deve Gowda in pique. Or how the politics inside the UPA between 2009 and 2014 undermined Manmohan Singh.

Modi’s mazboot government has given us, apart from demonetisation and a contracting economy, lakhs of deaths due to a flawed strategy to tackle the Covid-19 pandemic. His vaccine policy that will not provide India with herd immunity for months. On top of it, also a society with festering bitterness, a polity riven with divisions, and a federal structure eroded.

The lessons from Covid-19 for the people of India are that a giant in the electoral arena is not necessarily endowed with skills in governance; that a leader who procrastinates is better for our safety; that a stable government can destabilise our lives; that too many leaders with equal status and competing interests can evolve a policy good for all. Above all, remember, the tortoise won the race because the hare presumed it would win, as Modi too did over Covid-19.

The author is an independent journalist. The views are personal