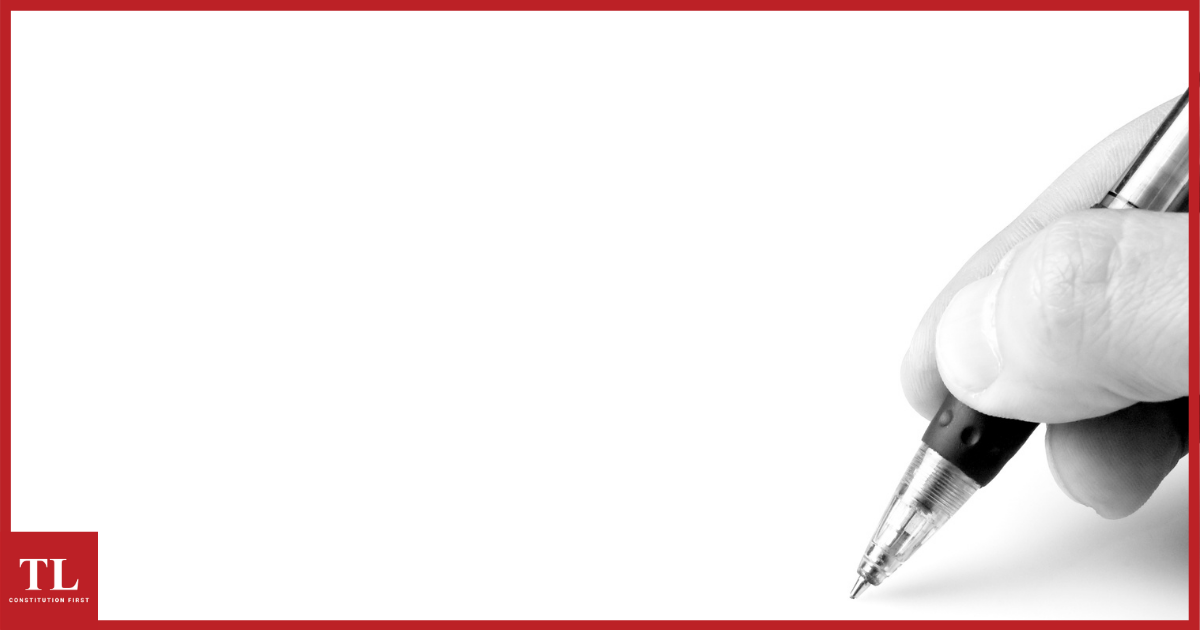 Why lawyers must take to writing

Recalling a recent memorable visit from a young lawyer that made him reminisce about how he began writing, JUSTICE YATINDRA SINGH writes about how writing has helped him with his lawyering, advises lawyers to take up to writing, and shares the rules for writing that he follows.

I LIVE alone in Noida: my wife and son are on university faculties at different places. Sometimes, it causes me loneliness and depression. But life does brighten up, as it did recently, when a young lawyer came over for a courtesy call.

The young man had, after graduating from law school, completed a clerkship for a Supreme Court judge, and just entered the litigation world. The reason for the visit was an emotional one.

When he had entered law school, his grandfather, who had been a Hindi school teacher, presented him his first law book titled ‘A Lawyer’s World And Childhood Dreams’, which is the first book I had authored. He told me that he had read it with fascination; keeps it on his table; and was inspired by it.

Unfortunately, his grandfather was no more. That day was his barsi [‘first death anniversary’]. The young man wanted my signature on his copy of the book.

He had the first edition of my book. The copy was not in a good condition: it seemed to have had gone through several hands, or the same hands many times, due to how worn and marked it was. I presented him with a copy of the second edition of the book that has a few more articles, signed it, and wished him success.

We spent some hours together, talking about myriad topics such as his journey thus far, the books he should read, the verbosity of Indian legal judgments, court pleadings and written submissions.

He remarked it must have required me great effort to write the book. This took me down memory lane and made me reminisce about why I started writing and how it helped me in the profession.

How writing helped me

There are issues that I am passionate about. Earlier in life, I found that the best way to express my feelings or even register my protest about these issues was through writing.

During the infamous National Emergency, I was impressed by three newspapers: The Statesman and The Indian Express, and a local newspaper called Northern India Patrika. These were among the very few publications that had refused to cow down to the Union Government’s censorious demands.

I wished to have my writings featured on the pages of these papers. But the publishing media is unwilling to feature commentary by unknown persons. However, since they do accept contributions for the ‘letters to the editor’ section from readers, I started sending such letters to these newspapers for publication.

Gradually, I moved up to writing book reviews, and then to articles. Through this journey, I received a lot of comments and feedback on my writing.

Newspapers are always short of space. Therefore, a piece written for them has to be concise. Writing in such a way as to make one’s point in a crisp and condensed manner is not easy, but with practice and effort, I began sharpening my writing skills.

In the process, I learned that language should be understood by the common man, and understood the importance of cultivating plain language in the law. I realised that writing should not be meant to impress but to make oneself accessible to others. In order to achieve it, I framed the following guidelines for myself, and continue to follow them:

I cannot say that I have mastered the skill of writing succinctly, but all of the time I have spent trying has improved my pleadings, written submissions, and judgement-writing. It also enhanced my logical thinking and communication skills, which are an asset to anyone.

In my youth, it was relatively difficult to get one’s writing published, as the only available avenues were newspapers and magazines that were selective with their content and choice of writers. Now, of course, it is no longer so. Apart from those two, one can write for the numerous web media available, start their own website or blog, or write on social media websites (such as LinkedIn, Facebook, Medium and Twitter, among so many others) either through original posts or by commenting on those of others.

But be cautious: whereas earlier, writings faded easily from public memory, it is no longer so. The internet is unforgiving, and it never forgets. So choose your words carefully. One never knows if one’s words may offend someone. Hopefully, yours will impress and inspire others, and in the evening of your life, you may get a pleasant surprise in the form of a gratifying visit.

Thank you, my young friend, for brightening my evening.

There is a rule that one must remember. It is mostly forgotten nowadays due to the ease of communication.

Share your writing, be it in a newspaper, for a website or your personal blog, on social media, if you choose to, but never tag anyone, and never send your writing to anyone unsolicited, unless you are writing about that person or you are close enough to them to know that they would like to read it.

Unsolicited communication is spam. Don’t commit this mistake. It will not only put you in bad light, but annoy the recipients as well.

I get numerous unsolicited communications: some that are relevant and warrant my attention, but most just spam. I don’t ignore them and read them all so that I don’t miss a single one that may require my attention. It is a time-consuming and painful process.

My advice to all lawyers is – start writing, and start expressing yourself.

Write like Lord Tom Denning, rather than like Justice V. Krishna Iyer; write in the fashion of Privy Council judgments, rather than that of Indian ones; publish on a website or blog; share it on social media, but never send them unsolicited.

(Justice Yatindra Singh is a former Chief Justice of the Chhattisgarh High Court, and a Senior Advocate. He has also served as Additional Advocate General of Uttar Pradesh. The views expressed are personal.)