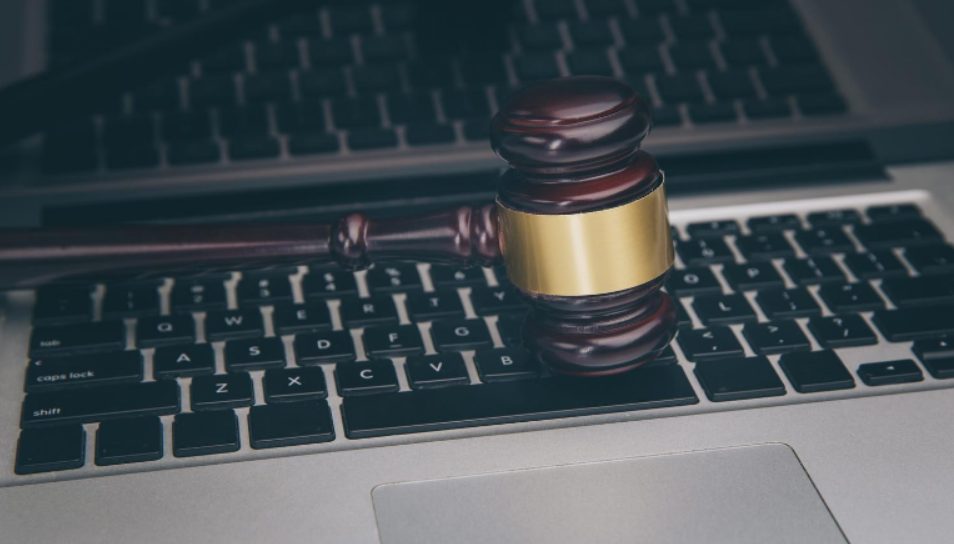 [Part 2] Why is admissibility and authenticity of electronic evidence necessary?

SECTION 65A and 65B are complete codes within itself. It is relevant to emphasise that Section 65-B of the Indian Evidence Act starts with a non-obstante clause i.e notwithstanding anything contained.

Section 61 to 65 refers to ‘documents’ and the manner in which the same can be proved and since, as pointed out above, the expression ‘document’ does not include electronic record and thus none of these Sections can be referred to or invoked to prove an electronic record.

The amendment to Section 2 of the Evidence Act states that terms “electronic form”, “electronic records”, “information”, shall have the same meaning as assigned by the Information Technology Act, 2000 (IT Act).

Section 2 (o) of the IT Act, defines ‘data’ as a representation of information, knowledge, facts, concepts, or instructions in a formalised manner to be processed in a computer system/network. It may be in any form including computer printouts, magnetic or optical storage media, punched cards, punched tapes, or stored internally in the memory of the computer.

Data signifies information in any form, be it in the shape of printouts or stored in any of the devices mentioned in Section 2 (o).

Section 2 (v) of the IT Act defines ‘information’ which includes data, message, text, images, sound, voice, codes, computer programmes, software and databases or microfilms or computer-generated microfiche. It would also include printouts.

Section 2(t) of the IT Act defines ‘electronic record’ which means data, record or data generated, image or sound stored, received or sent in an ‘electronic form’ or microfilms or computer-generated microfiche.

Electronic Records as different from printouts of electronic records

‘Electronic records’ are those which require a machine to read. This refers to computer-generated records, information stored on visual and aural media such as voicemail systems, DVDs, and microforms such as microfiche and microfilm etc. In other words, an ‘Electronic Record’ is “any combination of text, graphics, data, audio, pictorial, or other information representation in digital form that is created, modified, maintained, archived, retrieved, or distributed by a computer system”.

The Statement of Objects of the IT Act makes it clear that the purpose was to allow the electronic record i.e. the information available on any electronic device, to be used as evidence in addition to the paper-based or oral evidence.

Thus, it is clear that printouts do not fall within the ambit of the expression ‘electronic records’.

This amalgamation of two formats has apparently resulted in a loose understanding of the expression ‘electronic records’ to mean and include ‘print-outs’ by the courts. But that is not correct on the face of the definition of ‘electronic record’ in the IT Act or otherwise in general parlance.

The moment a print-out is taken of any data stored in electronic form, then it no longer remains an ‘electronic record’. It appears this thin difference in these two formats or two forms of ‘electronic record’ has been completely missed out by the Courts

For example, any data be it a sale-deed or an agreement or a petition or an undertaking or purchase order or a photograph or an email or any text message, etc., when stored in a computer or any other ‘electronic device’, is data available in ‘electronic form’ and is thus an ‘electronic record’. But the moment a print-out is taken of any of this data on a piece of paper then it no more remains an ‘electronic record’, though certainly called as ‘electronic record’ translated or transformed in the shape of the paper-based document.

It appears this thin difference in these two formats or two forms of ‘electronic record’ has been completely missed out by the Courts while interpreting Section 65B and this has created so much confusion around this Section.

Section 65-B deals with an ‘electronic record’ which is printed on paper, stored, recorded or copied in an optical or magnetic media produced by a computer, which has been referred to as the ‘computer output’. ‘Computer Output’ means “data generated by a computer”.

Precondition for admissibility of electronic record

Section 65B contemplates a Certificate, both regarding the information and the generating and the output device. For an electronic record to be admissible in evidence it must fulfill the pre-condition under sub-section (2) read with sub-section (5) of Section 65B.

A certificate signed by a duly authorised person certifying specific details relating to the origin of the said record, the device, the manner in which it was produced etc must be filed along with the electronic record.  Further, sub-section 4 requires a certificate containing the requisite information duly signed by an authorised official.

Object of the certificate under Section 65B

In Tukaram S. Dighole V. Maikrao Shivaji Kokate, the apex court held that the tapes/cassettes are susceptible to tampering and alterations by transposition, excision, etc. which may be difficult to detect, and therefore, such evidence has to be received with caution. The Court also emphasised that to rule out the possibility of any kind of tampering with the tape, the standard of proof about its authenticity and accuracy has to be more stringent as compared to other documentary evidence.

This is the purpose of Section 65B which requires the electronic evidence to be accompanied with a certificate certifying the authenticity of the device and the recorded materials tendered in evidence.

The first such case in which the Supreme Court has dealt with Section 65B of the Evidence Act was the parliament attack case of State (NCT of Delhi) v. Navjot Sandhu. The contention was that the information contained in the electronic record cannot be adduced in evidence in absence of a certificate issued under sub-section (4) of Section 65-B of the Evidence Act. In any case,  even secondary evidence under Section 63 is not admissible in the absence of examination of a competent witness acquainted with the functioning of the computers during the relevant time and the manner in which the printouts were taken.

The Division Bench of the Apex Court held that “according to Section 63, secondary evidence means and includes, among other things, ‘copies made from the original by mechanical processes which in themselves ensure the accuracy of the copy, and copies compared with such copies’. Section 65 enables secondary evidence of the contents of a document to be adduced if the original is of such a nature as not to be easily movable. It is not in dispute that the information contained in the call records is stored in huge servers which cannot be easily moved and produced in the court. Hence, printouts taken from the computers/servers by mechanical process and certified by a responsible official of the service-providing company can be led in evidence through a witness who can identify the signatures of the certifying officer or otherwise speak of the facts based on his personal knowledge. Irrespective of the compliance with the requirements of Section 65-B, there is no bar to adduce secondary evidence under the other provisions of the Evidence Act, namely, Sections 63 and 65. It may be that the certificate containing the details in sub-section (4) of Section 65-B is not filed in the instant case, but that does not mean that secondary evidence cannot be given even if the law permits such evidence to be given in the circumstances mentioned in the relevant provisions, namely, Sections 63 and 65”.

In this case, the Hon’ble Court had apparently erred in drawing force from clause (d) of Section 65 to treat the electronic record (mobile phone call records in this case) as secondary evidence under Section 63 of the Act and thus erred in taking the view that the failure in furnishing the requisite certificate, would not render the evidence inadmissible.

Mohd. Ajmal Amir Kasab v. State of Maharashtra(Bombay 26/11 attack case), was another case where the transcripts of internet transactions were though very heavily relied upon by the prosecution to prove the guilt of the accused, but in this case, the question of non-compliance of section 65-B did not even arise.