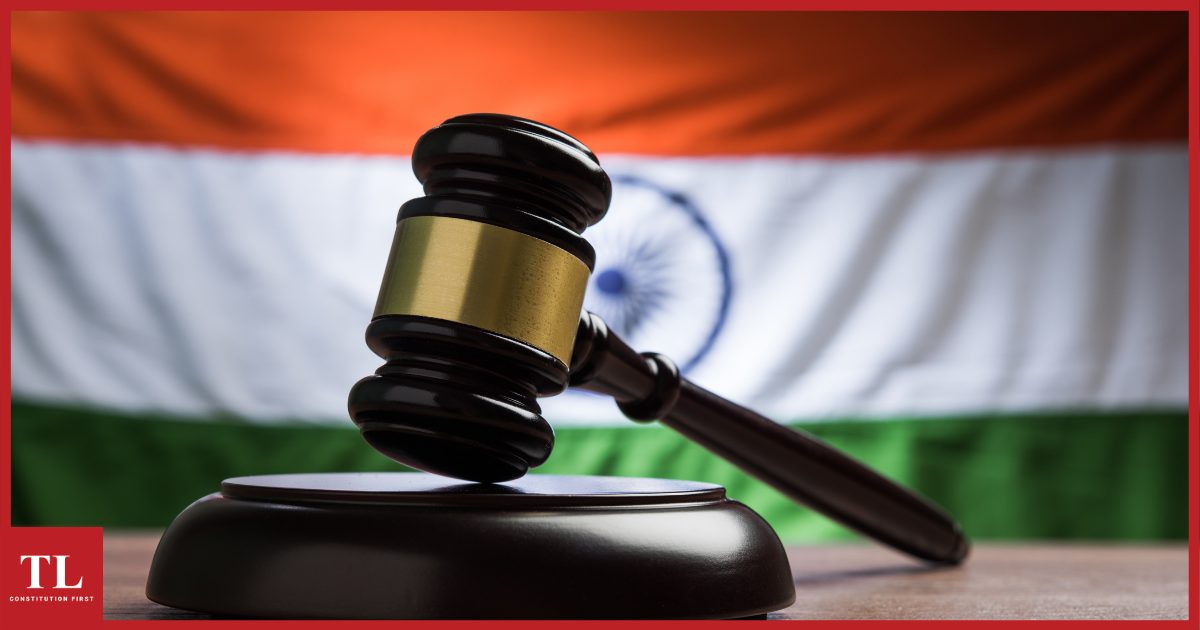 By examining the effect of the recently enacted Government of National Capital Territory of Delhi (Amendment) Act, 2021 and the popular discussions around it, ANCHAL BHATHEJA shines a light on the vitality of instilling a constitutionalist perspective into our national political discourse.

THE recent passage of the Government of National Capital Territory of Delhi (Amendment) Act 2021, which declares the Lieutenant Governor (LG) as the ‘government’ of Delhi, was reported by plenty of news outlets as a “setback to Kejriwal” .

In order to highlight the problems with such reportage, it is worthwhile to begin with an analysis of some salient features of this new legislation.

Even though Delhi is a Union Territory (UT), by virtue of Article 239AA of the Indian Constitution, it has some unique features that accord it a ‘sui generis status’ setting it apart from the other UTs, as was also acknowledged by the Supreme Court in its judgment in the case of Govt. of NCT of Delhi vs Union of India, (2018) 8 SCC 501. Even though Delhi is not a state per se as per our Constitutional scheme, it has relatively more privileges than an ordinary UT.

While states are empowered to constitute their own elected Legislative Assemblies (LA) to legislate on matters prescribed in the state and concurrent lists in the Seventh Schedule of the Constitution, UTs are smaller administrative units that are governed by the Union Government, generally through an appointed LG. The exceptions to this rule are the UTs of Delhi, Jammu and Kashmir, and Puducherry.

What does the Amendment Act do?

As per the Government of National Capital Territory of Delhi Act, 1991, the National Capital Territory of Delhi (NCTD) must have a legislative assembly of 70 members who are directly elected by the electorate from various constituencies of Delhi. The Supreme Court, in its 2018 verdict cited above, had clarified that Delhi is not a state but that the LG of Delhi had no independent decision-making powers, and was bound to follow the “aid and advice” of the Delhi Chief Minister (CM)-headed Council of Ministers of the Government of NCTD on all matters except those pertaining to police, public order and land..

Now, the amendment that has been recently passed by both houses of the Parliament, and had also gained the President’s assent on 28th March 2021, declares that the expression “government” in any law passed by the LA of NCTD shall mean the LG. Further, the LA cannot make any rules concerning the day-to-day administration or inquiries in relation to administrative decisions, without first seeking the opinion of the LG. The act mandates that the Government of NCTD seek the opinion of the LG before taking any executive action.

The transparent purport of the amendment is to turn the LA of NCTD into a toothless tiger by effectively vesting all its actual powers of day-to-day business, inquiries, and initiation of executive action in the LG.

In a constitutional democracy like ours, it is paramount to ensure that the voters, who have been constitutionally empowered to exercise their will in choosing their legislative representatives, should be governed by those they choose to elect into the legislature.

The office of the citizen is higher than the narrow political tussle between the offices of the LG and the CM, and it is only because the CM and the Council of Ministers have come to power with the will of the people that they ought not to be reduced to a mere mute puppet.

How the debate around the Amendment Act is being framed

As much as this amendment is, therefore, an assault on the federal and democratic spirit of the Constitution, which form a part of its basic structure; another matter of concern, that deserves far more scrutiny and discourse, is the way this whole event is perceived by the news media and projected into popular imagination.

We are seeing a constitutionally empowered organ of the State (the Parliament) legitimately passing a law that almost defenestrates another organ of the State (NCTD’s LA). Why, then, are almost no politicians or contemporary commentators framing this matter within the contours of the Constitution?

NCTD CM Arvind Kejriwal and Deputy CM Manish Sisodia reportedly said that the Amendment Act has been passed because the Bharatiya Janta Party (BJP) is afraid of the good work that the Aam Aadmi Party (AAP) government has been doing in Delhi. CM Kejriwal has also called the Act an insult to the people of Delhi. Mr. Sisodia has also alleged while criticizing the Act, that the BJP is insecure about Kejriwal emerging as an alternative to Prime Minister Narendra Modi. Some analysts have even tried to tie this in with Kejriwal’s “flirting with Hindutva” and his attempt to ape the BJP, in response to which the BJP-majority Parliament has cut Kejriwal’s authority into pieces.

Also read: With a new bill, the Centre attempts to neutralise Arvind Kejriwal. Will it stem the growing popularity of AAP?

Missing from these narratives, though, is even a mention of the Constitutional issues at stake.

Why the absence of Constitutionalist perspectives in popular narratives matters

Law and politics, of course, are closely related. It is imperative to discuss and debate law and politics, and the intersection between the two. Understanding its context is undeniably important to grasp the bare bones of any law and the impact it has on the subjects it governs. However, the debate around the constitutional issues surrounding the Amendment Act deserves far more space than it has received.

It makes political sense to argue that all eligible voters are constitutionally empowered to elect their government, and letting a remotely-appointed individual sit above the elected representatives of the people is a disrespect to the Constitution and its spirit; that Article 239AA(6) provides that the Council of Ministers in NCTD are to be collectively responsible to its LA, which is why this amendment, which essentially makes the Council of Ministers subservient to the LG, is constitutionally untenable; that by virtually overruling the Supreme Court’s 2018 five-judge bench decision referred to above, which interprets the Constitutional schema in relation to NCTD, the Amendment Act is attempting to overturn that very schema.

Also read: Why Delhi Citizens Will Be the Real ‘Losers’ if NCT Bill Is Passed

One could counter that laypersons may not be able to grasp the intricacies of the Constitution vis-à-vis the Amendment Act. However, who else can one expect to guide and educate our citizens about the provisions and principles of our nation’s founding document, if not our political leaders and the news media?

One may recall that our Constitution, especially its Preamble, was regularly invoked during the anti-Citizenship Amendment Act protests of late-2019 and early 2020. Unfortunately, such invocations are not routine, but rare. Discussions about the Constitution ought to permeate into many more public-political discourses.

The urgency for having a more conscious citizenry capable of framing its demands and debates in the color of the Constitution is necessary because Constitutions cannot survive on their own. In order to thrive and evolve in the public imagination, they need to create a politics around them, which can perpetuate their survival.

With the rise of a single party-majority in the Parliament that has expressed covert intentions to re-shape the Constitution, it is vital for the citizens and opposition parties to know the Constitution, and cajole the government to take it seriously.

A few years back, BJP’s Union Minister Anant Kumar Hegde expressed his desire to remove the word ‘secular’ from the constitution. Another BJP Member of Parliament, Rakesh Sinha, had sought to move a bill in Rajya Sabha to remove the words ‘socialism’ and ‘secularism’ from the Preamble to the Constitution. But no formal process was initiated towards that end around that time.

However, since then, we have just moved closer to a more homogeneous and majoritarian polity, with the nullification of Article 370 of the Constitution, and the passage of the CAA and the controversial farm laws, among other things. In this scenario, our Constitution needs critical, argumentative and conscious citizens to defend and preserve its integrity.

Also read: Constitution Day: Are ‘We The People’ Real?

Needed: a reframing of the questions around contentious political issues

So along with the political and economic debates around the farming legislations, for instance, it is necessary to talk about the farmers’ fundamental rights to life and to protest under Articles 21 and 19 respectively. It is also important to talk about how these legislations assault the principles of federalism enumerated in the Constitution (as ‘agriculture’ falls within the State list of Schedule Seven, which means that the Union could not have legislated on this subject as per the Constitution).

Instead of criticizing the CAA purely in terms of our prejudices against minorities, it is important to also examine it in the light of right to equality under Article 14 of the Constitution.

Finally, while talking about the Amendment Act, the anchor of the debate should not be the political battle between two politicians or political parties; it should be the democratic ethos imbued in our Constitution.

We must have as many public readings of the Preamble and the Constitution, as there are Prime Time TV debates between spokespersons of different political parties on the manufactured controversy of the day. There is a need to engage with the Constitution with the kind of vigor and enthusiasm that we seem to reserve for cricket and football matches. There is, simply, a need to engrain our Constitution in our cultural life.

Today, more than ever, India needs many more vocal constitutionalist citizens to stay a democracy.

(Anchal Bhatheja is a student of the National Law School of India University, Bangalore.  The views expressed are personal.)