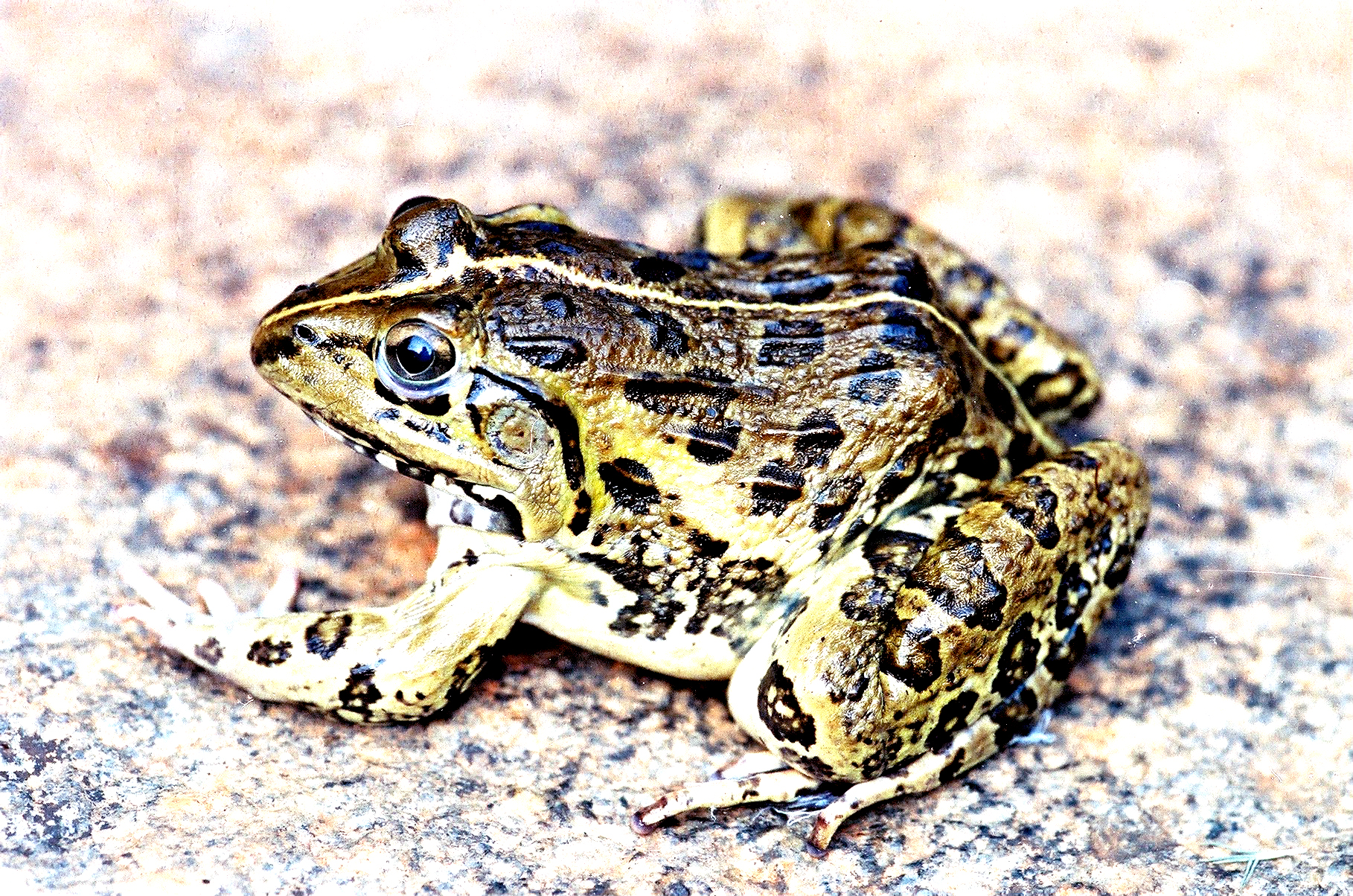 Why Indian Bullfrogs in Goa are in sight of poachers

Although there are laws to restrain the poaching of bullfrogs in Goa, they are poached for their meat and the thrill of catching something illegal. NAVAMYA G. ACHARYA reports why it is easier to hunt frogs when the pre-monsoon showers embrace the land, and the conservation efforts in place to put an end to their poaching.

AFTER the scorching summer, Goa embraces the monsoon with open arms. It is a time when the springs, waterfalls, ponds and lakes come to life. People trek to waterfalls to witness their magnificent beauty and to enjoy the wilderness. The rice paddy fields and trees around are in all shades of green, giving away a tropical vibe.

Amidst all this, the croaking of frogs can be heard as the mating season begins. There are more than 117 species of amphibians found in the state. As the frogs step out of hibernation, they are in a vulnerable position and can be easily caught by human beings. This is because the amphibian is still in a hazy state to come to realize its surroundings and be fully aware. Understandably so, as it has just emerged after a lot of its time underground.

Since the initial monsoon showers have just begun, water is still filling up in puddles, ponds, fields, and other water bodies, making it even easier to catch frogs. This year, the pre-monsoon showers were received when Cyclone Tauktae hit the state.

The Indian Bullfrog is the largest frog species in India. It is dark green-brown in color, making it easy to camouflage on land. During the mating season, the male frogs are in bright yellow with blue vocal sacs in search of a female. They can be identified with their long hind legs and pointed nose.

The Indian Bullfrog is protected under Schedule IV of the Wildlife Protection Act, 1972. Its poaching can lead to imprisonment of up to three years and a fine of up to Rs. 25,000.

In spite of this, bullfrogs are widely poached in the state for their meat. “People are attracted towards wild games. The prowess of hunting a wild animal and eating it gives a lot of thrill,” says Benhail Antao, a wildlife conservationist.

As the saying goes, forbidden fruit is always sweet. Despite being aware that poaching frogs are illegal, people continue to do it as peak hunting season occurs only once a year, and the demand for their meat remains high. The two species that are consumed in Goa are the Indian Bullfrog and Jerdon’s Bullfrog.

The delicacy is dubbed as ‘jumping Chicken’ as a code word to ask for frog meat, as its illegality means that it cannot be openly sold. Restaurants too, have become cautious in serving frog meat, and serve it to only to known and trusted customers. It is served as Chilly Fry, Soup, or Xacuti.

Their rampant poaching and consumption have led to a shortfall in their population in the state. However, with frogs, it is difficult to keep data, track numbers and manage stocks, so exact data on their numbers are elusive.

Frogs may not be most people’s favorite animal, but they do play a vital role in the ecosystem. “Conservation of Indian bullfrogs and their habitats is essential as they are not only important links in the ecological food chain but are nature’s biological pest controllers and keep a check on larval transmitted diseases in the state,” says Nirmal Kulkarni, Herpetologist and Expert Member at the Goa State Biodiversity Board.

On the 71st Republic Day, the Tableau of Goa was represented by a large green frog playing the guitar. The intention of this was to spread awareness of the ‘Save the Frog’ campaign that was initiated to control the poaching of the amphibian species.

The campaign was launched by state authorities and NGOs to bring attention to the importance of the frog in our ecosystem. Without frogs, there will be a precipitous increase in the mosquito population and human-snake conflict, disrupting the food chain. Frogs are also important because they respond to even subtle changes in the atmosphere. With climate change on the rise, it is essential to have these frogs alive.

“’Save the Frog’ campaign was started by my brother Hansel and me, with the help of others like – the Goa forest department and the local media, we helped drum up support for the cause as a lot of people did not know that frogs were endangered,” says Clinton Vaz, an honorary wildlife warden, and wildlife enthusiast.

“We created handouts, wrote articles, created awareness and after all that, when the monsoons came, we started patrolling, both by civilians and the forest department,” says Clinton. In the first year of patrolling, they nabbed 39 poachers.

Endangered species, vital to the ecosystem

The Indian Bullfrog and Jerdon’s Bullfrog are listed under the International Union for Conservation of Nature’s (IUCN) Red List of threatened species, which is the world’s most comprehensive inventory of the global conservation status of biological species.

Frog poaching is not the only thing causing a decline in the population of the amphibian species, “Wetlands, rice fields, gardens, and plantations are bullfrog areas. The use of pesticides and herbicides drastically affects the amphibian population,” says Kulkarni. “The conversion of fields and farmlands to human habitation and pollution of water bodies results in irreversible damage to frog habitats.”

Due to the awareness campaigns around conserving these frogs, patrolling has been stepped up of late, especially during evening hours, to catch frog poachers. Over the years, because of the vigilance by patrolling officials and the awareness that has been created around the importance of frogs, there has been a decline in the cases booked against offenders.

A forest officer told The Leaflet that there was no case of frog poaching registered this year. This could be because of the ongoing pandemic, the awareness created around the illegality of consuming frogs, as well as the strict patrolling that is done during monsoons, which is the season of poaching.