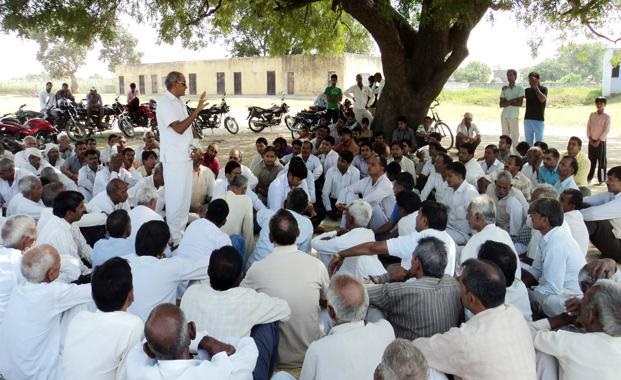 Why have Gram Nyayalayas failed in India?

Gram Nyayalayas have tremendous potential in theory.  But, it is sadly not harnessed as yet. They could’ve easily performed the role of making justice more accessible, affordable and attainable for Indians, as envisioned in the constitution, says YASH AGARWAL.

In a recent interview to The Hindu, advocate Prashant Bhushan lamented how Gram Nyayalayas were meant to function as courts where the CPC and CrPC (Civil and Criminal Procedure) wouldn’t apply, which would be closer to the people at sub-tehsil levels and be more accessible to those even without a lawyer. Still, none of this has worked out as was envisioned. What exactly are the Gram Nyayalayas? How did these institutions come about and which explicit purpose were they set up to serve? Finally, why did it not work they way it was envisioned?

The 114th Law Commission had recommended in its report, the establishment of Gram Nyayalayas with the aim of making justice more speedy and accessible for India’s most underprivileged.

These were to be a new tier of courts, and Parliament, acting on the recommendation passed the Gram Nyayalayas act of 2008. The Act came into force on the October 2, 2009. It was Gandhi Jayanti and it was a fitting day to operationalise such a law.

The make-up of these institutions was to be unique in a number of ways. These were to be mobile courts presided over by Nyayadhikaris.

The Nyayadhikaris are judicial officers functioning as an equivalent of Judicial Magistrates of the first class, drawing the same salary and having the same spectrum of powers as well.

They were to be appointed by the state governments in consultation with its High Court. The Gram Nyayalayas were to exercise powers of both criminal as well as civil courts and their judicial competence was to be limited to disputes specified in the first three schedules of the act.

The make-up of these institutions was to be unique in a number of ways. These were to be mobile courts presided over by Nyayadhikaris.

These institutions were to aim for the settlement of disputes to the extent feasible by means of reconciliation and conciliators were to be appointed for this purpose as well. Moreover, Gram Nyayalayas are not bound by the rules of evidence as provided in the Indian Evidence Act of 1872, but subject to rules as framed by respective High Courts and instead guided by the principles of natural justice.

They have jurisdiction over an area as specified by the state government via a notification, in consultation with the High Court concerned.

In September of 2019, an NGO called The National Federation of Societies for Fast Justice filed a PIL with the Supreme Court. It stated that against a targeted requirement of 2,500 Gram Nyayalayas which were to be established by the end of the 12th five-year plan period in 2017, only 320 had been notified by just 11 state governments. What’s worse is that as of September of 2019, only 204 Gram Nyayalayas were functional in India. As many as 18 states have chosen to not notify any Gram Nyayalayas at all in the past decade or so.

As per a report published by the Swaniti Initiative, this was the year-wise number of Gram Nyayalayas aimed to be set up along with the requirement of funds:

In response to the PIL, the Supreme Court issued notices to the states as well as the union government seeking a response to the plea. Then, four months later in February of 2020, the Supreme Court directed those 18 states which hadn’t even come out with notifications for the establishment of Gram Nyayalayas to do so within four weeks. The respective High Courts were also instructed to expedite progress and consultation on the issue with their state governments concerned.

What’s worse is that as of September of 2019, only 204 Gram Nyayalayas were functional in India. As many as 18 states have chosen to not notify any Gram Nyayalayas at all in the past decade or so.

In the most recently concluded monsoon session of Parliament, the Minister for Law and Justice provided a detailed response on the progress made in the establishment of Gram Nyayalayas in the country while responding to a question on the same. As per the latest records available with the government, 12 states in India have notified 395 Gram Nyayalayas thus far.

Why hasn’t it worked out as envisioned?

What could be the reasons behind the failure in the uptake of Gram Nyayalayas as institutions of justice delivery, well-intended as they may be? The usual constraints of financing and state capacity remain, of course. There have also been elements of reluctance on the part of police officials, lawyers and other functionaries in even bringing cases to the Gram Nyayalayas.

However, a bigger issue seems to concern the fact that many states have over the years gone ahead and established regular courts at the Taluk level thereby lessening the need for such institutions.

The two-judge bench also took umbrage at the fact that even among those states which had issued such a notification, barely around half the Gram Nyayalayas were functional.

Moreover, Gram Nyayalayas also exist in a grey area wherein as much as they help expand the formal legal setup, they simultaneously divert from mainstream legal system tenets as well, thus acting as a handicap on their wider adoption. It isn’t clear either if Gram Nyayalayas introduce disputes to the formal legal system which would otherwise have been resolved anyways via alternative means.

Finally, it all boils down to the fact that Gram Nyayalayas have simply been relegated to the side-lines by most state governments in their pecking order of policy priorities.

Resource allocation remains low or non-existent, there’s been no serious investment that has been made in terms of infrastructure and other provisions and even the awareness in general among all stakeholders involved remains extremely limited. This hasn’t been aided by the fact that there remains a general sense of confusion as far as the jurisdiction of Gram Nyayalayas goes as specific courts and forums of litigation like Family courts and Labour courts have also been established over the years.

There’ve been a variety of ways that has been advocated for over the past decade, which could give Gram Nyayalayas a fresh lease of life as forums of justice delivery. There’ve been suggestions on running mass awareness campaigns with the aim of sensitising stakeholders on the utility and benefits of such a forum for availing justice.

However, a bigger issue seems to concern the fact that many states have over the years gone ahead and established regular courts at the Taluk level thereby lessening the need for such institutions.

Similarly, there’ve been ideas on establishing permanent Gram Nyayalayas, making it mandatory for new judicial officers to serve in these institutions, training Gram Nyayadhikaris better and so on.

The judicial, political and executive will has been completely missing as far as these institutions go, that’s what needs to change first and foremost. There needs to be clarity on what exactly the mandates of these institutions are, what means do we choose to achieve the same and what resource commitments would that take.

Fact remains that Gram Nyayalayas as institutions haven’t always had an instant buy-in by lawmakers. The Parliamentary standing committee in 2007 had said – “The Committee is of the opinion that rule of law cannot be achieved unless courts are created commensurate with the workload of courts. It feels that the creation of more Courts, rather than creation of an additional tier would ease out the burden presently experienced by Courts.“

Similarly, there’ve been ideas on establishing permanent Gram Nyayalayas, making it mandatory for new judicial officers to serve in these institutions, training Gram Nyayadhikaris better and so on.

More recently, in its report to Parliament, the Standing Committee expressed dismay at how Gram Nyayalayas were being held back from ushering in a revolution at the lowest levels of the Judiciary owing to issues with funding.

Gram Nyayalayas have a lot of potential. But, it has yet to be realised. They could’ve easily performed the role of making justice more accessible, affordable and attainable for Indians, as envisioned in the constitution. It’s a shame we’ve fallen so far short of these ideals.

(Yash Agarwal is a consultant and co-founder of publicpolicyindia.com. The views are personal.)