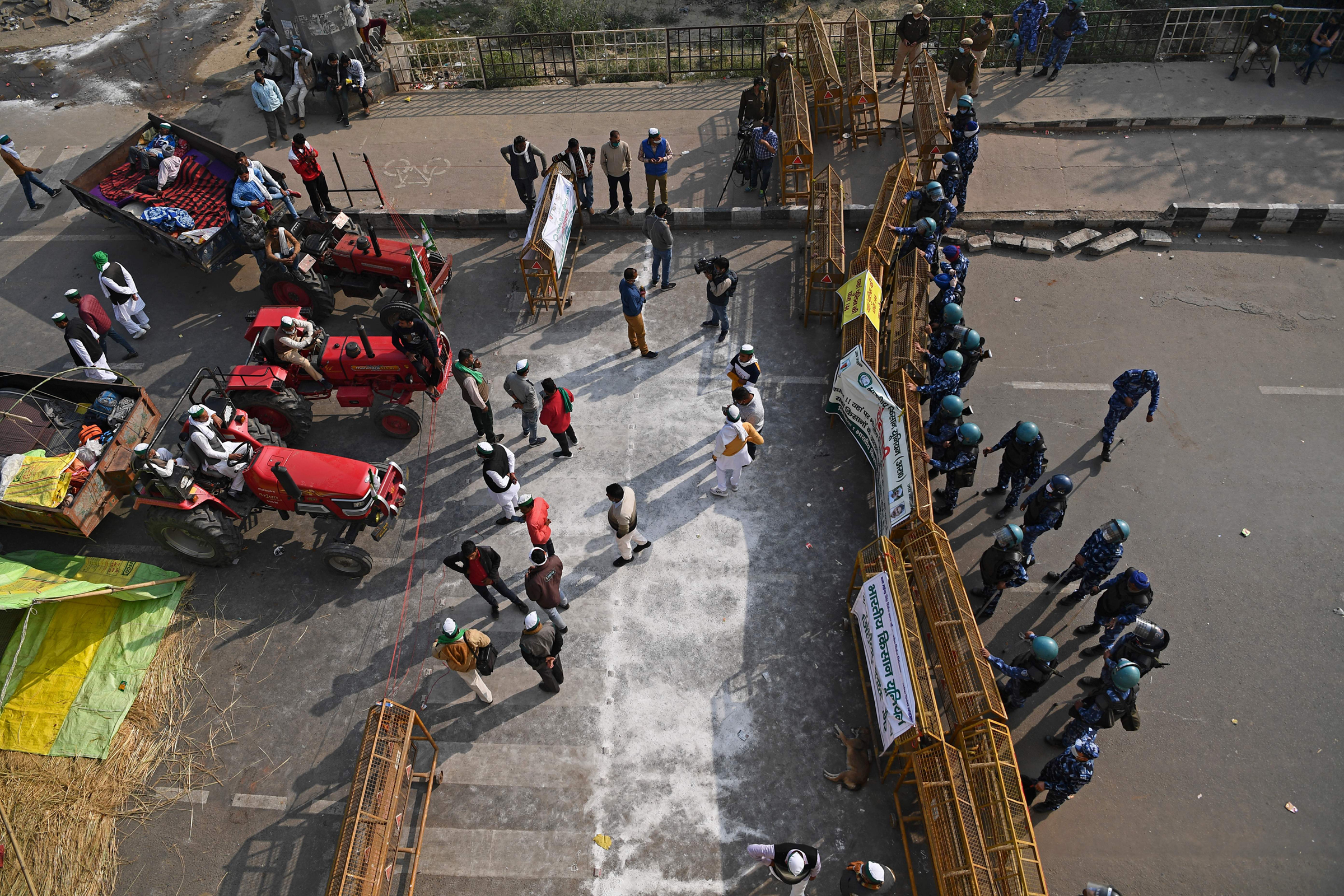 Why civil protests must necessarily disrupt the status quo

In light of the Supreme Court recently expressing concern at the disruption of traffic and inconvenience to common people due to the farmers’ protests around Delhi, VINEET BHALLA explains why successful direct action protests are essential to democracy and must inconvenience the public in order to be successful.

A petition was recently filed before the Supreme Court by a Noida resident, seeking removal of the road blockade at the Delhi-Uttar Pradesh border caused by protesting farmers, on grounds of inconvenience faced by commuters from Noida to Delhi.

While hearing the petition last week, a bench of Justices S.K. Kaul and M.M. Sundresh said “The redressal of problems can be through judicial forum, agitation or through Parliamentary debates. But how can the highways be blocked and this is happening perpetually. Where does this end?”

This mirrors the Supreme Court’s Amrit Sahni judgment from last year, also written by Justice Kaul, which stated that while the apex court appreciated the existence of the right to peaceful protest against a legislation, it is “unequivocally clear that public ways and public spaces cannot be occupied … indefinitely. … [s]uch kind of occupation of public ways, whether at the site in question or anywhere else for protests is not acceptable and the administration ought to take action to keep the areas clear of encroachments or obstructions.”

As explained by lawyer Paras Nath Singh on The Leaflet yesterday (albeit in a slightly different context), as well as by me in a previous piece for another outlet, the right to peaceful protest is a fundamental right, protected by Article 19(1)(a) and (b) of the Constitution of India. There is a robust body of jurisprudence laid out by previous Supreme Court judgments which define the contours of this right, and make it clear that not only must the State encourage the exercise of this right, but only proscribe it as per law based on grounds provided in Article 19(2) and (3).

However, in terms of narrative building, not only do such statements by the Court seemingly ignore the fact that the road blockades are actually put in place by the police (be it in the context of the Shaheen Bagh protests or the farmers’ protests around Delhi borders), but they also cast civil protestors in a negative light, as obstructors or disruptors occupying public ways; a problem to be cleared by the administration, instead of as citizens with legitimate grievances against the State that are exercising their fundamental right to air those to the State and other citizens.

Why do people participate in long-drawn protests?

Those who badger the farmers to protest in a less intrusive manner so as to not ‘harass commuters’ or ‘hinder traffic’, be it on social media, in newspaper columns, on Prime Time TV News shows or in the Supreme Court, must look at the protestors empathetically and ask: what makes ordinary citizens organize and participate in civil protests for weeks and months on end, and what is the objective of such protests?

The tens of thousands of farmers who have been doggedly protesting against the farm laws for over a year now, have been camped on the Delhi borders since late last year, having been denied permission to enter the capital to protest near the corridors of political power. They are protesting against the three contentious farm laws passed by the Parliament last year, which they see as an existential threat to their livelihood.

Now, regardless of what one thinks about the farm laws, one cannot deny that the protestors have a strong-felt grievance against them. When laws that will materially affect them are made without consulting them, when the Parliament gets absolved of any pretence of democratic process, and when the Supreme Court takes its own sweet time to decide crucial matters of public importance, then the only immediate resort, indeed the last resort, left with citizens is to take to the streets and hope to get their grievance lodged with the State.

This is how direct democracy works: citizens expressing their demands to their representatives in the hope that the latter can modify their policies according to the former’s wishes. This is why their fundamental right to do so is recognized and protected by the Constitution.

“That is fine. But why do they have to inconvenience the public? Why can’t they protest in a designated area, away from the roads?”

If someone legitimately believes that their way of life is under threat due to a government policy, can they be expected to engage meekly and politely with the State, and abide by the rules of the institutions that have failed them? If the farmers obediently shift their demonstrations to a remote spot allocated by the government, without disrupting the status quo, then they will get no attention, either from the State, the media, or the public. Their demands will likely fade out of the popular narrative.

The very fact that even a full year after the passage of the farm laws, there is still public discourse on their validity is evidence of the success of the farmers’ protests.

The hard truth is that in order to be successful, civil protests must upend the status quo and inconvenience the public for its problems to be taken seriously. According to American civil rights leader Benjamin Jealous, blocking highways is legitimate tactic for activists “who feel like they have no other way to get their community and the world to stop and take notice of what’s happened.”

The men and women who participate in these protests would surely prefer to not be away from their homes, and sit on the streets, braving the extreme weather conditions camping around Delhi, for so many months. They are having to put up with a lot more inconvenience than a longer commute. They would certainly not want to make anyone else’s life difficult. That they have to do so demonstrates that they have been forced into taking an extraordinary step by the State’s apathy.

For better or for worse, politicians and administrators are more likely to listen to civil protest movements that disrupt lives, to engage with and placate the protestors in order to negotiate with them and convince them to end their protests and provide respite to the larger body of citizens inconvenienced by the protest. To be clear, the protestors must carry out their protest in a peaceful manner within the bounds of law. As long as they do that, they are in legitimate exertion of their fundamental right, for which they must not even, ideally, be required to seek permission from the State.

Mahatma Gandhi, whose birth anniversary was celebrated a few days back and who is hailed as the Father of the Nation, harnessed such civil resistance placing one’s own body in harm’s way, open to the possibility of injury, imprisonment or even death, as a political tool in India’s freedom movement. Through satyagraha, he intended to convince the opponent and not to crush him, to convert the opponent, who must be “weaned from error by patience and sympathy”. The protesting farmers are following his legacy.

Direct your anger at the State, not the protestors

Therefore, a suggestion to those legitimately inconvenienced by the farmers’ protests, as well as those that will be inconvenienced by other civil protests down the road: The protestors are your co-citizens, fellow members of our national community, who are motivated by the desire to keep their lives from getting worse, not make yours worse. View their actions in good faith.

One’s anger at the disruption of one’s commute or one’s way of life should be directed not at the protestors, but at the State, and persuading it to cede its position and resolve the protestors’ grievance.

Independent India’s history of merely a few decades is resplendent with multiple glittering examples of street protests and direct action by ordinary citizens that fought for and led to meaningful social and policy changes.

Just like the farmers’ protest, most of these movements too were derided by the public and administration alike at their time. However, with the benefit of hindsight, we now recognize that those protestors were on the right side of history.