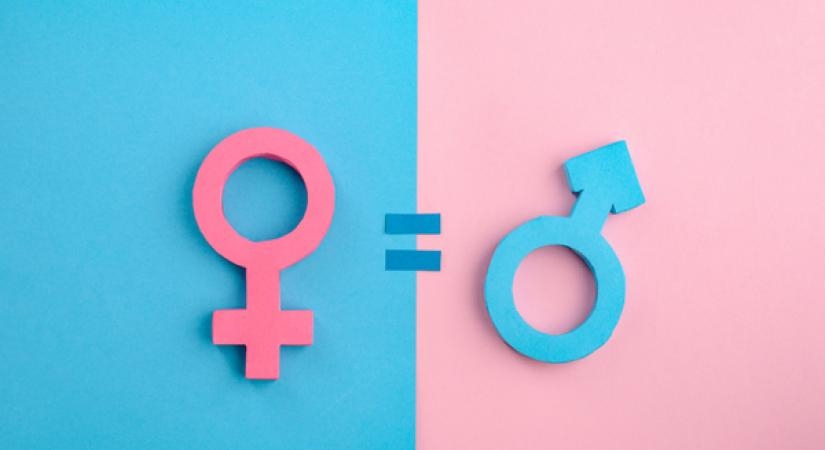 Why a Gender Sensitisation Training is the need of the hour

To dispel a fair amount of uncertainty surrounding gender sensitisation training,  at its core, it should be a method of sensitising professionals to ways in which human rights are violated and the harm that ensues, writes AALIYA WAZIRI.

ONE of the salient features of the Convention on the Elimination of All Forms of Discrimination against Women (CEDAW) is that it builds on substantive equality and State obligation to eliminate the granular structural inequalities faced by women. The first thing to know about CEDAW is that it codifies women’s rights into one cohesive format and establishes the inter-relatedness of civil, political, social and economic rights. It entrenches the breadth of international protection of women’s rights and it is precisely this aspect of CEDAW that deserves our focus.
We, in India, can boast of the lengthiest and strongest Constitution in the world. This is because we took two years to borrow best practices and legislations from other countries and mould them to fit our complex demographics. Contextualising is key to any successful legislation or policy. While the CEDAW outlines a host of vertical to horizontal rights for women, its strength lies in the fact that it leaves room for evolution. This is often an overlooked feature of CEDAW as it expands the effect of the human rights framework to bring within its ambit the dynamic needs of our ever-growing society. As any society evolves, its changing needs pose as precursors to ameliorative policies.
The presence of women in decision-making positions signals equality of opportunity in any profession, including the field of law and justice. The lack of women occupying such significant positions in public life would make one wonder if we are sufficiently representative of the society we serve. The justice sector is an integral partner in India’s national efforts to speed up the pace of change and to build a space conducive to reporting gender-based violence (GBV). However, this will necessarily depend on the norms changing and enabling women to positions of socio-political significance. Gender discrimination at the workplace is often the result of conscious and unconscious biases acquired through generations of conditioning. A gender sensitisation training aids the process of creating an inclusive workplace. Having in place a gender-sensitisation curriculum inches us closer to a gender-responsive system that will fulfil a promise for de jure or substantive equality.

The question that arises is: How do we move beyond charitable conversations surrounding women? The prompt is simple: We take steps towards concrete measures as opposed to stop-gap solutions. There is no one-step panacea for this but what is important is to identify and plug operational loopholes with affirmative action. Here we bank on the hypothesis that the struggle for gender justice is a long battle that is bound to leave lacunae in its midst. This is precisely where a gender-sensitisation curriculum comes in.
Also Read: How Lockdown Affected Working Women Spiking the Gender Gap

The Indian context and need for affirmative action

In the midst of prevailing patriarchal mores and the many crimes against women reported in the media, an often overlooked fact is that India is, actually, an affirmatively legislated country.  The Justice J.S. Verma Committee, constituted in the aftermath of the 2012 Delhi gang rape, made a specific nod to the Optional Protocol of the Convention on the Elimination of Discrimination Against Women, where the CEDAW committee emphasised the importance of appropriate training for judges, lawyers, law enforcement officers and medical personnel in understanding crimes of sexual offences in a gender-sensitive manner. It is at this juncture we must pause and reflect on the simple fact that any evolutionary change in law must necessarily be accompanied by measures to raise awareness on women’s rights to autonomy and physical integrity — issues that lie at the heart of a gender sensitisation training (GST). To build on this, it is essential that we integrate a gender perspective into reform processes from the very inception and stay with them throughout.
If we were to observe the trends for gender mainstreaming, we will find that allocating and financing budgetary considerations remains abysmal. We cannot sufficiently rectify the current gender inequity until we finance the redressal of disparity caused by gender discrimination. Arguing that gender equality, as a construct, does not correspond with parameters such as linearity and quantifiability is a myopic stand to take. Owing to the reason that gender equality cannot guarantee immediate economic growth or return on investment is an offhand approach.
Also Read: Delhi HC Women Lawyer Forum organises webinar on “Evolving a Feminist Jurisprudence
As of 2013, there were 479 all-female police stations (AFPS) in India. However, this may be a prime example of a band-aid measure since women make up only 10 per cent (roughly 215,000) of the Indian police force. That said, opening such AFPS has resulted in a 22% increase in reporting of crimes against women. What this tells us is that no reform can exist in isolation. It requires coordination with all stakeholders engaged in access to justice. For instance, if part of the plan is to encourage more people to report GBV, all personnel concerned with the said process must first be sensitised to GBV crimes, its prevalence and impact upon the victim’s behaviour. This requires specialised training which is why a carefully constructed manual is the need of the hour. It is of value that we appreciate accountability as a gamut and  must introspect where we stand on its different levels. The ability to access justice and legal aid will differ for women depending on diverse socio-cultural factors.

Our frame of reference is to reorganise (learned stereotypes), improve (upon existing gender reform) and develop (fair and equitable best practices) concerning victims of GBV.

An excellent article in the New York Times defines a blind spot not as an area of vision we can’t see but instead as our ability to forego  changes in what we pay attention to. Since the early 2000s psychologists have been researching this perceptual phenomenon to understand why even with something staring at us straight in the face, we may be unable to detect the change. Raising the threshold for judicial sensitivity in Aparna Bhat v. State of Madhya Pradesh, Justice Ravindra Bhat highlights that judges should desist from expressing any stereotype opinion during proceedings or in the course of a judicial order. The said judgment lays emphasis on why sensitivity should be displayed at all times by judges, so as to ensure that there is no traumatisation of the prosecutrix, during the proceedings.
Also Read: Sujata Kohli vs Rajiv Khosla: Behind the long and uneven legal battle
This is in consonance with the Guide on Gender Stereotyping in the Judiciary (2020) formulated by the Office of the United Nations High Commissioner for Human Rights (OHCHR) which elaborates on the need for re-structuring gender stereotyping (in cases related to sexual, reproductive health GBV) for the judicial sector. The idea is to avoid trivialisation of victim’s trauma and confrontation with accused/perpetrator, while simultaneously advocating for gender balance through sustained conditioning that is conducive to gender justice. This judgment is a landmark in more than one way, for it mandates the National Judicial Academy to devise a syllabus on judicial sensitivity to sexual offences, to be tested in the Judicial Services Examination (the entry-level exams for law graduates to become members of the lower judiciary in India).  To forego this pioneering judgment, that is right in front of our eyes,  – one that gives us an impetus to act – would be tantamount to change blindness on our part.

The recurrent question surrounding GST is confusion regarding the beneficiaries of such training. That is perhaps because there is no one particular beneficiary but an entire system that benefits from this, including but not limited to judges, prosecutors, legal professionals, law enforcing agencies and police personnel. The purpose it serves is much more than a capacity-building tool that disintegrates stigma surrounding GBV and aids in devising an appropriate institutional response to it.
In the past, efforts have been made to use the optional Protocol under CEDAW to combat human trafficking. An informative study by the Human Trafficking Legal Centre and Dechert LLP has highlighted that States often rely on gender-based misconceptions about rape and rape victims during prosecutions. While this is in violation of State’s obligations under the Convention to end gender discrimination, it can be effectively tackled with a gender sensitisation manual for law and police personnel.
The seminal handbook for Parliamentarians on Gender-responsive lawmaking by UN Women provides a strong factual base for additional funding to support specific gender equality work. It is imperative we discern, at this stage, the implicit thread linking gender mainstreaming and the very notion on which a gender sensitisation training pivots. There is ample evidence, in the form of comparative analysis from countries as diverse as Luxembourg, Thailand and Kenya where gender training has been successful, for us to bank on the presumption that not only do we need it, but training for our law enforcement officers is likely to yield fruit in India.

It is time we tilt our focus and restructure our resources towards a gender-responsive approach instead of a gender-neutral one. To simplify this, let us understand gender equality as a spectrum where anything that does not recognise the privilege attached to gender is inevitably gender-oppressive.

The United Nations Police Gender Toolkit talks about the operational necessity to professionally address the security needs of women, men, girls and boys. Similarly, the European Union has a Training Manual for Judges and Prosecutors on Ensuring Women’s Access to Justice that mentions why the said manual is integral in providing guidance to judges, prosecutors and lawyers to emphasise gender considerations into their practice. By virtue of these two documents, we can reasonably deduce that our frame of reference is to reorganise (learned stereotypes), improve (upon existing gender reform) and develop (fair and equitable best practices) concerning victims of GBV.
Finally, it is time we tilt our focus and restructure our resources towards a gender-responsive approach instead of a gender-neutral one. To simplify this, let us understand gender equality as a spectrum where anything that does not recognise the privilege attached to gender is inevitably gender-oppressive. In conclusion, to dispel a fair amount of uncertainty surrounding gender sensitisation training, I say that, at its core, it is a method of sensitising professionals to ways in which human rights are violated and the harm that ensues. And it is upon us to pursue a protocol that will enable an equitable outcome for all.
(Aaliya Waziri is a lawyer at the High Court of Delhi, India presently working as an International Consultant (Women Peace and Security) with UN Women Office for Timor Leste. She also serves as Consulting Editor for Grin Media Pvt. Ltd. Views expressed are personal.)