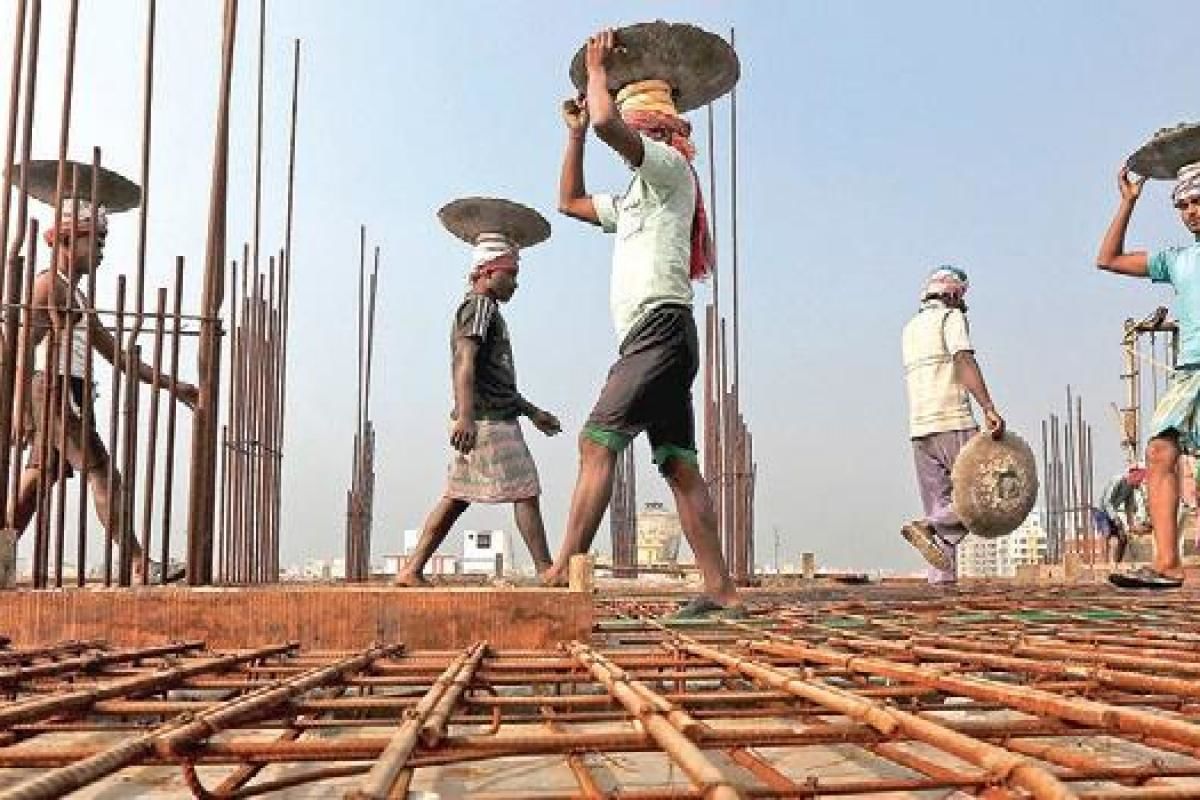 Who Will Penalize the Laxity on the Part of Law Enforcers? – Part III

In the third of a five-part series on the absence of checks and balances on the State to ensure the effective operation of labour laws, and how it led to the shameful and tragic predicament faced by thousands of migrant workers across the country during the COVID-induced nation-wide lockdown last year, K.R. SHYAM SUNDAR delves into the failure of implementing the Building and Other Construction Workers (Regulation of Employment and Conditions of Service) Act, 1996.

The BOCW Act provides for constitution of an elaborate machinery, viz. Advisory Committees (Sections 3 and 4, at the union and state levels) and Expert Committees (Section 5), State Welfare Boards (Section 18), Registering and Licensing Officers (Section 6), et al.  The statute seeks to ensure the welfare of BOCWs comprehensively, upon their registration, viz. regulation of hours of work and overtime pay, good conditions of work at workplaces, and temporary and free accommodation, etc. (Chapter-VI).

The BOCW Cess Act contemplates collection of a levy of 1%-2% of the construction cost (Section 3) for “augmenting” the coffers of the Welfare Boards. Both the statutes together envisage spending of the funds for the following causes – accident benefit, pension benefit, loan benefit for the construction of houses by the beneficiaries, group insurance scheme, financial assistance for the studies of the children of the beneficiaries, extension of medical assistance for treatment of major ailments of a beneficiary or his/her dependents, payment of maternity benefit to the female beneficiaries and so on.

Implementation of the law

But the administration of the BOCW Act is nothing but a disaster from the initial stage of registering the workers under it. The workers do not often register due to several reasons. The contractors often do not provide the workers with employment letters as this means accepting formal employment of these workers and incurring attendant legal liabilities and bureaucratic procedures. Further, they do not possess portable documents. The process of registration could involve a considerable time, which would mean loss of wages for their absence.

Most importantly, a majority of the BOCW workers lack awareness of the conditions governing the loss of registration, i.e., if they have not contributed for two years, among others. These workers are most likely to be less unionised, and hence, they do not get institutional assistance to comply with these problematic aspects. Also, they may be most likely to be inter-state migrant workers too, which adds to their complexities.

Most state Governments and the Union Territories (UTs) had not even constituted the welfare boards, as stipulated in the laws.

In 2006, the NCCCL filed a public interest litigation (PIL) before the Supreme Court seeking its intervention for ensuring effective implementation of the two laws in them. In this case, the Supreme Court issues multiple directions over the course of time, and in its final judgment in March 2018, directed the Central and the state Governments to frame and notify Rules for the implementation of the Act, set up the Boards and the Advisory Committees, and ensure holding regular meetings for them.

Further, it was observed the Supreme Court that many state governments have not utilised the money collected under the BOCW Cess Act for the purposes envisaged under the law, and observed that the possibility of diverting the funds could not be ruled out. The laxity of the governments was condemned by the apex court.

The Supreme Court passed strictures on both the central and the state governments. I quote some sentences from it here:

“…for their [the BOCW Act and the BOCW Cess Act] effective and meaningful implementation, this Court has issued a series of directions since May 2008. This Court was compelled to do so since even twelve years after the enactment of the BOCW Act, the basic statutory mandates had not been carried out by the State Governments and UTAs.”

“There are more than 4.5 crore building and construction workers in the country and earlier about 2.15 crore had been registered and as of now about 2.8 crores have been registered. How these figures have been arrived at is anybody’s guess. In any event, the registration of building and construction workers is well below the required number and is also a guesstimate”.

The Supreme Court also directed the agencies, as suitable, to strengthen the process of registration of establishments and workers, collection of cess, frame a composite welfare scheme for workers, constitution of bodies mentioned in the statutes, and most importantly, devise a system registration of all workers and issuance of identity cards, among others.

“… it is quite shocking that even the CAG does not have all the figures and whatever figures are available, may not be reliable. If this constitutional body [CAG] does not have the required and accurate information, there is undoubtedly a financial mess in this area and this chaos has been existing since 1996. The only victims of this extremely unfortunate state of affairs and official apathy are construction workers who suffer from multiple vulnerabilities.”

These strictures and harsh criticism of the Supreme Court ought to have disciplined the entire machinery of labour administration in various States and UTs. Sadly, though, it did not have the desired effects.

In April 2015, the Bombay High Court directed the Government of Maharashtra to spend the Cess amount only for the welfare of construction workers and quite significantly asked it to consider maintaining the construction workers’ database and tackling issues concerning migrant workers.

Figure: Percentage of Collected Cess Amount Spent for Selected states (as on June 24, 2019) 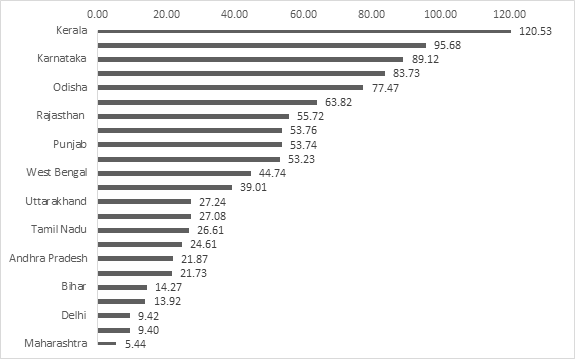 During the COVID-19 pandemic, the Ministry of Labour & Employment stated that around 3.5 crore construction workers were registered with the State Boards and about INR 52,000 crores of welfare fund was available with the boards under the BOCW Act.  It asked the states to transfer the funds to the construction workers to mitigate the crisis caused by the pandemic.

Below is a table with the details of the BOCWs estimated, registered and for providing direct benefit transfer (DBT).

Some of the ratios given in the table above raise doubts about the governments’ reliability of data.  For example, the proportion of estimated workers registered under the BOCW Act shows a remarkably consistent figure of 69.55 per cent in many states.

Secondly, in the case of Jharkhand (103.20%), Karnataka (141.36%), Mizoram (102.63%), Telangana (364.48%), the proportion of workers whose registration was “live” exceeded those earlier registered. These extraordinary figures would pose problems for the administrative agencies in providing the Direct Benefit Transfer (DBT). Are these fantastic figures printing errors or careless mistakes? For Lakshadweep, I have given a different figure in the table given below, accounting for possible typo errors, but my assessment is that something is amiss in the case of others, as well.

It is hard to believe that Kerala, which spent more than the funds available (see Figure above) provided relief only to about 16% of the workers with live registration. Is it because it did not have adequate funds at its disposal? Shockingly, progressive states like Maharashtra and Tamil Nadu fared poorly.

At the national level, of the estimated 49.99 million workers in the building and construction sector, only 34.78 million (70%) were registered, only about 75% of the registered workers renewed their registrations, about 70% of registered workers and only 36% of the total workers were targeted for relief during COVID-19 through the DBT.

At any rate, the data generated by the States and UTs seems to be suspect, at best.