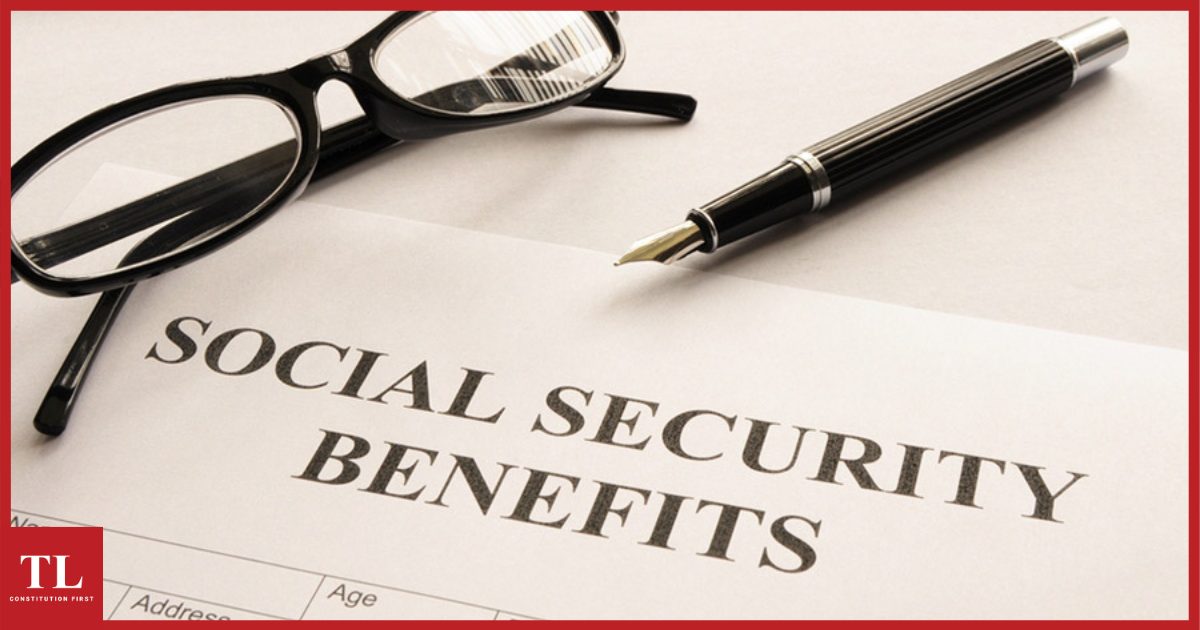 Who must an effective social security programme in India target?

Advocating for the need for urgent social security reforms in India, NANTOO BANERJEE explains why an effective program must focus on individual bank depositors, gig economy workers, and senior citizens.

AS India gets close to the landmark of completing 75 years of nationhood and independence from British rule, it is unfortunate that a very large portion of the population is still struggling to preserve their lives and livelihoods in the absence of a meaningful public social security programme. Democratic elections to form governments in states and at the centre are held every few months somewhere in the country, but few political parties — national or regional — highlight or publicly debate the need to provide social security to citizens, especially at a time when secure jobs have become scarce.

In India, Indonesia, Pakistan, Bangladesh and Nigeria — which account together for about a third of the world’s population — coverage of social insurance is in single digit, with virtually no change detected over the past decades. The 2019 World Development Report examined the ways to protect people and workers better in the new economy and recommended that most people would be better off with a social protection system that does not depend on their work situation.

As per a study by the NGO HelpAge India, the Union Government spends only around 0.04 percent of its GDP on the Indira Gandhi National Old Age Pension scheme, ostensibly to ensure income security for the elderly. “The central government entitlement of Rs 200 and Rs 500 per month per person for those between 60 and 79 years and for those above 80 years respectively, declared in 2007, has reduced in purchasing power value to a meagre Rs. 93,” a report by the NGO said in 2018.

Even this assistance is not universal for all citizens in the age groups. Of India’s then-29 states, 14 states provided a monthly pension of Rs 500 per person or less to the elderly, listed the State of Pensions in India Report, 2018.

As per the report, Mizoram and Madhya Pradesh gave the lowest pensions of Rs 250 and Rs 300 per month per person respectively. The other 12 states included Assam, Bihar, Manipur, Gujarat, Chhattisgarh, Madhya Pradesh, Rajasthan, Uttar Pradesh, among others. The highest monthly pension of Rs 2,000 per person was given by Delhi, Goa, Kerala and Andaman & Nicobar Islands.

As per a study by the NGO HelpAge India, the Union Government spends only around 0.04 percent of its GDP on the Indira Gandhi National Old Age Pension scheme. Of India’s then-29 states, 14 states provided a monthly pension of Rs 500 per person or less to the elderly.

According to Mathew Cherian, chief executive, HelpAge India, of the 80 million elderly entitled to a pension of Rs 200 per month, this meagre amount by the central government reaches just 22.3 million people, leaving out 58 million people with no pension or any other form of assistance.

Incidentally, the minimum pension for industrial workers above the age of 60 years is still Rs.1,000 per month. In 2019, the Union Government had been mulling over raising the amount to Rs.2,000, although no concrete action has been taken in that direction.

Can a citizen survive on such a paltry pension? In contrast, government servants get DA-linked family pensions up to Rs 1,25,000 per month.

The plight of informal sector workers in the gig economy

It is widely known that over 90 percent of Indian workers are part of the informal sector economy. The share of contract labour in organised manufacturing reached 27.9 percent in 2015-16, up from 15.5 percent in 2000-01. Currently, the share may have surpassed the 40 percent mark.

With the digital age fast expanding in the country, an estimated 56 percent of new employment in India is being generated by the gig companies across both the blue and white-collar workforce. It is estimated that India’s gig economy is expected to grow to $455 billion by 2024, at a compounded annual growth rate of 17 percent — with the potential to grow at least double the pre-estimate for the post-COVID-19 pandemic period.

The gig economy is a free market system in which temporary positions are common and organisations contract with independent employees for short-term engagements. Such a system suits entrepreneurs as they save resources on such benefits as provident fund, pension, paid leave, and even office space. Some gig companies may routinely invest in training employees. However, gig-economy workers mostly need to upgrade their skills at their own cost.

In other words, the sector expected to drive employment in India is one that thrives largely as an unregulated employment system providing little job security and perks.

India offers some of the lowest protections to depositors in cases of bank failure among all countries in the world. Depositor insurance covers only Rs 5 lakhs per bank account, which is way below the level of developed countries and even of many countries at a similar stage of development as India’s.

At the current rate of interest on fixed deposits with commercial banks, an amount of Rs. 5 lakhs can hardly fetch a monthly interest of Rs. 2,500.

In the absence of a universal social security system in India, the government must protect the most vulnerable sections of the society, including the old and the handicapped. A full protection of individual bank deposits for senior citizens and total exemption of income-tax on interest on bank deposits for those above 70 is a must.

The sector expected to drive employment in India is one that thrives largely as an unregulated employment system providing little job security and perks.

If necessary, the government may tap the rich to support a universal social security programme. After all, India ranks high on the new annual dollar billionaires’ list. According to the Hurun Global Rich List 2021, in 2020, India added 55 new billionaires, or one billionaire every week, despite the pandemic.

It’s time that the government shows the will to start a reasonable universal social security programme to protect its citizens with special attention to the seniors. This will be in consonance with the socialist spirit enshrined in the Preamble and the Directive Principles of State Policy of the Constitution of India.

A means-tested guaranteed minimum income ending with a universal basic income is needed. India must define a core basket of social security benefits relying on a mix of its current programs.