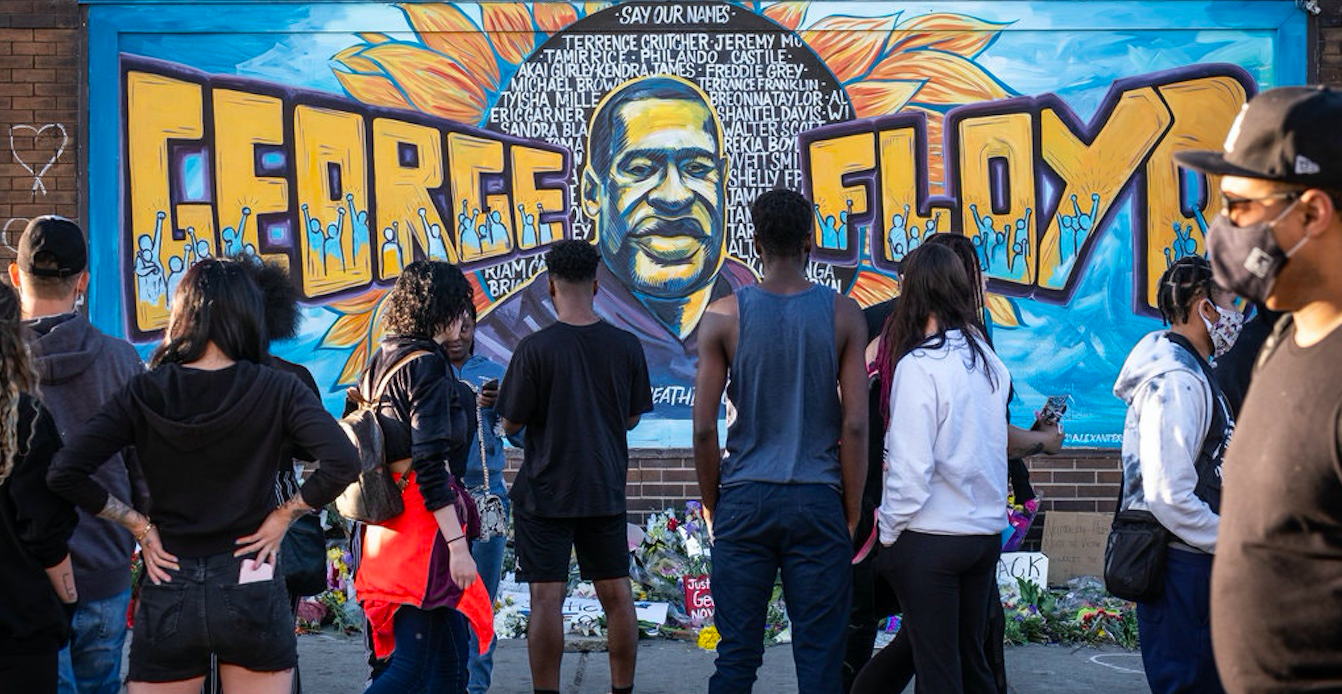 What ‘time’ is the right ‘time’ for the George Floyd protests?

THE George Floyd protests probably don’t need any more weighing in. Death is quite personal, personal to one’s family and friends often mourned in solitude. However, this death is anything but personal or perhaps personal to the entire community of coloured folks. It is difficult to imagine what the family must be going through in mourning a bereavement that is displayed across national and international media.

Every time an incident such as this occurs, whether across the mighty oceans or closer to home in India, the most important question that pops up is, “When is a good time to protest”. Is it not better to maintain peace and order? Is it not better to ‘talk’ and not ‘take’ to the streets?

The book of Ecclesiastes in the Bible, Chapter 3 proclaims that there is a time for everything, and a season for every activity under the heavens:

a time to be born and a time to die,

a time to plant and a time to uproot,

a time to kill and a time to heal,

a time to tear down and a time to build,

a time to weep and a time to laugh,

a time to mourn and a time to dance,

a time to scatter stones and a time to gather them,

a time to embrace and a time to refrain from embracing,

a time to search and a time to give up,

a time to keep and a time to throw away,

a time to tear and a time to mend,

a time to be silent and a time to speak,

a time to love and a time to hate,

While I feel completely inadequate in answering the question of timing, I take a few cues from an old letter written by an old prophet, Dr Martin Luther King Jr. When African-American community was given the ‘manna’ of Brown v Board of Education decision desegregating public schools by the Supreme Court of the United States, the decision acted like a catalyst for other civil rights issues culminating into the Birmingham demonstrations in 1963 and the subsequent arrest of its leadership including Dr. King.

Dr King was accused of fomenting ‘disorder’ and ‘chaos’ in the city by the white clergy. They claimed that though they were sensitive towards the cause but “the protests were unwise and untimely”. There are better ways and means to put across your point, they said. The “liberal” sweetheart President Kennedy also turned out to be a fence sitter; so much so that he avoided being seen with the civil rights lobby members in faraway Washington. Though the leadership of the protests was generally averse to the idea of answering all criticisms for running the risk of being misrepresented, Dr King thought that time was opportune for engaging with the same southern clergies who had issued the statement against him and the protests. He chose letters as his medium, thus writing one of the most brilliant documents of world history, “The Letter from Birmingham Jail”.

Of Justice and Jesus

Why protest, when do you decide that you should protest? Dr King sets the prerequisite for protest which is injustice. He wrote, “I am in Birmingham because injustice is here. Just as the prophets of the eighth century B.C. left their villages and carried their “thus saith the Lord” far beyond the boundaries of their hometowns, and just as the Apostle Paul left his village of Tarsus and carried the gospel of Jesus Christ to the far corners of the Greco Roman world, so am I compelled to carry the gospel of freedom beyond my own home town. Like Paul, I must constantly respond to the Macedonian call for aid. Moreover, I am cognizant of the interrelatedness of all communities and states. I cannot sit idly by in Atlanta and not be concerned about what happens in Birmingham. Injustice anywhere is a threat to justice everywhere.”

Of power structures and prophets

It is quite simplistic to look at the struggle of a ‘people’ and their civil disobedience as a ‘law and order’ question simpliciter. Laws are not insulated from the vices of men, as it is only made by mortal beings. More often than not, social laws create power structures as a moat to guard the mighty fortress of status quo.

Dr King wrote, “You deplore the demonstrations taking place in Birmingham. But your statement, I am sorry to say, fails to express a similar concern for the conditions that brought about the demonstrations. I am sure that none of you would want to rest content with the superficial kind of social analysis that deals merely with effects and does not grapple with underlying causes. It is unfortunate that demonstrations are taking place in Birmingham, but it is even more unfortunate that the city’s white power structure left the Negro community with no alternative.”

It is often easy for a community who speaks from a place of privilege to grasp why direct action should be preferred over the status quo; even when they are speaking from their bona fides. Order and peace is desirable and it was desirable for Dr King too, but what if ‘order and peace’ become excuses and not the end that a community is striving to achieve? Is there a chance it happens often?

Dr King answers, “You may well ask: “Why direct action? Why sit ins, marches and so forth? Isn’t negotiation a better path?” You are quite right in calling for negotiation. Indeed, this is the very purpose of direct action………….. Just as Socrates felt that it was necessary to create a tension in the mind so that individuals could rise from the bondage of myths and half truths to the unfettered realm of creative analysis and objective appraisal, so must we see the need for nonviolent gadflies to create the kind of tension in society that will help men rise from the dark depths of prejudice and racism to the majestic heights of understanding and brotherhood. The purpose of our direct action program is to create a situation so crisis packed that it will inevitably open the door to negotiation. I therefore concur with you in your call for negotiation. Too long has our beloved Southland been bogged down in a tragic effort to live in monologue rather than dialogue.”

The call to peace are empty talks that are as oppressive as the baton and the stick. The oppressor will not always come after you aiming a gun at you. He will also come with white flags and a call for peace. He will come with a proposal to back down with a tone of reconciliation.  We should always remember that status quo is a win-win for him because he gets to keep his place and his palace, i.e. his power structures, while challenging it is the concern left to the victim. They will say wait! Let’s talk and almost always it will mean ‘never’!

Dr King helps us with his thoughts on the same, “We know through painful experience that freedom is never voluntarily given by the oppressor; it must be demanded by the oppressed. Frankly, I have yet to engage in a direct action campaign that was “well timed” in the view of those who have not suffered unduly from the disease of segregation. For years now I have heard the word “Wait!” It rings in the ear of every Negro with piercing familiarity. This “Wait” has almost always meant “Never.” We must come to see, with one of our distinguished jurists, that “justice too long delayed is justice denied. We have waited for more than 340 years for our constitutional and God given rights. The nations of Asia and Africa are moving with jetlike speed toward gaining political independence, but we still creep at horse and buggy pace toward gaining a cup of coffee at a lunch counter. Perhaps it is easy for those who have never felt the stinging darts of segregation to say, “Wait.”

What is the right time then?

In his famous song ‘Blowin in the wind’, Bob Dylan poses a lyrical question, “How many roads must a man walk down, before you call him a man? Yes, ‘n’ how many years can some people exist before they’re allowed to be free?

Though Dylan concludes that the answer is inconclusive, in my view, Dr King has answered that in his letter with the perfection of a woodpecker, he said, “We will have to repent in this generation not merely for the hateful words and actions of the bad people but for the appalling silence of the good people. Human progress never rolls in on wheels of inevitability; it comes through the tireless efforts of men willing to be co-workers with God, and without this hard work, time itself becomes an ally of the forces of social stagnation. We must use time creatively, in the knowledge that the time is always ripe to do right.”

Time is always right to do the right thing, I suppose. We owe to them, to Dr King, to Bob Dylan and most importantly to George, George Floyd.

[Pratik Patnaik is a lawyer based in New Delhi and a constitutionalist.  He can be reached at @chiefdissenter]