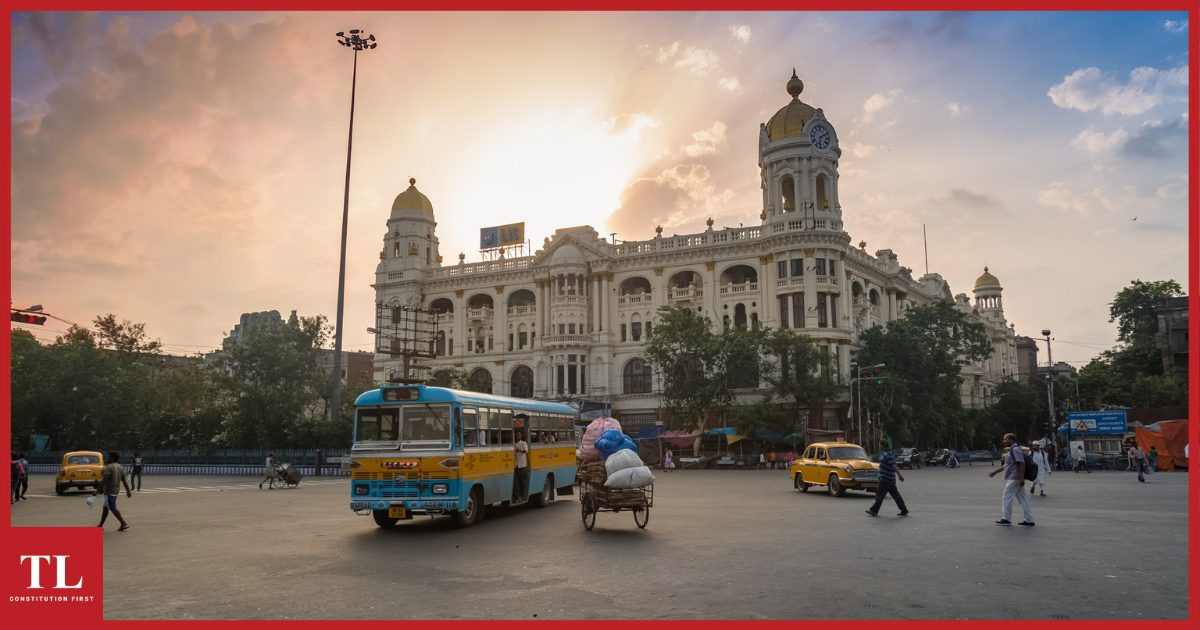 Whatever be the outcome of the ongoing Assembly election, Bengal has a rich tradition of togetherness and assimilation based on shared language and food habits. All over the state, one can see unity in diversity. The people in the state should strive to preserve them, write PRERNA DHOOP AND VANDANA DHOOP.

WEST Bengal has braced itself for the State Assembly Elections 2021. It is witnessing “Khela Hobe”, a Bengali expression for “Game On”, denoting a tough fight between the decade-old power-wielder Trinamool Congress and the mammoth national level challenger, the Bharatiya Janata Party. Undeniably, the stakes are very high for the competing political parties but even higher for the people of Bengal who are inextricably connected by a distinct sense of unity which is not externally imposed but lies deep within their being and culture.

Bengalis cherish their cultural heritage and notions of shared intellectual and moral traits. They call it Bengali pride. Markers such as class, caste, creed, and community do not change the fundamental character of Bengali life. Rather, differences are acknowledged, even encouraged.

Non-Bengalis who settle in Bengal became distinctively Bengali in the course of a few generations or even in their lifetime.

One cannot forget Major General Charles Stuart, an officer of the East India Company, popularly known as “Hindoo Stuart” who made Bengal his home, dhuti Panjabi his attire, and Bangla his language. He converted to Hinduism and greeted everyone with a loud “Jay Sittaramjee”. To this day, Stuart’s link with Bengal remains intact as he lies buried in a tomb shaped like a Hindu temple inside Kolkata’s South Park Street Cemetery.

Through his letter collection, ‘The Ladies’ Monitor’, Stuart persuaded European women to cast off their uncomfortable and oppressive corsets and wear the sari, which according to him was the most alluring and liberating dress in the world. As is often said, “What Bengal thinks today India thinks tomorrow”. It was one empowered Bengali woman, Jnanadanandini Tagore, the elder sister-in-law of Thakur Rabindranath Tagore who introduced to India and the world the modern-day drape of the sari and its accompanying blouse to replace the bra-less, blouse-less and loosely-draped version.

Clad in a plain white sari with blue trim—akin to those worn by the sweepers of the Calcutta Municipal Corporation in its earlier days—Mother Teresa transcended boundaries of class and religion to bring the people of Bengal to love each other and together serve their destitute and dying brethren. She always cherished Calcutta’s spirit of sharing, a warmth she had never encountered anywhere in the world. She recounted that the city’s poor not only shared their poverty but more importantly, they knew of their neighbours’ needs.

The message inscribed on Mother Teresa’s tombstone rings loud and clear in Bengali’s ears: ‘Love one another as I have loved you.’

Even Goddess Durga’s idol is incomplete if the soil from a sex worker’s home “nishiddho palli” (forbidden territory) does not go in her making. In a rare but exemplary instance, Dr. Manabi Bandhopadhyay became India’s first transgender principal of Krishnanagar Women’s College, chosen to hold a position of power and lead an educational institution. The people of Bengal discard none, they cherish and nurture what they have inherited for generations such that, the old and modern happily coexist in Bengal.

When political pressure was exerted to do away with Kolkata’s original man-pulled rickshaws as these “herd of human horses” were incompatible with all sights modern, the move did not fructify because this mode of transport sustains the livelihood of thousands of poor migrants from neighbouring Bihar. It is used in Kolkata’s narrow streets by all classes of the city’s residents, particularly the elderly, and it provides an eco-friendly i.e., zero-emission transport option.

Another woman in a coarse white-blue sari and havai chotis, whose name Mamata rhymes with kshamata, Sanskrit for power or strength, converted her nothingness into a powerful instrument for social action. Through more than a dozen fasts unto death and long-drawn agitations, she ended the 34-year Communist-led Left Front rule in West Bengal and promised poriborton (change).

On the face of it, one can spot the change—railings, bridges, even safety barriers on highways; buses and bus stops; hospitals and government offices—all sport combinations of white and blue. But the soul and sensibility of Bengal, her people, and their culture remain intact. Just like the central characters Goopy and Bagha in Oscar-winning filmmaker Satyajit Ray’s film, “Goopy Gyne, Bagha Byne”, the three most fundamental aspects of life that all Bengalis cherish are unlimited music, food, and travel.

The sound of a conch shell (shankha) and fragrance of frankincense (dhunu), accompanied with the melodious rendition of Rabindra sangeet, Nazrul Geeti, and even the Shyama Sangeet mark most evenings in Bengali households. A distinctive part of Bengal’s music culture is the Baul sect of Vaishnava Hindu and Sufi Muslim singers who find god and divinity in their music and folk songs and not in temples, scriptures, images, or symbols.

Variety in cuisines is thoroughly enjoyed in Bengal such that love for Chinese-Tibetan street food at Tirreti, Tangra, and Kalimpong unites her people. Unhesitatingly, restaurants serve steaks and bacon and butcher shops sell “bada maas” [red meat] and pork to cater to the diverse food preferences and eating habits of the Bengali people.

Bengalis cannot imagine their Biryani without the succulent golden-fried aloo [potato], such that they can get into fisticuffs over the much-coveted tuber.

Exemplary is the sight of Hindus standing in queues every Christmas to buy cakes from Jewish confectioners (like Nahoum’s), where it is baked by Muslim bakers. Last but not the least, Bengalis hands down share an immense love for the rasogolla, so much so that a special reminder is put up for travellers at Kolkata’s airport: “Liquids above 100 ml including Rasogolla are not allowed”.

And who can forget the quintessential Bengali Chatterjee couple who had a proclivity for travelling around the world to attend the Fifa Football World Cup by living a frugal life and saving every penny to live their passion?

The only rivalry that is deeply etched in the Bengali psyche is of the sporting kind, which exists between Indias’s two historic football clubs, East Bengal and Mohun Bagan. Although communication, customs, and culinary differences between “Bangals” and “Ghotis” have narrowed, the sharp division between the supporters of these football clubs has not.

Bengalis value comradeship and sportsmanship above membership of any community, caste, and class. Once upon a time, marriage alliances and even couples broke up based on individual love and loyalty towards East Bengal or Mohun Bagan. The much-celebrated football player Monoranjan Bhattacharya had observed that although his parents had given gave him birth it was East Bengal Football Club that had given him an identity. Where the game of football divided the Bengalis, cricket brought them together and Team India’s Captain Sourav Ganguly or “Dada” made every Bengali’s heart swell with pride.

For Bengalis, material poverty is freedom but intellectual poverty is death. The most befitting example of this would be the internationally renowned author Nirad C. Chaudhuri, a self-proclaimed poor man who typed his critically acclaimed book, “The Autobiography of an Unknown Indian”, on a loaned typewriter. Khushwant Singh in his book, “Not A Nice Man to Know”, described Chaudhuri’s intellectual genius in the following words:

“He [could] talk on any subject under the sun. There [was] not a bird, tree, butterfly or insect whose name he [did] not know in Latin, Hindi, Sanskrit and Bengali […] He [was] as Bengali as his Bengali accent and he was more Indian than most Indians of his class because he knew more about his country, its history, literature, flora and fauna than almost any of his compatriots.”

Bengal’s geography is as diverse as her demography with an admixture of Gangetic plains and Darjeeling hills with the Bay of Bengal and Sunderbans delta. Bangla as a language is so unique that even a goodbye is termed in optimistic and hopeful terms as “I will be back soon—aami aashchhii!”

Exemplifying resilience and a deep sense of humanism Selina Begum, a Muslim woman ambulance driver from Uttar Dinajpur, relentlessly ferried COVID-19 patients three to five times a day during the peak of the pandemic last year.

With the prevailing degree of diversity, Bengal does not seem like one state, and Bengalis do not seem like one people. However, this very diversity has inculcated in Bengal and her people a quality of resilience which automatically presents assurance of the survival of Bengal’s diversity.

Let the best party win in the State Assembly Election 2021 but in the Khela Hobe, let Bengal, its people, and its culture not lose their eternal soul and sensibility of unity in diversity.

(Prerna Dhoop is an Assistant Professor at National Law School of India University (NLSIU), Bangalore. Vandana Dhoop is an independent research consultant based in Kolkata. The views expressed are personal.)