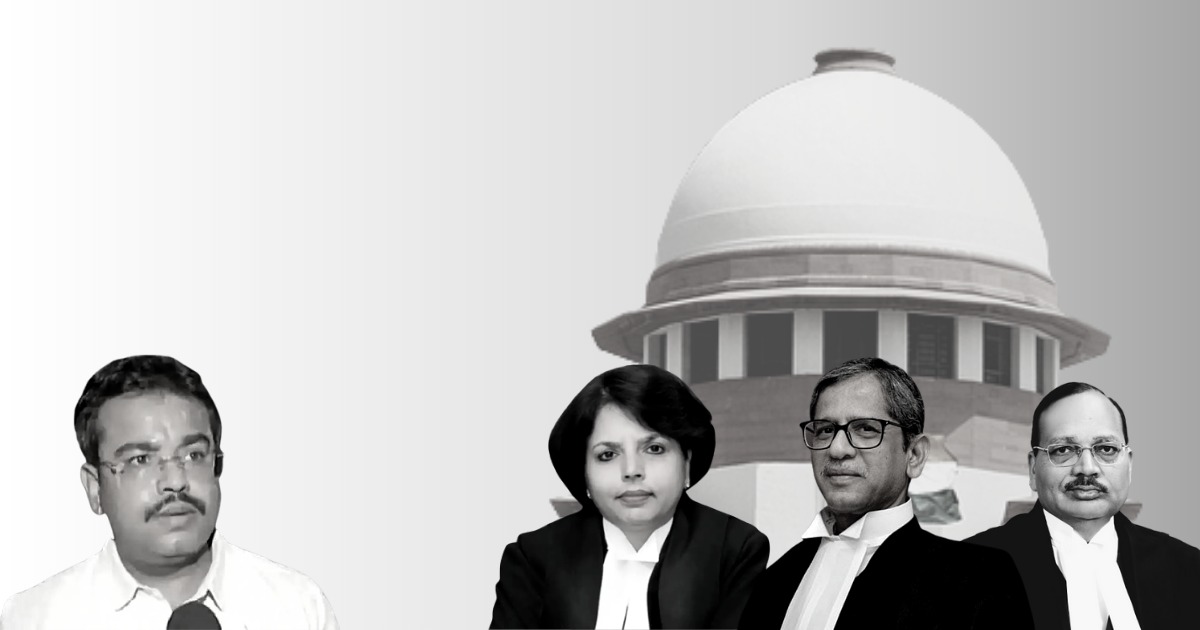 “What is the message you’re sending”: SC asks UP govt for failing to arrest Lakhimpur Kheri murder accused

The Leaflet·October 8, 2021
Home
Due Process
Rule of Law

THE Supreme Court Friday questioned the Uttar Pradesh government for not arresting the accused involved in the killing of eight persons during the violence that broke out in Lakhimpur Kheri earlier this week.

“What is the message that you are sending. Even in normal circumstances will the police not go immediately and apprehend the accused”, the top court asked the UP government.

“We expect a responsible government, system, and police,” it added.

A three-judge bench of Chief Justice of India N.V. Ramana and Justices Surya Kant and Hima Kohli directed the state Director General of Police (DGP) to protect the evidence from any kind of tampering. The matter will now be listed on October 20.

Referring to the non-arrest of Ashish Mishra, the son of Minister of State (MoS) in the Union Home Ministry Ajay Mishra, CJI Ramana asked Harish Salve, who was appearing for the UP government, “Do you treat everyone in the same manner? Issue notice and wait for them to appear”, pointing out that this was a case of murder yet the accused had not been arrested; instead a summon had been issued.

A murder case had been registered against Mishra’s son, who was allegedly in the car that mowed down four farmers and a journalist at Lakhimpur Kheri on Sunday.

Salve said that the police had given time till 11 a.m. tomorrow to Ashish Mishra, the son of MoS (Home) Ajay Mishra to show up. “If he does not, the government will initiate coercive action,” he said, assuring the apex court that all shortfalls would be filled by tomorrow.

“The proof of the pudding is in eating,” Justice Kohli said in response. Salve admitted the state’s actions had not been satisfactory and said remedial action would be taken soon.

The court also questioned the composition of the Special Investigation Team as it comprises local police officers. Take steps to inspire confidence of the people, said the Court.

The CJI also said, “even if the case is transferred to the CBI, we don’t think it’s the right agency to investigate the case for the reasons best known to you (Salve)”.

The Court also expressed displeasure at media channel Times Now‘s tweet claiming that the CJI met the family members of the deceased victims. “One should have common sense. How can I go and visit Lucknow when I was in court?,” the CJI asked. He made the remark after a lawyer brought the tweet to the notice of the Court.

Times Now had deleted the tweet and expressed regret yesterday itself.

The protesting farmers claimed the violence broke out after a car in the minister’s convoy ran over protesters. Multiple videos of a car registered under the name of MoS Mishra speeding through a crowd of protestors from behind them and crushing some of them have gone viral over social media over the last few days. Visuals from the area showed arson and vehicles being set on fire. Eight people, including four farmers and a journalist, were killed in the incident, NDTV reported.

Opposition party leaders had been barred by the UP Police from visiting the area till Wednesday evening when the cremation of all those who died was completed. Indian National Congress leader Priyanka Gandhi, who wanted to visit the families of the victims, was denied entry to Lakhimpur Kheri, and was instead detained under Section 151 of the Criminal Procedure Code (CrPC) from Monday till Wednesday.

The UP government has announced that Rs 45 lakh will be given to each of the families of those who died, along with a government job to a member of each family. Those injured will be given Rs 10 lakh.

Mobile internet services had been suspended in parts of the violence-hit district, where restrictions under Section 144 of the CrPC, which prohibits the assembly of four or more people, has also been imposed, according to officials, reported NDTV.