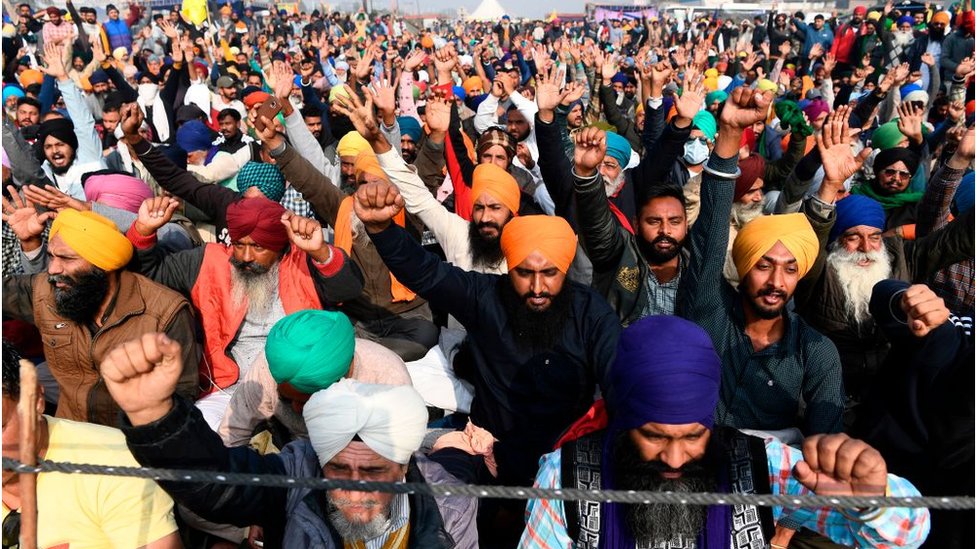 What Does the MS Swaminathan Report Say About Reforms Proposed by Farm Laws?

India has been witnessing another protest of a lifetime against three controversial agriculture acts that have been passed by the central govt in Sept 2020.

At the outset, the farmers’ unions have two major demands: Firstly, that all three farm laws must be altogether scrapped and secondly, that the MS Swaminathan Commission Report be implemented in both letter and spirit.

The MS Swaminathan Commission, constituted in 2004, had submitted five reports, with recommendations on alleviating distress of farmers and provided a framework for a sustainable and profitable agricultural system.

At the outset, the farmers’ unions have two major demands: Firstly, that all three farm laws must be altogether scrapped and secondly, that the MS Swaminathan Commission Report be implemented in both letter and spirit.

Here are some of the important recommendations and endeavours as far as the three legislations are concerned:

What is ‘One Nation- One Market’?

The Swaminathan Commission had recognised the problem of cartelisation among traders in a particular Agricultural Produce & Livestock Market Committee (APMC)  and thus recommended the establishment of One Nation-One Market. The report vouched for “development of domestic and international markets for local produce, and move towards a Single Indian Market.”

To achieve the same, it suggested simplification in the movement of goods by abolishing road tax and local taxes and introduced a National Permit for plying commercial vehicles anywhere in India. These measures, as suggested by the commission, would help in enlarging small regional markets into a large national market, reduce transportation cost and improve the competitiveness of our agriculture.

Although the objective of One Market was conceived both by the Commission as well as by legislation, the latter diverts from the means suggested by the former to achieve the end.

Establishing a somewhat different ‘One Nation-One Agriculture Market’ from the one envisaged by the Swaminathan Commission, the Farmers’ Produce Trade and Commerce (Promotion and Facilitation) Act, 2020 creates space for barrier and tax-free inter-state and intra-state autonomous agricultural trade.

State governments are forbidden from levying any market tax, cess or levy outside APMC zones. Thus, farmers would be able to enter into direct contact with the consumers or food processing companies without going through any middlemen or licenced traders. All traders in every place of production and collection of farmer’s produce (except APMCs), will have access and foster competitiveness and thereby ensuring better prices to the farmers.

Although the objective of One Market was conceived both by the Commission as well as by legislation, the latter diverts from the means suggested by the former to achieve the end.

The Act does not actually abolish the current APMC regulations but restricts the enforcement of APMCs to the physical boundaries of the markets.

The act may, according to the government, result in higher competitiveness, which may also make APMCs more productive in delivering cost-effective marketing services.

This too was recommended by the Swaminathan Commission. Furthermore, it is expected by the government that the prevalent prices in the APMC markets will act as a baseline price for farmers selling their goods outside the APMC markets, allowing farmers to find better prices.

Why has contract farming been introduced?

The Act does not actually abolish the current APMC regulations but restricts the enforcement of APMCs to the physical boundaries of the markets.

The Swaminathan report too vouched for the facilitation of direct farmer-consumer link and suggested value addition and marketing, for leveraging institutional support.

What are the farmers’ concerns regarding the single market and contract farming?

The farmers’ unions and organizations have concerns about two main issues.

First, since the Minimum Support Price (MSP) is not specified in any of the three acts, they fear that they might lose the secured option of selling to the APMC mandis and that this will result in corporate exploitation.

Second, in the absence of any legislation, they fear total corporatisation of agriculture, as agribusiness firms might well be able to dictate both the market trend and price levels and the terms of contract farming as local and poor farmers do not have the same bargaining leverage.

However, the legislations do not mention any such special protections as were recommended by the Swaminathan commission.

And this is where another recommendation of the Swaminathan report becomes significant. While espousing for contract farming, the committee also highlighted the importance of developing a comprehensive model agreement which cannot be used against the farmers. While referring to contract farming, it observed–

“The need is to develop a comprehensive, clean, equitable and farmer-centric model agreement, which cannot be abused against the farmers. Special care needs to be taken regarding clauses dealing with quality standards, withdrawal conditions, pricing standards, paying arrangements, natural calamities, and arbitration mechanisms.” [Pg 28]

However, the legislations do not mention any such special protections as were recommended by the Swaminathan commission. Though Article 3 clause 4 of The Farmers (Empowerment and Protection) Agreement on Price Assurance and Farm Services Act, 2020 does prescribe the central govt to issue necessary guidelines and model farming agreement, it does not mandate it. Plus, there are no standards or requirements that have been laid down to ensure that the rules made are not arbitrary in nature and do not work against the welfare of the farmers.

Most crucially, no institutional support mechanisms have been established to protect small farmers.

In case of any discrepancies, there is no institutional leverage or support provided to the farmers, other than the dispute resolution mechanism, as against the big corporates who already possess extra thin leverage on their side thus leaving the farmers exposed to their exploitation.

The Swaminathan report at many places’ notes that enforcement of MSP throughout the country is essential for imparting dynamism to agriculture. It recommends this safety net to safeguard the interests of the crops, people and regions which are likely to be affected in the process of globalization.

Most crucially, no institutional support mechanisms have been established to protect small farmers.

While the new laws do not explicitly state that MSP will be discontinued or that the mandis of the Agricultural Produce Market Committee where most of the commodity is sold under the MSP regime will be abolished, this seems to be the underlying intent.

There has been a constant fear among the protesting farmers that the government, through the farm laws, would do away with MSP for crops.

According to the new laws, if a farmer sells their produce outside a mandi he is exempted from the mandi tax and is thus encouraged to sell outside. As more and more farmers sell outside, mandis will not earn regular revenue and will die out.

If corporations push out the mandi market, there would be no one left to purchase the farmers’ surplus, except for the corporations and prices would collapse as supply would exceed the demand. This will rob farmers of whatever bargaining leverage they now have, thus incentivizing companies to drag APMC mandis, their rivals, out of business.

The legislations exercise a ‘colourable approach’ to achieve indirectly what it cannot realize in a direct manner.

Every year, Punjab and Haryana receive a MSP of more than Rs 80,000 crore. Apart from the farmers and their families, the livelihood of the traders, shopkeepers and other beneficiaries are also dependent on this. Therefore, the potential elimination of the protective cover of the MSP is perceived as an act of cruelty here.

The legislations exercise a ‘colourable approach’ to achieve indirectly what it cannot realize in a direct manner.

With no guidelines as to the sale of surplus and the lack of assurance on MSP, the legislations strike at the heart of the commission’s report and thus ran afoul of the report’s recommendations.

The three legislative acts and parallel agri-marketing reforms are potentially beneficial, but still, it has a long way in ensuring that the primary producer gets a fair and reliable price.

A farmer-centric single-nation marketing system is the need of an hour but in any case, income support and MSP, which is a source of reliable and steady income, cannot be downturned. If the farmers are paid more, they can lead a dignified life and will not have to struggle for everyday needs.

It is high time that the MS Swaminathan Report becomes the top priority of the govt and is implemented in both letter and spirit.

(Aman Garg is a law student from the Gujarat National Law University. The views are personal.)