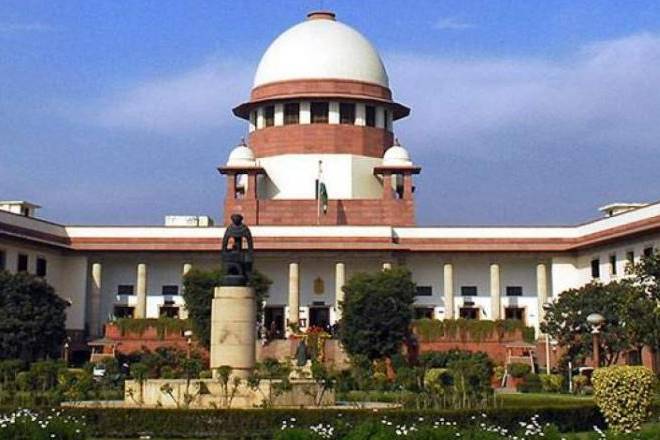 Image courtesy: The Financial Express
AnalysisDemocracy and Rule of LawJudiciary

What does data on pendency of cases in Indian courts tell us?

While pendency of court cases is a long ailing problem faced by Indian judiciary, it is one riddled with differing causes and at differing levels. YASH AGARWAL examines the data submitted by the Ministry of Law and Justice to Parliament and the impact of the COVID-19 pandemic on justice delivery.

The Monsoon session of Parliament was concluded recently. Just like all previous sittings of the Parliament, MPs submitted their questions to different ministries to be answered, albeit only in a written format this time around as the government had scrapped the question hour for this particular session.

The Ministry of Law and Justice, of course, did receive a lot of questions from MPs to which it provided written responses. One of those was on pending court cases in India. Read alongside the data as provided by the National Judicial Data Grid (NJDG), an interesting picture emerges.

Now, we’ve always known that India faces a huge problem as far as access to timely justice is concerned, as cases in our courts seem to hang on inordinately without a resolution. This impacts not just the administration of justice, but it has tremendous consequences for the economy and the functioning of businesses across India as well.

Differing Scenarios in Every State

There is no doubt as to why India ranks in the bottom few countries as far as enforcement of contracts goes as per World Bank data. The idea we are exploring here is what’s the sheer magnitude of case pendency at our courts at present? More importantly, how different are the realities at different levels of administration of justice, state-wise?

Just how many judges do we even have on a per capita basis?

Let’s take a look at some interesting data points as provided by the government during the Parliament session.

If we are to go by the government’s response in Parliament, the idea of using the metric of the number of judges per capita in itself is flawed.

However, there’s a big catch here.

Is the metric in itself incorrect?

If we are to go by the government’s response in Parliament, the idea of using the metric of the number of judges per capita in itself is flawed. Minister Prasad said, “In the case of Imtiyaz Ahmed versus State of Uttar Pradesh and others, the Supreme Court had asked the Law Commission of India to evolve a method for scientific assessment of the number of additional courts required to clear the backlog of cases. In 245th report (2014), the Law Commission observed that filing of cases per capita varies substantially across geographic units as filings are associated with economic and social conditions of the population. As such the Law Commission did not consider the judge population ratio to be a scientific criterion for determining the adequacy of the judge strength in the country.”

Instead, the Law Commission was of the opinion that the “Rate of Disposal” of cases was more sensible in order to calculate the number of additional judges as required to clear the backlog of cases and more importantly to ensure that new backlogs aren’t created either.

In 2014, the Supreme Court had asked the National Court Management System Committee (NCMS Committee) to go through the recommendations as made by the Law Commission in this regard and furnish its recommendations. The committee submitted its report in 2016 suggesting that the total number of required “Judicial Hours” for disposing of all cases will have to be determined first before the requisite judge strength of subordinate courts can be assessed.

The Department of Justice forwarded the interim report of the committee to all the State Governments and High Courts for follow up action, and nothing concrete has yet come of that exercise.

There’s no singular state of pendency across India. When we talk of the state of pending court cases in India, different states have vastly different realities.

The performance of courts across the country vary hugely, both in terms of geography as well as the level of the judiciary. Nearly 87.5% of all pending cases in India come from our lower courts which are the district and subordinate courts. These courts dispose of more than half the new cases filed (56%) within a year, which looks good on paper. However, such a result is mostly achieved by either dismissing cases without trial (21%), transferring them to another court (10%) or simply settling the case outside of the court (19%).

This reply by the minister in Parliament clearly exhibits the trends as far as disposal of cases by the judiciary in India is concerned. The lower courts have a lot of catching up to do, in fact, worryingly, their performance on this front has worsened year on year.

The massive jump in the number of disposals by the Supreme Court between 2017 and 2018 is very impressive and praiseworthy. Although, I’m not sure of all the changes and improvements which the court must have incorporated to accomplish a more than 300% year-on-year improvement. While the Allahabad High Court having the maximum pendency can be understood on the grounds of the sheer population that it serves.

However, it is somewhat concerning that the Punjab and Haryana High Court comes in at Number 2 in terms of overall pendency of cases nationwide. One of the most important high courts in India given its jurisdiction over two states and a Union Territory, the reasons for such a shockingly high case pendency become apparent when one looks at the sheer number of vacancies in the Court.

The Punjab and Haryana High Court ranks third in India in terms of vacancies of judges, having only 56 judges against a sanctioned strength of 85, leading to the piling up of cases.

Impact of the Pandemic?

In the aftermath of the announcement of the lockdown in India from March 25, courts had to suspend their normal functioning as well. Over time, they’ve resumed functioning at a drip pace, albeit at vastly reduced capacity starting initially with virtual hearings for urgent matters. But the pandemic indeed has dealt a blow to India’s courts and their functioning at a time when access to swift justice is all the more critical given the large number of decisions being taken at an unprecedented pace, both executive and legislative.

The Supreme court delivered 355 orders in April of this year, a number which is orders of magnitude smaller than the 10,586 and 12,084 orders delivered in April 2018 and 2019 respectively.

But the pandemic indeed has dealt a blow to India’s courts and their functioning at a time when access to swift justice is all the more critical given the large number of decisions being taken at an unprecedented pace, both executive and legislative.

Justice D Y Chandrachud recently stated that district courts in India disposed of more than 12 lakh cases between March and August. If we compare data from 2019, lower courts in India cleared around 1,234,071 cases every month last year. This year the average is 3,67,962 cases a month, a massive 70% drop. Similar is the story for High Courts as well.

The idea here is that the pandemic has vastly worsened India’s existing challenges with case pendency and timely access to justice in general.

Provision of law and order and justice is the ultimate public good which a state is expected to provide for. If there’s one aspect of state capacity which impacts the delivery of almost every other public good, it is law and order and justice. It has profound repercussions for practically everything that’s done in society by its people and it forms a fundamental part of the social contract between the citizen and a state as well. From the functioning of businesses and enterprises to the protection of fundamental rights, most of them boil down to the state having the capacity to enforce the law and provide for timely access to justice for its citizens via a judicial mechanism of recourse.

India can and must do better on this front.

(Yash Agarwal is a consultant and founder of publicpolicyindia.com. Views expressed are personal.)