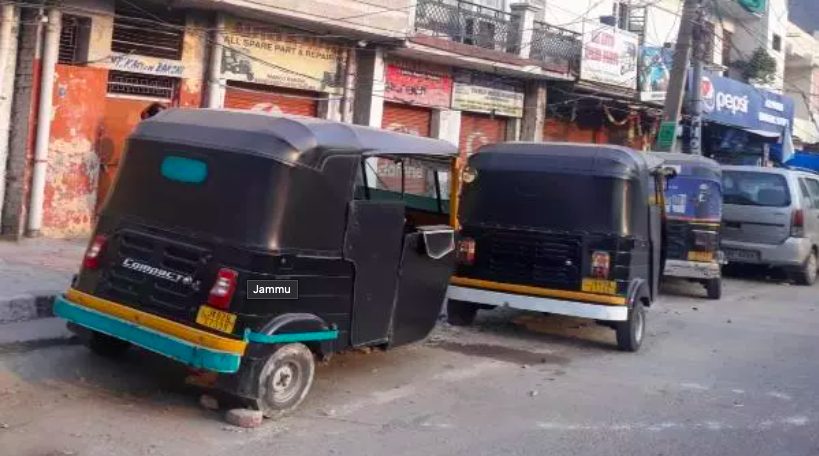 ‘We Might Survive COVID-19, But We Will Die of Poverty’: Working Class Families Face Survival Crisis in J&K

The extension of COVID-19 induced lockdown in Jammu and Kashmir has sparked unprecedented misery for the working class families who lead a hand-to-mouth existence. The lockdown has left auto rickshaw drivers, taxi drivers, shikara (house boat) owners, handicraft workers, daily wage workers, and contractual workers, among others, struggling for their survival. As they remain confined in their houses with little to no savings and no other job in sight, the families are staring at a bleak future.

Bittu Kumar, 50, an auto-driver, has knocked every door in Jammu city’s Durga Nagar locality in search of food and money. An embarrassed Kumar said, he had never thought that he would live to see such a day. “We had nothing to eat at home. I hardly had any savings and that too were exhausted. I had no other option but to knock the doors and seek help. I was ashamed. I was unable to look into eyes of the people,” he said.

President of the All J&K Transport Welfare Association, Vijay Singh, said that there are around 75,000 commercial vehicles across the Union Territory. “The number will give you an idea of how many people are suffering because of the lockdown. Drivers are seeking help from neighbours, relatives but for how long? We might survive COVID-19, but we will die of poverty,” said Singh.

When the lockdown was imposed in Jammu and Kashmir on April 29 – initially for 84 hours and then extended twice – Geelani (name changed), 50, a shikara owner had hailed the administration’s decision. But now, his optimism seems to have waned as he is scrambling for his survival.

“Whatever money I had earned is exhausted. We are surviving on the food we had stored. In a few days, we will be left with nothing. Government decision for lockdown was right given people are dying because of COVID-19 cases but they should also think about poor people like us,” he told NewsClick.

Wali Muhammad, president of the Shikara Union, said that there are 4,781 shikaras which are lying idle due to restrictions. “The owners of these Shikaras are confined in their houses. They are managing somehow. But if the lockdown is extended for long. They will have no option but to beg,” he said.

Muhammad highlighted the Delhi government’s decision to provide Rs 5,000 financial assistance to auto drivers, and said, “The LG administration should do something like this for us.”

At the time of filing this story, the Jammu and Kashmir administration did announce some relief measures for families affected with COVID-19, senior citizens and daily wage workers. As per the announcement, the administration has decided to provide only Rs 1,000 per month to all registered construction workers, ponywalas, palkiwalas, for the next two months. Moreover, the government has directed all concerned officers to ensure the supply of ration to all ration card holders on priority basis along with implementation of welfare schemes including old-age pension, Laadli Beti, Mahatma Gandhi National Rural Employment Guarantee Act (MGNREGA), Pradhan Mantri Awas Yojana (PMAY), etc.

A week ago, Sheikh Ashiq, president of the Kashmir Chamber of Commerce and Industry had appealed to LG Manoj Sinha to provide financial aid to workers across Jammu and Kashmir. After the announcement on May 11, Ashiq termed it as “vague”.

“There should be a proper declaration. There should be clarity. We are talking about people who earn hand-to-mouth. There should be at least a package for them that will help them to stay at home. Government should take a holistic view. Such a vague announcement won’t help,” Ashiq told NewsClick.

On May 1, the joint platform of 10 central trade unions had demanded financial assistance of Rs 7,500 per month for all non-income tax paying families and 10 kg free food grains per month for the next six months. On the other hand, the government’s announcement to provide Rs 1,000 per month financial aid to a certain section of registered workers has received criticism from experts as being highly inadequate.

The situation in Jammu and Kashmir differs from that of the rest of India because it has been under occasional lockdowns since August 5, 2019, following the abrogation of Article 370, which was followed by a the nationwide lockdown in 2020 due to the first wave of COVID-19, and that has affected the livelihood of working class. Amid this, no concrete relief measures by the J&K administration has exacerbated their suffering.

The Rs 1,000 relief measure is a “joke from the LG,” according to Serohi Nandan, a PhD scholar at Delhi University and a resident of Jammu and Kashmir. “Miniscule minority of the workers get registered. In agriculture dependent society like ours, majority of small farmers are workers. They have a single crop land. They work in factories, as load carriers in different cities, run small rehris (pull carts) to fulfil their family’s needs. How will the government decide who is a worker and who is a farmer?”

Nandan also underlined the need to have a concrete policy to cover all the workers, saying, “There is a need of a policy like universal income for everyone and the financial help should at least sustain the basic needs for the people who have lost their livelihood in the last one year due to the pandemic.”