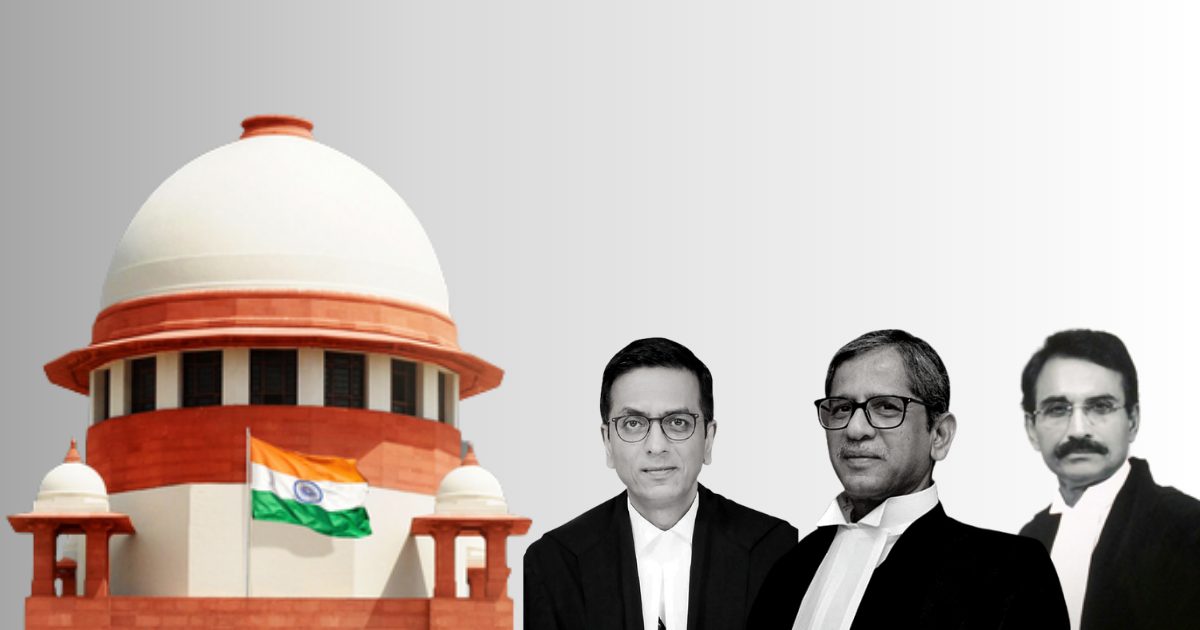 ‘We feel Government has no Respect for This Court,’ SC Slams Centre on Tribunal Vacancies

The Supreme Court has expressed its discontent with the Central government over a large number of vacancies in quasi-judicial tribunals across the country that are facing severe crunch of presiding officers as well as judicial and technical members.

“We feel the government has no respect for this court” and warned “you (the government) are testing our patience”, NDTV quoted Chief Justice N V Ramana as saying.

“You are emasculating the tribunals by not making the appointments,” said the bench, also comprising Justices D Y Chandrachud and L Nageswara Rao, which issued a notice to the government and demanded that appointments be made within a week. Further hearing on this matter will be on September 13.

The matter has been unresolved since 2017, when the Ministry of Finance notified rules regarding qualifications, duration of tenure and composition of the search-cum-selection committees. This was struck down by the SC in 2019. The Central government made several attempts to introduce these rules which were thwarted by the apex court, including the Tribunal Reforms (Rationalisation and Conditions of Service) Ordinance. Despite this, the Tribunal Reforms Bill was passed in Parliament on August 13, 2021.

In fact, the top court on August 16 had termed as “serious” the passage of Bill on tribunals with the provisions, struck down earlier, without any debate in Parliament, a PTI report said.

The Tribunal Act has provisions similar to the ones struck down by the SC judgment by Justice Rao in the Madras Bar Association. These provisions were — a person below the age of 50 years is ineligible for appointment as chairperson or member, selection committee to recommend three names to the panel, four-year term of members, and salary and terms of appointment the same as bureaucrats.

The Act was challenged by Rajya Sabha MP and Congress leader Jairam Ramesh who deemed this Act as “unconstitutional” as it was an attempt to “override” the apex court’s judgement.