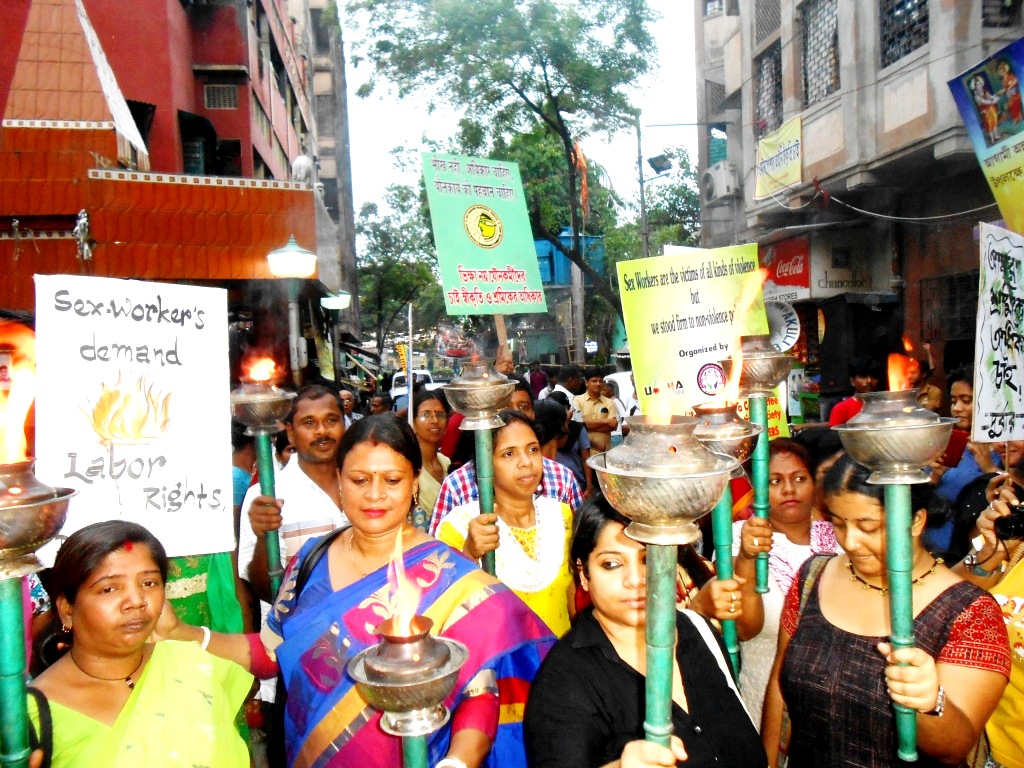 We don’t need the Trafficking of Persons (Prevention, Protection and Rehabilitation) Bill, 2018

On 28 February 2018, the Union Cabinet approved the Trafficking of Persons (Prevention, Protection and Rehabilitation) Bill, 2018, (commonly known as the ‘Anti-Trafficking Bill’). Introduced in May 2016 by the Minister for Women and Child Development (MWCD), the Anti-Trafficking Bill has been through several draft versions, some of which have been made public and some kept opaque. The present critique is based on the draft, which was selectively released to the media just before the surreptitious Cabinet approval.

Neither clear, nor comprehensive

For over a decade now, the narrative around anti-trafficking law has been that there is a need for a comprehensive legislation to address all aspects of trafficking in persons.

Importantly, in disposing off a petition on the subject of trafficking, i.e. Prajwala v Union of India W.P(C) No. 56 of 2004, the Supreme Court, in its order dated December 9, 2015, recorded the MWCD’s submission that it had set up a committee to study existing laws, identify gaps and draft a comprehensive legislative framework covering all aspects of trafficking.

This was what was expected from the government.

Presently, activities that constitute “trafficking of persons” are addressed by a range of laws, which includes:

The existing response is patchy and scattered across different laws, which approach trafficking from varied, and sometimes, inconsistent objectives. For example, while the ITPA focuses on removing and evicting sex workers from their occupation, the Bonded Labour Act protects the worker who was held in bondage from being evicted from the place where s/he was working. A “comprehensive law” was expected to harmonize different approaches and integrate existing laws into one. The Anti-Trafficking Bill does not do that. All it does is add yet another legislation to the already fragmented landscape of laws on human trafficking, further complicating the legal framework and its enforcement.

No research or rationale behind the Bill

In the past, proposals to reform anti-trafficking laws have been informed by research and assessment of gaps in the response to trafficking. In 2002-2003, the National Human Rights Commission (NHRC) conducted a countrywide study of the problem and produced two voluminous reports on “Trafficking in Women and Children in India”. Findings of the NHRC report prompted the MWCD to move the Immoral Traffic (Prevention) (Amendment) Bill, 2006. Similarly, the Criminal Law Amendment Act, 2013 which led to the enactment of Sections 370 and 370A of the IPC against trafficking and exploitation of a trafficked person respectively, were based on the recommendations of the Justice Verma Committee Report, 2013, in relation to laws on sexual offences.

The Anti-Trafficking Bill has not been preceded by any substantial research or analysis. Given that the NHRC study is over 15yrs old and in between, new provisions have been enacted in the IPC against human trafficking, the MWCD ought to have commissioned a review before embarking on this legislative exercise. The government has not been to explain why it has chosen an additional law, when the need was for a comprehensive law on trafficking of persons.

Much of what is proposed already exists

The last legislation against trafficking, i.e. Sections 370 and 370A, IPC contains an all-embracing definition of trafficking in persons, which takes care of concerns of a narrow, purpose-specific application of the law. Section 370, IPC prohibits all forms of trafficking for exploitation. Explanation 1 to Section 370 of the IPC, which indicates what exploitation means is inclusive and covers “any act of physical exploitation, sexual exploitation, slavery or practices similar to slavery and servitude.” Trafficking for any purpose – whether begging, domestic work, farm or factory work – is part of section 370, IPC, which lays down a minimum punishment of 7 years imprisonment, which may extend to 10 years and fine.

Similarly, the so-called “new offence” of administering hormones or committing trafficking by administering alcohol or drugs is already incorporated in section 328 of the IPC, which punishes a person who: “administers to, or causes to be taken by any person any poison or any stupefying, intoxicating or unwholesome drug, or other thing with intent to ….. commit or facilitate the commission of an offence…, shall be punished with imprisonment of either description for a term which may extend to ten years, and shall also be liable to fine.”

Repeat offenders, trafficking of more than one person are all punishable under existing law.

Prevention, rescue and rehabilitation are also incorporated in current laws. For example, the JJ Act seeks to prevent child trafficking through protective mechanisms like the Child Welfare Committee. The Bonded Labour Act provides for vigilance committees in every district to carry out surveys and surveillance, with the aim of preventing bonded labour practices. Rescue and rehabilitation measures under ITPA are all too well known.

There is nothing “new” or “different’ in the Anti-Trafficking Bill, which is a rehash of legal provisions that already exist, including those that have failed to work. The Bill appears to be an exercise in one-upmanship, with the government keen to “show” that it is doing more and better than its predecessor, when, in fact, all that it is doing is “more of the same”.

In 2011, while hearing an appeal in Budhadev Karmaskar v. State of West Bengal(Criminal Appeal No. 135 of 2010, the Supreme Court constituted a panel to examine legal issues in relation to: 1) prevention of trafficking, 2) rehabilitation of sex workers who wish to leave sex work, and 3) conditions conducive for sex workers to live with dignity in accordance with the provisions of Article 21 of the Constitution of India. Over the next few years, the Court-appointed panel submitted a set of interim as well as final recommendations on the three terms of reference. One of the key recommendations of the panel was to adopt community-based rehabilitation, i.e. alternatives that are not contingent on trafficked women staying in state-run “homes”. Another suggestion was to revise laws like the ITPA so as to distinguish between those coerced into sex work and those who engage in it voluntarily, so that interventions are tailored to those who need them. None of these ideas, which emerged from in-depth analysis and multi-stakeholder deliberations, have been taken on board in the Anti-Trafficking Bill.

Yet, in its affidavit dated March 2017 before the Supreme Court, the MWCD expressed agreement with the panel’s findings and stated that it is “taking steps to implement recommendations of the panel”. The affidavit further submits that the Panel’s recommendation to create awareness amongst sex workers about their rights “is very important” and that “the government is taking steps to create awareness amongst sex workers regarding their social as well as legal rights”.

In light of the contents of the Anti-Trafficking Bill, this is nothing but double-speak.

Problems with the Bill

The Anti-Trafficking Bill is deeply flawed, with provisions that are both problematic and make little sense. Some of these are noted below:

The Bill introduces offences in relation to, and authorizes closure of premises, which are “to be used” as a “place of trafficking”. “Premises”, which is widely defined to include land, location and conveyance, may be a home, factory, farm or a vehicle used for public transport. Applied in the context of labour trafficking, the law would allow factories and farms to be “closed down”, merely on the basis of a complaint by the Police or any other person that the said premises are to be used for trafficking. A public transport bus in which a trafficked person may travel could also be seized. These are absurd consequences, to say the least.

Penal provisions against “promoting or facilitating trafficking of persons” are equally vague and cast a wide net. IT companies, travelogues and employment sites should be worried as hosting materials or advertisements that “promote trafficking of person” will attract punishment.

There is ample evidence of the ineffectiveness and harm of “rescue, raid and rehabilitation” imposed on sex workers under the ITPA. As a result, sex workers have developed alternate community-led models of peer-support and oversight and self-regulatory boards, which have been more effective in removing unwilling persons from sex work. Instead of examining such approaches and finding alternative means to offer support, the Anti-Trafficking Bill proposes to continue and extend rescue and institutional rehabilitation to all victims of trafficking.

The Anti-Trafficking Bill does not serve any logical or legitimate purpose. It is a shoddy piece of legislation, which should not be taken forward or introduced in Parliament. And if tabled, it must be referred to the Standing Committee for careful scrutiny, which has evaded the Bill till now.

Tripti Tandon is an Advocate and Deputy Director of Lawyers Collective, HIV/AIDS Unit.

[The article has been authored with inputs from Akhila Sivadas, Smarajit Jana and Monalisa Mishra.]