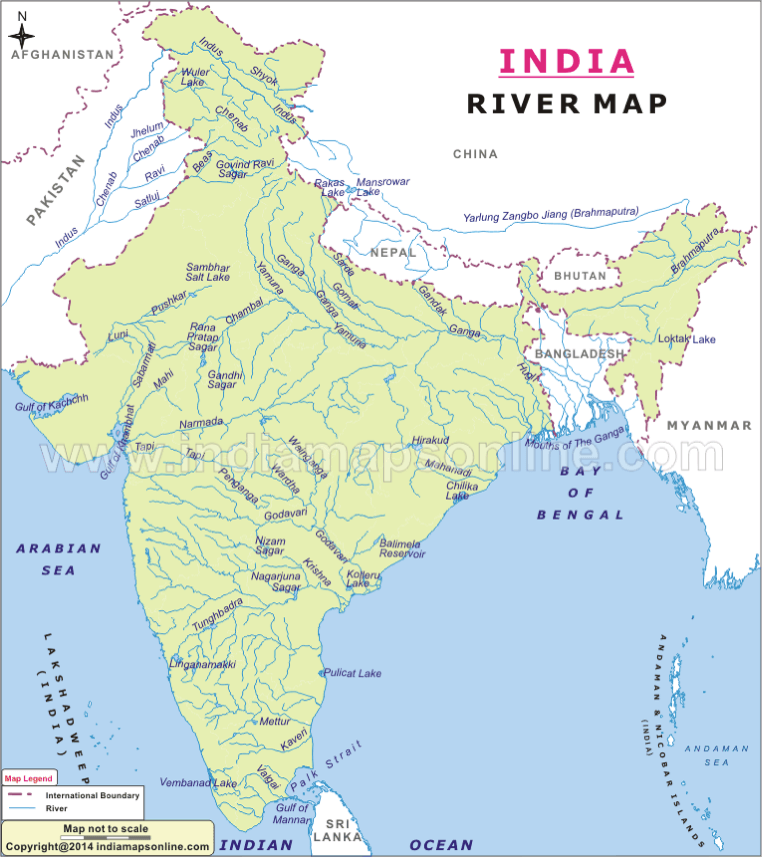 Water water everywhere, not a drop to drink

We have seen water wars in this country go to such an extent that States are willing to disobey the SC’s orders directing them to release the water the to neighboring states. They say, their first duty is to provide water to their people. These disputes raise federal issues, where the Center has a role to play in mediating and stinting the dispute. In the event that the dispute is not settled, the Center can refer the dispute to a Tribunal. Delays in the tribunals have been proverbial. In an attempt to speed up settlement of disputes, the Central Government has amended the Inter-State River Water Disputes Act (Amendment) Bill of 2017

In this article, Mohan Katarki, our contributing editor who has argued more than 31 original suites and references in the Supreme Court of India, argues that the amendment does not go far enough and proposes solutions.

The Bill No. 46 of 2017 introduced in the Lok Sabha to amend the Inter-State River Water Disputes Act, 1956 (Act of 1956) proposes structural reforms in the adjudicatory mechanism, but these reforms do not fulfill the essential correctional measures required to deal with increasing demand for water in India. The rivers can come from the waters of snow fed Himalayan rivers; Ravi, Beas, Sutlej, Ganga, Brahmaputra or Teesta, seasonal peninsular rivers; Mahanadi, Narmada, Cauvery, Godavary or Krishna, Eastern Ghat rivers; Vansadhara, Pennar, Palar or Nagavalli and Western Ghat rivers; Mahaday/Mandovi, Pamba or Periyar.

Federal constitutionalism requires not only division of political powers between the Central Government and the State Governments, but also sharing of natural resources between the States. The differences, conflicts or disputes are bound to arise, if they are not already a regular affair in the functioning of the federal system.

Accordingly, an independent adjudicatory mechanism is necessary to resolve these federal disputes. Prior to independence, the colonial system in India had provided for an independent adjudicators mechanism. The Government of India Act of 1935 (Act of 1935) invented federalism, with a Federal Court for resolution of federal disputes under Section 204 of the Act of 1935. However, with regard to the sharing of waters of inter-provincial rivers, this Act of 1935, contemplated in Section 130 and 131, a separate body, namely the Commission, appointed by the Governor-General of India. The Constitution of India, which has been broadly modeled on the Act of 1935, adopted the said system in the 1935 act along with the commission model.

The Constitution and its mechanism for settlement of inter-State river water disputes.

Article 131 of the Constitution provides for a forum for resolution of inter-State disputes, which includes water disputes. However, following the policy of Act of 1935, an exception is made in respect of disputes relating to inter State rivers by empowering the Parliament under Art 262(1) to oust the jurisdiction of the Supreme Court under Article 131. Parliament acting under the said provision passed the Act of 1956, providing for the creation of ad hoc Inter State Tribunal.

The Act of 1956 defines water disputes in Section 2(c). Section 3 states the circumstances in which a State can file a complaint. The key word for maintaining a complaint is “affected prejudicially”. The complaint under Section 3 may arise both from executive and legislative action. While adjudicating the complaint, the question to be considered is not the legality of legislative or executive action of opposite State, but the extraterritorial injury or prejudice, which may flow from the said executive or legislative action. Section 4 contemplates establishment of an ad hoc Inter State Tribunal consisting of Chairman and two Members, who have been judges of the Supreme Court or the High Court at the time of their nomination by the Chief Justice of India. We recently saw the then Chief Justice of India nominate Justice B.S Chawan as the Chair of the Cauvery Tribunal who was then a sitting judge of the Supreme Court. Section 5(1) enables the Central Government to refer the complaint lodged by a State under Section 3 for adjudication along with matters connected or relevant to the water disputes. Section 5(2) mandates submission of a decision by the Tribunal. If any guidance or explanation is required on the decision of the Tribunal under Section 5(2), a further reference can be made under Section 5(3). Section 6(1) requires the Government of India to publish the Decision of the Tribunal in the Official Gazette. Section 6(2), which was inserted by the Amendment Act of 2002, declares that the decision published under Section 6(1) “shall have the same force” as an order or decree of the Supreme Court. Section 11 bars the jurisdiction of all courts including the Supreme Court in respect of any water dispute. Section 12 mandates dissolution of the Tribunal. Therefore, the Tribunal established under Section 4(1), which ends in dissolution after the adjudication is a complaint specific or ad hoc mechanism.

The legislative proposals in the Bill of 2017 for appointment of a permanent adjudicatory mechanism known as Inter-State River Water Disputes Tribunal (ISRWD Tribunal) is undoubtedly a step in the right direction. Water disputes between the States have been on the rise. The gap between demand and supply of water, particularly in the drought prone areas, has been the prime cause for the inter-State water disputes. The early resolution of these disputes in a time bound period would help in spreading the benefit of irrigation to farmers in the drought prone areas. Besides, drinking water needs to be supplied to the burgeoning urban areas and metros.

At present, five ad hoc Inter-State River Water Disputes Tribunals have been invoked. The Ravi-Beas Waters Tribunal was constituted in 1986, but, the reference under Sec 5(3) of the Act of 1956 is pending inter alia due to the Presidential Reference in the Supreme Court (which has been answered recently on 10.11.2016). The Cauvery Water Disputes Tribunal constituted in 1990, though gave its decision and final order on 05.02.2007, still awaits proceedings under Section 5(3) of the Act of 1956 for explanation and guidance of its decision are pending. This is because civil appeals have been filed by the States of Karnataka, Tamil Nadu and Kerala in the Supreme Court against the said decision and final order. The Krishna Water Disputes Tribunal-2, which has given its decision and final order under Section 5(2), as well as under Section 5(3) of the Act of 1956, has been hindered by the bifurcation of erstwhile State of Andhra Pradesh into Telangana and Andhra Pradesh has resulted in a fresh reference under Sec.89 of the Andhra Pradesh Re-organisation Act, 2014, for project-wise allocation and determination of distress protocol. The Vansadhara Water Disputes Tribunal is in the advance stage of concluding its adjudication. The Mahadayi Water Disputes Tribunal has been recording evidence of witnesses. If the ISRWD Tribunal is established, these five ad hoc Tribunals would stand dissolved and the pending water disputes shall be transferred to the ISRWD Tribunal.

The Disputes Resolution Committee (DRC) contemplated under clause 4A of the Bill of 2017 intends to institutionalize the statutory requirement of negotiations between the riparian States. It is only on being satisfied that the dispute cannot be resolved by negotiation, the Central Government is empowered to refer the complaint to an ad hoc Tribunal under Section 4(1) of the Act of 1956. However, the technocratic composition of the DRC is unlikely to resolve the dispute by negotiations. Experience has shown that a very high level of politics is involved in the process. Constitutional functionaries viz., the Chief Ministers of the riparian States and the Prime Minister or Union Minister for Water Resources are the persons who alone have the public standing and the necessary authority to bring about a solution to the water disputes and take action rather than merely quibbling with numbers, data or statistics. The efficacy of DRC as proposed in the Bill of 2017, is therefore, highly doubtful.

The Bill of 2017 ignores the different types of water disputes. There are many disputes, which are purely technical in nature. Such technical issues can be resolved by referencing an expert instead of going through a judicial process.

The Indus Treaty of 1960 between India and Pakistan provides for expert determination of certain classes of disputes mentioned in the Treaty by a Neutral Expert. Noted jurist F.S. Nariman who represented India in Indus Disputes relating to Baglihar Project before the Neutral Expert in 2008 has specially commended the relevance of the system in his memoirs.

“Lawyers representing both sides made brief legal submissions lasting not more than a couple of hours – first at the beginning and then at the end of each week long meeting. The engineers and experts were the main spokesperson and the principal dramatis personae…I suggest that this refreshing way of proceeding – initiatied by the Swiss neutral expert in the Pakistan – India Dispute should be emulated by Tribunals constituted under the Inter –State Water Dispute Act, 1956.” – Fali S Nariman.

If the Bill of 2017 had incorporated such provision for expert determination, it would have helped in finding a speedy solution to certain water disputes. Even among the full-fledged water disputes, some of the disputes do not involve high stakes to await resolution by a three judge bench. A single judge of the bench could suffice. The Bill of 2017 should have addressed certain procedural changes which it has failed to do. The collection of technical evidence by way of examination of witness in regular court is avoidable.

In conclusion, though the Bill of 2017 introduces structural reforms in the adjudicatory mechanism to resolve inter-State water disputes in India, yet the Bill falls short of complete reforms that are necessary. If the Union Government reconsiders the matter and introduces a fresh Bill incorporating the above suggestions, it would go a long way in resolving the water disputes speedily.

***the author has represented some of the states mentioned in this article. He is Advocate at the Supreme Court of India. Mr Katarki specialises in Inter-State Water Law concerning sharing or allocation of waters between the States in the Inter-State river and river valley.