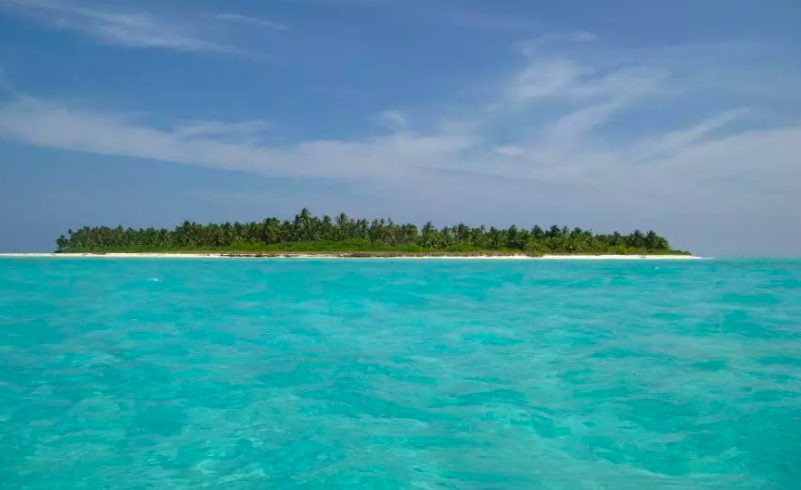 Democracy and Rule of LawFederalismGovernanceIndiaPolicyPolitics

Sumedha Pal·May 26, 2021
Home
Due Process
Democracy and Rule of Law

The islands in the Arabian Sea are currently witnessing a strong resistance campaign in the name of #SaveLakshdweep, opposing the series of allegedly autocratic reforms introduced by the central government of the BJP through its administrator Praful Khoda Patel, a former Gujarat MLA. These reforms are being seen as an attack on the economy, culture and traditions of the islands. Patel took over the administration last year after the demise of former administrator Dineshwar Sharma.

The most crucial among these are the extensive changes to the land ownership and regulation in the island, with the administrator has taking complete charge over the grant of permission to develop land and for other powers of control over the use of land. Further, “these rules will also confer additional powers to the administrator with respect to the acquisition and development of land for planning”.

The regulation has also suggested zones of development where construction can ensue. The administration will also have enormous control over evictions. News reports have suggested that Praful Patel has already given orders to widen roads and raze houses, despite rampant opposition against the move given the island’s small population.

The draft of the Panchayat Regulations (Amendment) states that those who have more than two children will be barred  from contesting the panchayat elections. Additionally, there is also a high likelihood of devolution of panchayat powers, which exercise significant control over multiple sectors such as fisheries, health, animal husbandry, among others.

Speaking with NewsClick, Faseela Ibrahim, a lawyer based in the islands, explained, “Panchayats in 2012 were given enormous powers, relating to animal husbandry, fishing, health, etc. These powers were revoked in May and put under the jurisdiction of the administrator.”

“It should also be noted that this is the first time an administrator has been appointed who does not come with a civil services background. The first thing he did which has triggered a lot of protests is the overhaul of the standard operating procedure regarding COVID-19 management. Earlier, people had to quarantine at the mainland and then enter the islands. However, the overhaul has led to an immediate spike in cases,” she added.

Drawing attention to the low crime rate in the islands according to the latest NCRB data, Ibrahim said, “Not only that, over a span of five months a series of draft resolutions related to the Anti-social Activities Prevention act or the Goonda Act, which is applicable to dangerous persons, anti-social elements, property grabbers, have been introduced. However, there is widespread anger among the residents against the proposed regulations.

Meanwhile, the changes to the Animal Preservation Regulation has also contributed to the unrest in the Union Territory where Muslims make over 90% of the population. As per the draft, no person shall directly or indirectly sell, keep, store, transport, offer or expose for sale or buy beef or beef products in any form anywhere in Lakshadweep. The guilty can end up with prison terms which may extend to 10 years but shall not be less than seven years and a fine which may extend to Rs 5 lakh but shall not be less than Rs 1 lakh.

Aijas Ahmad, a student activist from the region, said, “These are fascist decisions which are being backed by the central government. Crime rate in the islands is extremely low, for no reason there is a draft of the Goonda Act. Prior to Patel taking the reigns of the administration, the islands had witnessed protests against the CAA-NRC (Citizenship Amendment Act-National Register of Citizens) But the recent changes have increased the fear of arrests under the draconian UAPA (Unlawful Activities Prevention Act) even in the islands.”

The new laws also introduce the dilution of norms for serving liquor at resorts. As part of tourism promotion, resorts in populated islands will be allowed to supply liquor as opposed to earlier, when liquor was allowed only at resorts in the uninhabited Bangaram island.

Another resident of the islands told NewsClick, “People of Lakshadweep are hardly involved in in any kind of criminal issues and were living a very peaceful and cultural life. We are the land with only 1% crime in the whole country. And suddenly, we are put under Goonda Act. We are being targetted with a lot of unacceptable laws, just to fulfill the interests of a few big corporates. Our land and people are being crucified. We need our soil to be free from fascism. We are worried ,us innocent people would be next called ‘terrorists’ and our land will be chained like Kashmir.”

Patel has also led an effort to demolish fishermen’s sheds built on the coastal areas, saying they violated the Coast Guard Act, along with the closure of dairy farms in the region, while allowing Gujarat-based Amul to sell its milk products on the island. He has also reportedly dismissed hundreds of contract and casual workers, mid-day meal workers, physical education teachers etc.

Notably, the slew of reforms cannot be seen in isolation. This is not the first time that the central government is using centrally appointed administrators to introduce changes in the Union Territories. The new regulations follow a pattern of changes in the Andaman and Nicobar islands, which is another region targetted by the central government to earn profits by corporates.

Previously NewsClick had reported how the NITI Aayog—the public policy think-tank of the Central government—had brought in a proposal, termed ‘shocking’ by environmentalists, for the development of India’s southernmost and largest islands – the great Nicobar region. On the government agenda is the creation of a mega transshipment terminal, an airport, a township and large-scale development of gas and solar-based power.

While the government claims that the project will lead to promotion of tourism, resulting in economic development of the region, concerns over the scale and the speed of expansion of the project have come forth since its initial announcement in March this year.