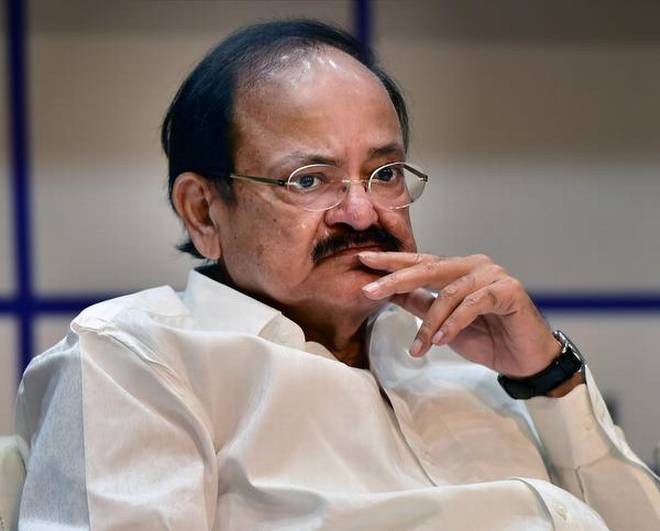 The notice of motion, dismissed by the Rajya Sabha Chairperson, was signed by 64 members of the upper house under Article 124(4) of the Constitution of India.

Rajya Sabha Chairman Venkaiah Naidu on Monday (23 April) dismissed the motion to initiate impeachment proceedings against the Chief Justice of India Dipak Misra, which had been moved by Opposition parties led by the Congress. The notice of motion was received by him signed by 64 members of Rajya Sabha under Article 124(4) of the Constitution of India on April 20, 2018.

The notice for initiating impeachment proceedings against CJI Misra was on the basis on certain acts of misbehaviour. In the history of independent India, this was the first time that a Chief Justice of India was sought to be impeached by the Parliamentarians. The CPI, CPI(M), NCP, SP, BSP and IUML were the parties that had agreed to the motion.

The order of rejection passed by the Chairman of the Rajya Sabha highlighted that as per Section 3(1)(b) of the Judges (Inquiry) Act 1968, a motion for removal of a Judge of the Supreme Court or a High Court should be signed by not less than 50 members of the Council. The same section also provides that the Chairman after consulting such persons, if any, as he thinks fit and after considering such material, if any, as may be available to him either admit the motion or refuse to admit the same.

The order stated, “At the stage of admission, I have to apply a test that if every statement stated in the petition is believed to be true, would it still amount to a case of “proved misbehaviour” within the scope of Article 124(4) of the Constitution of India.”

It was stated that the decision that been reached was after consultation with legal luminaries, constitutional experts and former Secretary generals of both the houses and former law officers, law commission members and eminent jurists.

“I have considered each of the allegations individually as well as collectively in the light of annexures annexed to the notice to the motion but also in the light of cogent, relevant material available in the form of judicial orders passed by the apex court of the country. Based on all this, I have come to the conclusion that this motion does not deserve to be admitted.”

It was indicated that Article 124(4) uses two expressions for consideration of any such motion, firstly, ‘proved misbehaviour’ and secondly, ‘incapacity’. The Chairman, in the order, stated that ‘proved misbehaviour’ is an expression clearly distinguishable from ‘misconduct’ as is apparent from the language of Article 124(4). The intent, gravity and onus are of a much higher degree. The prefix ‘proved’ places an obligation of actually proving the misbehaviour before the Parliamentary Procedure for removal of a judge can come into play.

It was mentioned that the phrases used by the Members of Parliament indicate a mere suspicion, a conjecture or an assumption. The same does not constitute proof “beyond reasonable doubt”, which is required to make out a case of ‘proved misbehaviour’ under Article 124(4).

The order also referred to the decision taken by the five-judge bench which reaffirmed the settled position that the CJI is the Master of the roster in the recent case of Kamini Jaiswal v Union of India on 14 November, 2017.

Opposition parties have argued that the Rajya Sabha Chairman’s order rejecting the motion of impeachment was unprecedented. It was argued that Naidu wrote in his order that the Opposition’s charges are not proven, however, by rejecting the notice they ensured that an enquiry does not happen.

Senior advocate Kapil Sibal said that the onus of proving the charges was not on the MPs, it was on the judicial committee formed after the motion was admitted.

Former Lok Sabha Speaker Somnath Chatterjee said that the Rajya Sabha Chairman acted in haste and should have followed proper procedures before rejecting the notice.

Read the full text of the order here.