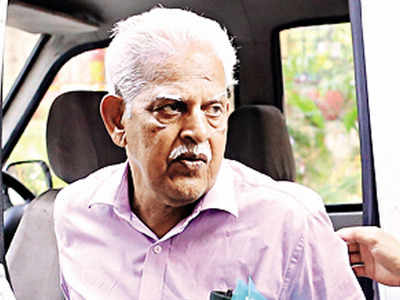 Poet-Activist Varavara Rao’s extended judicial custody amid severe medical concerns has brought into question the rights of accused persons awaiting trial. Leading newspapers have pressed upon the need for judicial reform and argued that courts must come forward to protect the fundamental rights of citizens that are threatened by draconian laws like sedition and UAPA. A report by MANYA SAINI.

ELGAR Parishad case accused, Varavara Rao was granted bail by the Bombay High Court last week on medical grounds, however, his long-term custody has raised several questions on the fundamental rights of accused persons. The 82-year-old activist and poet has been in judicial custody awaiting trial since August 2018. During this period, he has suffered from several ailments that have affected his health including COVID-19.

The Supreme Court in multiple judgements has upheld that bail must be the norm for the accused, and jail only an exceptional circumstance, however, Rao’s case is a testament that this is often not upheld by law enforcement agencies. The Bombay High Court bench hearing the plea had observed that not granting Rao bail will equal to the court abdicating its constitutional duties as the protector of human rights.

The relief was granted by a two-judge division bench of Justices SS Shinde and Manish Pitale who observed that the accused had a right to health under Article 21 of the constitution and the facilities at Taloja jail hospital were inadequate in addressing his medical conditions.

The Additional Solicitor General (ASG) for the NIA had asked for a stay on the release for three weeks after the court order was pronounced but the plea was turned down by the court. It stated that returning to Taloja Central Prison after being discharged from Nanavati Hospital would endanger Rao’s life.

An editorial published by The Telegraph argued that there has been an increasingly visible trend where draconian provisions of laws such as the Unlawful Activities (Prevention) Act and sedition are invoked to crackdown on dissent. These laws block due process and limit redressal for the accused, however, by granting Rao bail, the court has proven that such measures are not absolute.

It further stated that recent judgements by the courts in the cases of Varavara Rao and Disha Ravi have underlined the importance of evidence and a thorough investigation. The National Investigation Agency (NIA) has prolonged Rao’s custody without framing the necessary charges and gathering evidence to prove their validity. It remarks that the Delhi sessions court had similarly, dismissed almost every accusation against Ravi by the Delhi Police including her alleged association with banned organisations and motive of inciting violence. The court hearing the bail plea of climate activist Disha Ravi had noted a judicial precedent to state that sedition cannot be invoked to “minister to the wounded vanity of governments.”

The Telegraph, in its story, has cited reliable data available to allege that the political ascendency of the Bharatiya Janata Party (BJP) has coincided with a worrying spike in the cases of sedition.

The Indian Express in an editorial has also said that though Varavara Rao’s bail is a welcome move, still seems belated. It laments that despite the Court’s observation that, “the question is as to whether they (undertrials) can be forced to live a subhuman existence behind bars only because they stand accused of serious offences,” stringent conditions have been placed limiting his movement and other activities. This includes, not leaving the jurisdiction of the special NIA court, not making any statement in the media pertaining to his case, and depositing his passport.

Further, it says that a troublesome pattern is visible in the court’s handling of cases relating to anti-terror laws and sedition as they are “seen to be weighing excessively in favour of the state.” It has alleged that courts often take the allegations levelled by the authorities at face value, without the necessary evidence to substantiate the charges. The newspaper has argued that in cases where charges are pressed under “exceptional laws,” the judicial bar must be particularly high.

The Hindu in a recently published editorial has remarked that in the past, bail has been denied routinely to individuals arrested under UAPA. It cites the 2019 ruling of the Supreme Court, which made it nearly impossible for any person to be released on bail once they were charged under UAPA unless they could demonstrate that the charges against them were prima facie (at first view) untrue.

However, it adds that recently, the Supreme Court in a separate case had laid down that prolonged incarceration where there was no possibility of the trial being completed early could be grounds for bail being granted to the accused. In the case of Varavara Rao, the court has noted that charges are yet to be framed, and once the trial begins, over 200 witnesses will be examined.

These judgements have given impetus to the debate around judicial reform to discourage coercive actions of governments. They address the need for making laws compatible with the constitutionally ascribed values of the fundamental right to liberty and life.

In January 2020, the NIA took over the investigation of the Elgar Parishad case from the Pune Police, after it claimed that they found material relating to underground operations of banned Naxalite groups. Several high-profile activists and lawyers were named in the case and remain under detention including Shoma Sen, Sudha Bharadwaj, Arun Ferreira and Rona Wilson among others.

For almost two years, bail has been denied to the persons accused in the case.

(Manya Saini is a journalism student at the Symbiosis Institute of Media and Communication and an intern with The Leaflet.)