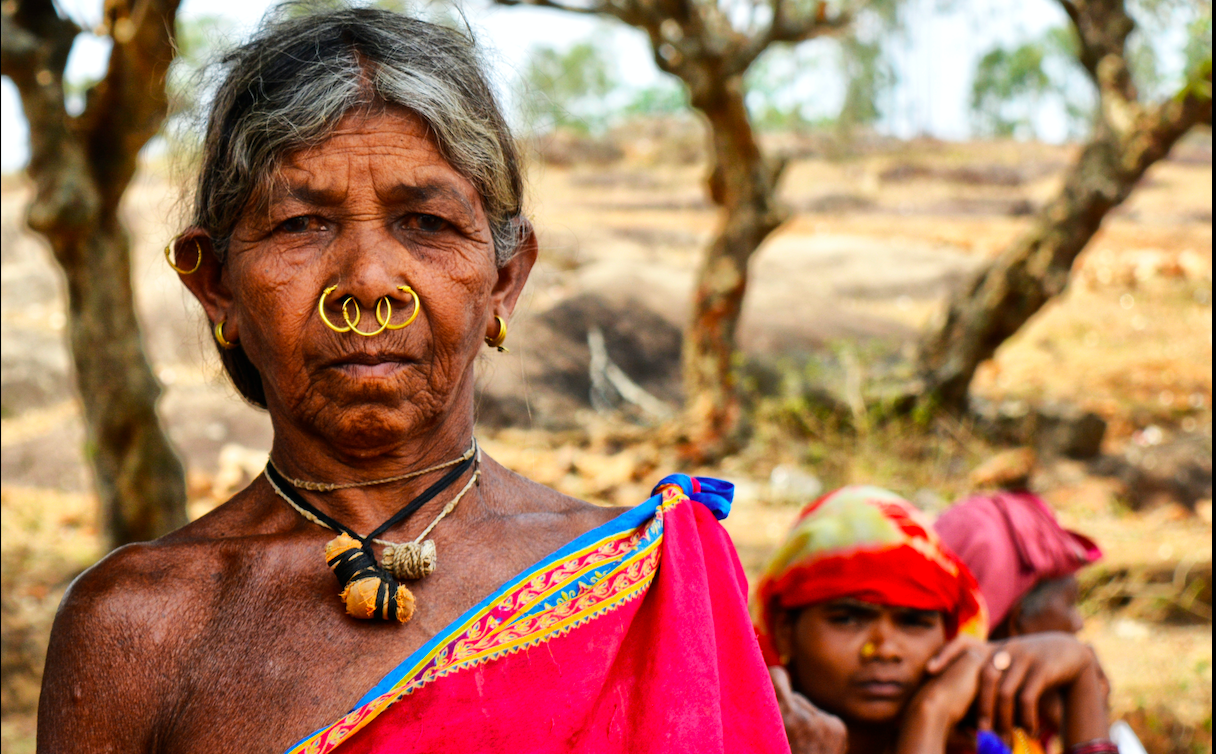 [dropcap]​T[/dropcap]HE Supreme Court in its order dated February 13, 2019, has directed the eviction of more than 11.8 lakh tribal families and traditional forest-dwellers from forestlands in 16 states of India. While this was ostensibly in the name of wildlife protection, the Court has not addressed the basis on which the matter is pending before it, namely, the constitutional validity of the Scheduled Tribes and other Traditional Forest Dwellers (Recognition of Forest Rights) Act, 2006 (Forest Right Act). Accusations have also been made against the Union Ministry of Tribal Affairs for failing to adequately defend the statute and the rights of the forest-dwellers.

A three-judge bench of the Supreme Court, comprising Justices Arun Mishra, Navin Sinha and Indira Banerjee, directed the State Governments to evict tribal families and traditional forest dwellers whose claims have been rejected by the competent authority on or before July 27, 2019 – when the matter will be heard next. The order was uploaded to the Supreme Court’s website on February 20, 2019. According to the most recent estimate, the number of persons likely to be affected by this order is 1.8 million.

The Supreme Court also stated that “in case the eviction is not carried out, as aforesaid, the matter would be viewed seriously by this court”. Pursuant to this, the Forest Survey of India was instructed to take a satellite survey and place on record the encroachment positions and the positions after eviction.

The detailed 19-page interim order has been passed in a batch of writ petitions pending in the Supreme Court since 2008, the first of which was filed by the Bombay Natural History Society and three other wildlife conservation organisations mere months after the Scheduled Tribes and Other Traditional Forest Dwellers (Recognition of Forest Rights) Act, 2006 (or Forest Rights Act) came into force, challenging its constitutional validity. The petitioners challenged the constitutional validity of the Forest Rights Act.

In an earlier hearing, the petitioners informed the Supreme Court that “approximately 44 lakh claims for recognition of the Rights under the above-mentioned Act (Forest Right Act) and grant of Pattas came to be filed before the authorities competent to deal with those claims in various States out of which some of the claims were accepted and some were rejected”. The Court also noted that “approximately 20.5 lakh claims were rejected in the above-mentioned 44 lakh claims”.

In its order dated January 29, 2016 (see below), the Supreme Court also asked each state to file an affidavit with data on the number of claims rejected and the extent of land covered by those claims.

However, as the legal battle unfolded in the last l1 years, the petitions which were originally filed to challenge the constitutional validity of the Forest Rights Act swung towards the issue of tribal families and forest-dwellers rights. The question was thus fundamentally changed, and the Supreme Court took it upon itself to issue orders of eviction even before the central question of constitutional validity has been fully debated, argued and decided.

Parliament enacted the Forest Rights Act in 2006 to give the rights to access, manage and govern forest lands and recourses within village boundaries back the traditional forest-dwellers and tribal communities.

The Forest Rights Act has been passed to undo the historical injustice inflicted on the tribal communities and traditional forest-dwellers by denying them rights to resources from forests where they have lived for generations.

The Forest Rights Act aimed “to recognise and vest the forest rights and occupation in forest land in forest-dwelling Scheduled Tribes and other traditional forest dwellers who have been residing in such forests for generations but whose rights could not be recorded”.

Section 4 (5) of the Forest Rights Act very specifically provides that “no member of a forest dwelling Scheduled Tribe or other traditional forest dwellers shall be evicted or removed from forest land under his occupation till the recognition and verification procedure is complete”.

Section 6 of the Forest Rights Act lays down a multi-layered and hierarchical procedure for recognition of forest-dweller claims. Under this provision, the Gram Sabha is the statutory body for receiving and examining claims for forest rights, and also for managing and protecting the forestlands, with two other appellate committees at the sub-divisional and district level. Under the Forest Rights Rules, the state governments are bound to inform applicants of the reasons why their claim has been rejected so that they can move an appeal.

The implementation of the Forest Rights Act has been riddled with challenges, not the least of these coming from an entrenched forest bureaucracy steeped in a colonial mindset, where forest-dwellers were treated as criminal encroachers on government lands or tolerated in sufferance at best.

Data provided by the States

On January 29, 2016, the batch of petitions came up for hearing before a three-judge bench, and the petitioners attempted to direct the focus of the court to so-called ‘rejected claims’. Recording the submission of the petitioners’ counsel that ‘rejected claims’ are ‘encroachments’ and therefore liable to be ‘evicted’, the Supreme Court directed the State Governments “to file an affidavit giving the data regarding the number of claims (of tribal communities and traditional forest dwellers) rejected within the territory of that State and the extent of land over which such claims were made and rejected”.

However, this order was in the nature of a query and did not direct or endorse evictions. A letter was issued by the Central Ministry of Tribal Affairs on February 05, 2016, the nodal ministry, to all State Governments and Union Territories, asking them to place before the Supreme Court the complete information at their disposal, including information relating to large numbers of wrongful rejections of claims.

Over several months ensuing, arguments were addressed by the petitioners, the central government, some state governments and also tribal rights organisations on questions of constitutional validity in general, and legislative competence of Parliament in particular. In March 2017, when these extended arguments concluded, the Supreme Court passed a short order stating as under:

“The matter was heard at length on one of the issues of legislative competence of the Parliament to enact Scheduled Tribes and Other Traditional Forest Dwellers (Recognition of Forest Rights) Act, 2006. Having heard the learned counsel appearing for various parties on the above-mentioned question, we are of the opinion that the submissions on the other issues are also required to be heard, to have a comprehensive view of the matter”

Only 16 states so far have submitted the details before the Supreme Court on February 13, 2019.

‘ * ’ Does not distinguish between scheduled tribes and traditional forest dwellers

Madhya Pradesh, Karnataka, and Odisha have the highest number of total claims submitted for consideration by the tribal families and traditional forest dwellers for settlement.

Failure of the Central Government

The failure of the Central Government counsel to appear on February 13, 2019, provided an opportunity to the petitioners’ counsel, who pressed forward the argument they have been making since so many years – that forest dwellers’ who had not been granted a ‘patta’ under the Forest Right Act, by definition are ‘encroachers’ and hence liable to be peremptorily evicted.

The conflation between ‘rejection’ of a claim and ‘eviction’, two legal consequences which are divided by a vast chasm, finds repeated reflection in the Supreme Court’s order. In this order, the Supreme Court has issued state-specific directions to 16 States, directing that detailed affidavits be filed by the Chief Secretary of the respective state detailing the evictions carried out and even whether possession of the land has been taken.

The order has sent shockwaves across the country, and even beyond. But you may well ask why there is such frenzy about the removal of ‘encroachments’ from forest lands. After all, forests are a national resource and ought to be protected from encroachers, in the national interest. But, who are the encroachers?

To answer this question, one need travel no further than the Preamble to the Act, which states, inter alia,

“… AND WHEREAS the forest rights on ancestral lands and their habitat were not in the consolidation of State forests during the colonial period as well as in independent India resulting in historical injustice to the forest-dwelling Scheduled Tribes and other traditional forest dwellers who are integral to the very survival and sustainability of the forest ecosystem….”

Central Government chooses not to defend

The Central Government remained silent in the court proceedings and is therefore complicit in the decision to drive tribal communities and forest-dwellers from their habitat and livelihood assets.

It did not draw the attention of the court to the wealth of material placed before the court in previous hearings that many claims were wrongly rejected, nor did they point out that the Forest Rights Act itself contains no provision for the eviction of the rejected claimants. For many tribal people in India, the Forest Rights Act represents the turning point after many years of injustice during which their customary and traditional rights to forest and its resources were systematically denied. The provisions of the Forest Rights Act conferred upon the tribal communities the opportunity to have formal legal titles to their land and thereby a form of identity and security.

There have been indications that the principles underpinning the Forest Rights Act were already being dismantled even prior to the order dt. 13.2.2019. In March 2016, the Ministry of Environment, Forest and Climate Change eased the process for granting ‘forest clearance’ to fast-track mining and other industrial projects that fall on the traditional lands of tribal people. Thus the requirement of consent of the tribal communities has been done away with at the primary stage of approval by the government and relegated to a much later stage in the decision-making process.

The Constitution under Article 244 and the Fifth Schedule recognises the special status of tribal homelands in the constitutional design. Many tribal groups have argued that the so-called ‘rejection’ of many claims under the Forest Rights Act is motivated by collusion between powerful interests including government, local forest officials and large companies and corporations.

This comes off the back of several recent decisions by the government to compromise the integrity and sanctity of our forests. For example, the Central Government and the Odisha Government, without conducting any consultations with Gram Sabhas, granted permission for the POSCO steel project in Jagatsinghpur district. This entailed the demolishing of betel vines in forest areas on which the forest-dwelling communities lived and earned their livelihoods. After a series of strong protests by the local forest-dwelling and tribal communities, POSCO was forced to withdraw from the . Recently, the Maharashtra Government in January 2018 diverted 467.5 hectares of reserved forest land in Yavatmal district, to Reliance group for a cement plant, continuing a trend whereby ecological, wildlife and tribal interests are subordinated to corporate gain.

There have also been many incidents where Forest Department officials have been accused of overstepping their mandate in remote forest areas. Troubling reports abound of officials exploiting and suppressing the tribal communities often simply out of economic interest. Increasingly, it is becoming clear that the forests in our country are best protected when the local communities are allowed to share in forest governance with the state forest departments, a delicate mechanism of checks and balances articulated in the Forest Rights Act.

[With inputs from Shomona Khanna.]