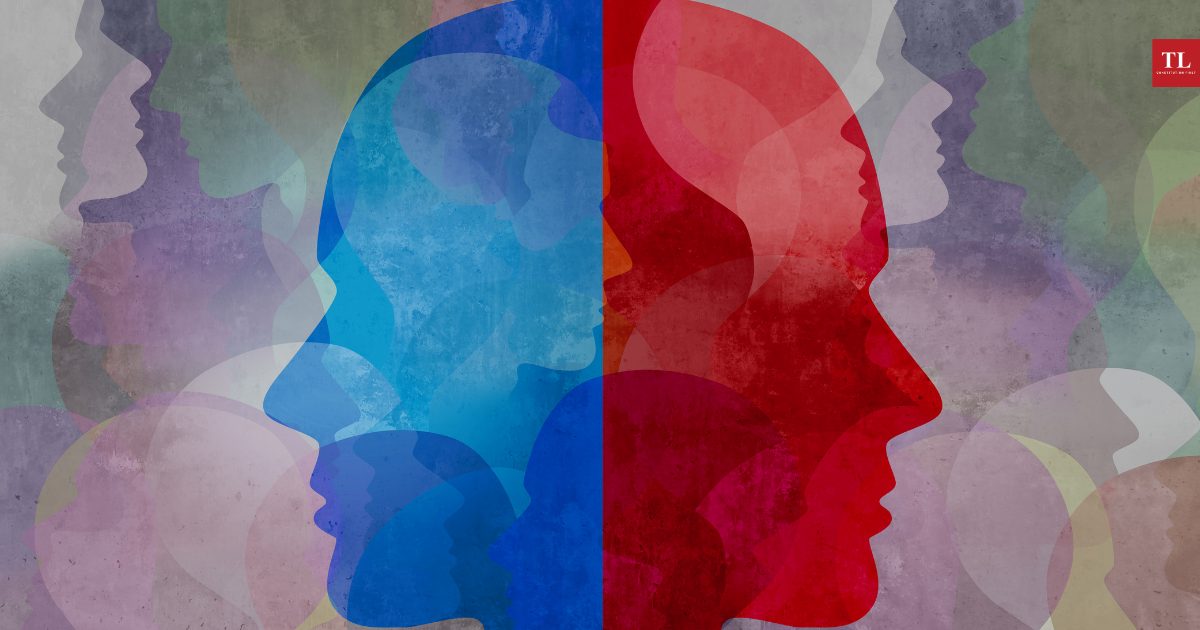 Using Empathy to Shatter the Stigma of Mental Illness

Stigma is the cornerstone of the stumbling blocks that mar every step in the process to reduce the prevalence of mental illness. From acceptance of symptoms of mental illness to acceptance of treatment to rehabilitation, there is a stigma attached to every stage of recovery. Society forces the mentally ill to wander the streets, destitute and alone, when empathy, effort, and scientific care can resolve mental illness, writes Magsaysay Award winner Dr BHARAT VATWANI.

THE bottleneck for the mentally ill in the Indian subcontinent, and one of the reasons for the virulent spread of psychiatric illness in our country is the stigma associated with it.

Physical illnesses rarely carry any stigma. Mental illness carries a stigma that can be segregated into two types:

Stigma leads to social loneliness, isolation and exclusion, and consequently poor social support. It causes mentally ill people to feel ashamed for something beyond their control. Stigma prevents the mentally ill from seeking the help they need, and going further, has a detrimental effect on treatment outcomes.

The stigma of mental illness got deeply entrenched over centuries of human existence. Given its omnipotent prevalence, both the patient and the relatives believe in the dogma of stigma. They are not ready to disclose their problem to themselves or others and are unprepared to accept the problem exists in society.

Also read: From panic attacks to obsessive-compulsive disorders, how COVID-19 has taken a toll on mental health

So, ultimately, mental illness is boxed in, closeted and festooned. With no breathing space, the claustrophobia of thoughts, emotions, behaviours and treatment options sets in.

Internally, the illness starts multiplying manifold, becomes gangrenous, and at a subconscious level, ultimately expunges the mentally ill from within their selves, their families and their societies. And thus are born the wandering mentally ill. They keep their mental illness, again at a subconscious level, in stagnated momentum, like a rolling stone that gathers no moss. No further additions or subtractions are made to their thoughts, emotions, actions and treatment options, and wandering becomes a way of life.

As schizophrenics walk around, disconnected from society, they attempt to drown their anxiety by the sheer physicality of momentum and wandering.

The Shraddha Rehabilitation Foundation, an NGO, addresses this physicality, momentum and wandering.

Empathy is the Key

One has to connect to the mentally ill by voice, body language, demeanour, eye contact and above all, through the soul.

Empathy is not sympathy, it is not pity, it is not largesse, it is not benevolence. It is beyond all these. It is the honest ability to communicate to the man on the streets, “There, but for the grace of a God above, go I. Therefore, I am you, and you are I.”

The moment true empathy is established, the claustrophobia of thought, emotions and actions that was festering within the psyche of the destitute, yields like a pricked balloon. When gently dealt with, the wandering destitute agrees to get into the ambulance of our NGO.

In some cases, the destitute are brought to the centre by means other than by ambulance. To cite one instance, our social worker, Farzana Ansari, got down for refreshments during a train journey. She saw a mentally ill destitute, established a rapport with him, got him onto the train and brought him to our rehabilitation centre at a ten-hour distance.

In many instances, college students who have some exposure to our work cajole the destitute walking on the street to sit on their motorcycles and bring them to our centre, often from a fairly long distance. How do they achieve this? From the communication of empathy.

The destitute have never been bathed, nor have they thought of cleaning up themselves, as they have internalised the stigma against their selves. A revulsion towards their illness has set deep in their psyches over months, years, even decades.

The Shraddha staff break this psychic wall. They get fresh clothes, trim their forests of matted hair and beards. Amongst the female destitute, female staff attend to their menstrual hygiene. The acceptance of the destitute as humans makes them accept themselves as humans.

A complete and balanced meal is provided. Shraddha doctors attend to maladies such as fever, pneumonia, typhoid and malaria, a common plight of the wandering mentally ill. Every act embodies care and compassion.

A routine is established: breakfast-lunch-dinner followed by morning-noon-night medicines. Psychiatric medication is started to counter the psychiatric problem scientifically. From day one, the patient is addressed by his name, not a number, as is common in situations of confinements.

The patients are cajoled and pleaded with, in gentle soothing tones, to reveal their names, their parent’s names, their sister’s names. Soon, they recall the name of their husband or wife, their children, kith and kin, the village they were born in, the district they belong to, the school they studied in, the theatre they watched their favourite movies at, the festivals they celebrated with their family, the gods they revered… These are questions no one has ever asked them, to which they had almost forgotten the answers.

The capacity to make a wandering mentally ill destitute believe he has an identity and belongs, comes from asking simple questions. It is not rocket science but interpersonal rapport at the level of empathy.

The patient is pushed gently into joining group activities such as physical exercise or games such as rubber ball, cricket, football, throwball, or yoga in an open environment and group prayer meetings in a multi-cultural setting. Their specific skills allow the patient to work in gardening, farming, masonry, electrical repair work, attending to cattle, cooking, cutting vegetables and general cleaning of the premises.

Recognising their inherent personality recreates a bygone psychic era for the patient and the balloon of stigma pricks further.

The destitute are made to understand that their contributions are unique, one-of-a-kind, valuable and cherished even after they have left the centre.

Doctors at Shraddha make it a standard protocol to have all patients present (male/female separately) while making their rounds. Unless physical examination demands privacy, the doctors address each of them by name in the presence of others.

Their tone, body language, attitude and eye contact communicate empathy, but the visual/aural presence of the others disseminates empathy to all in the room. Each destitute present (in the large room) realises that caring, concerned people are addressing them individually.

An entire team of qualified professional social workers is present during these rounds. They belong to different states of India, speak varied dialects and make patients from all over India feel comfortable because they are spoken to in a language and dialect they understand, and grew up with, which is a part of their collective unconscious. This often results in abreaction and emotional catharsis among the patients.

A patient, after about two months of treatment, broke down, spontaneously reached out, and taking a pen from the doctor’s hands, wrote a mobile number in his file in tremulous writing. It was his brother’s number.

Since the destitute had recovered substantially, an immediate call was placed to the number (in front of the other patients) and he spoke on the phone in an emotionally gut-wrenching voice to his brother on the other end of the line. The mobile was kept in ‘speaker on’ mode, and the conversation made the entire room reverberate with empathy, empathy and more empathy. Each patient desired and wished this fellow inmate (nay, fellow soul-mate) goes home.

Sometimes, bonds so deep develop that one recovered patient says he would return home only after he escorts safely two other recovered destitute on their “reunion trip”.

Till a few months ago, these patients were unknown to one another, but their proximity shatters the social isolation and loneliness. Their ongoing recovery has the destitute forge bonds of empathy, regardless of what sects or classes they belong to.

Some aspects of recovery simply amount to humans establishing and proclaiming their right to be human, and interpersonal emotional rapport weaving its magic.

Simple events, such as the doctors sipping tea and biscuits during their rounds make the patients want to partake in a biscuit fest! The request is never turned down. Instantaneously, the doctors and patients become equals.

On occasions, the destitute reaches out and takes the water bottle of the doctor and drinks from it. This is encouraged, not denied. The entire group of 80-odd male patients notices. The worst off, be they catatonic or severely depressed, perceive a flickering of hope in their innermost unconsciousness.

Patients may take months or a year to recover, but every act of camaraderie makes them believe in life. Their image in their own eyes goes on the upswing. They are unchained from the shackles of stigma, they are back from the skeletons of the dead.

Finally comes the planning of the Shraddha reunion trips for the recovered destitute, the return trip to their homeland. This is something all of them now await and anticipate with bated breath. They have seen two or three patients, on average, get the doctor’s OK to leave the rehabilitation centre every day.

Escorted by social workers from their state, the recovered men and women set off for home. Deep down, the others have come to understand that their turn shall come. Hope is rekindled in lost souls. And loved ones forgotten because of the blunting of emotional faculties by the onslaught of mental illness, are often re-remembered with fervour and passion.

As the recovering men and women remember their children and wonder how their loved ones and dependents must be faring without them, every patient becomes a kindred spirit to the other. In this spirit, Shraddha exorcises the stigma that has come to be associated with mental illness over centuries.

(Dr Bharat Vatwani is a Magsaysay Award winner. The views expressed are personal.)