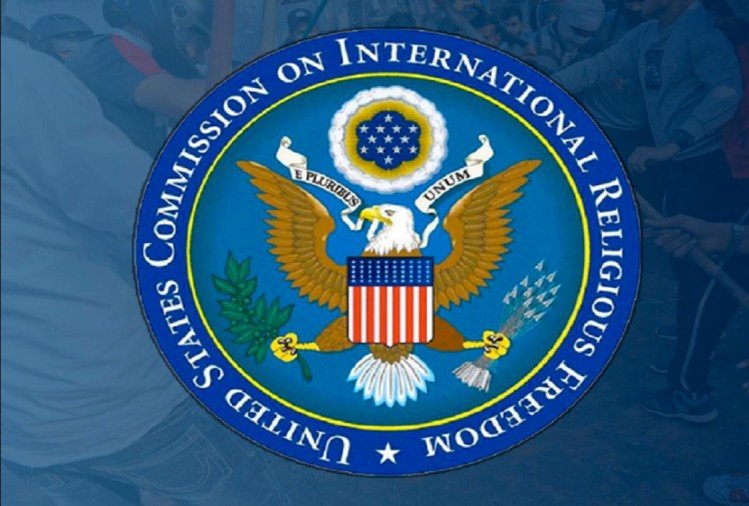 US Commission on International Religious Freedom puts India under the category of ‘Country of Particular Concern’ for “engaging in and tolerating systematic, ongoing and egregious religious freedom violations”.

Of the nine members, two have expressed their dissent over the USCIRF recommendation to place India in the CPC. And a third member also expressed his personal view on India.

The list includes 14 nations that have been flagged as “countries of particular concern”. These include nine countries that the State Department designated as CPCs last December – Myanmar, China, Eritrea, Iran, North Korea, Pakistan, Saudi Arabia, Tajikistan and Turkmenistan — as well as five others — India, Nigeria, Russia, Syria, and Vietnam.

The 2020 report raises some grave concerns about the diminishing religious freedom in India. It pointed out to the Citizenship (Amendment) Act, passed in 2019, that enables fast track citizenship to non-Muslim migrants from Afghanistan, Pakistan and Bangladesh, who are already residing in India. The report also raises questions about the National Register of Citizens process that specifically affects Muslims, who when not included in the register are prone to deportation, indefinite detention and potential statelessness.

Observing these developments, the report states, “The national and various state governments also allowed nationwide campaigns of harassment and violence against religious minorities to continue with impunity, and engaged in and tolerated hate speech and incitement to violence against them”.

It has also recommended to “impose targeted sanctions on Indian government agencies and officials responsible for severe violations of religious freedom by freezing those individuals’ assets and/ or barring their entry into the United States under human rights-related financial and visa authorities, citing specific religious freedom violations”.

The report also makes reference to the Supreme Court’s judgment in 2018 (mob lynching case) whereby it had urged the central and state governments to combat lynchings with stricter laws.

“When, by July 2019, the central government and 10 states had failed to take appropriate action, the Supreme Court again directed them to do so. Rather than comply, Home Minister Shah called existing laws sufficient and denied lynchings had increased, while the Home Ministry instructed the National Crime Records Bureau to omit lynchings from the 2019 crime data report”, the report says.

The key findings in India noted that since the re-election of the BJP government at the Centre, the national level government has allowed the violation of religious rights of minorities, especially Muslims, through their policies, using their strengthened parliamentary majority. The report states: “The national government allowed violence against minorities and their houses of worship to continue with impunity, and also engaged in and tolerated hate speech and incitement to violence.”

“The CAA’s passage in December sparked nationwide protests that police and government-aligned groups met with violence; in Uttar Pradesh (UP), the BJP chief minister Yogi Adityanath pledged “revenge” against anti-CAA protestors and stated they should be fed “bullets not biryani”, says USCIRF report.

It added, “In December, close to 25 people died in attacks against protestors and universities in UP alone. According to reports, police action specifically targeted Muslims”.

The report also makes reference to recent Delhi riots and states “In February 2020, three days of violence erupted in Delhi with mobs attacking Muslim neighbourhoods. There were reports of Delhi police, operating under the Home Ministry’s authority, failing to halt attacks and even directly participating in the violence. At least 50 people were killed.”

With regard to religious freedom in Jammu and Kashmir, the report notes “In August 2019, the government stripped Muslim-majority Jammu and Kashmir’s autonomy and imposed security measures, including restricting freedom of movement and assembly, cutting Internet and phone access, and arresting Kashmiri leaders, including religious leaders. The restrictions on movement and assembly limited the ability to attend prayers and religious ceremonies. USCIRF also received several reports of mosques being closed, imams and Muslim leaders arrested and detained, and threats and violence by extremist groups”.

The report recommends that the US Congress should continue to hold hearings highlighting religious freedom conditions in India and U.S. policy toward India. It has also recommended that civil society organizations should be funded further, to create a system of monitoring and early warning in partnership with the police to challenge hate speech and incitement to violence.

Rejecting the observations made in the report, the Indian government’s official spokesperson Anurag Srivastava said, “Its (the USCIRF’s) biased and tendentious comments against India are not new. But on this occasion, its misrepresentation has reached new levels. It has not been able to carry its own Commissioners in its endeavour. We regard it as an organisation of particular concern and will treat it accordingly.”

Of the nine members, two have expressed their dissent over the USCIRF recommendation to place India in the CPC. And a third member also expressed his personal view on India.

“I must dissent from the decision of my fellow Commissioners to recommend India, the world’s largest democracy, for designation as a ‘country of particular concern’, or CPC, placing India in a gallery of rogue nations in which it does not belong,” Commissioner Gary L Bauer wrote in his dissent note.

“India does not belong to the same category as authoritarian regimes like China and North Korea. India is the largest democratic nation in the world, where the CAA has been challenged openly by the opposition Congress Party and lawmakers, civil society, and various groups, India is a free and open democratic society that allows for all possibilities; therefore, India is not a CPC country ” said Commissioner Tenzin Dorjee.

“My hope, and my prayer, is that India’s still young, and freewheeling, democracy will give way to an ever-brighter future through these challenges, for all of its citizens, whatever their religion or political affiliation. I am rooting for India’s institutions to draw upon her rich history in order to pull her through the present time. India also happens to be a country that I have loved for all of my adult life. It is a country I love because of its pluralism and because of the transformative impact it has had on my own life through my many visits (and visits to vibrantly religious places in Varanasi, Old Delhi, Amritsar, Dharamsala, Agra, Ajmer, Hyderabad, Kolkata, throughout Kerala, and many other places)”, said Commissioner Johnnie Moore in his personal note.

The USCIRF is a United Stated federal government commission. USCIRF, as an independent, bipartisan commission, advises the President, Congress and the Secretary of State on international religious freedom issues.

The USCIRF commissioners are appointed by the President of USA along with the leadership of both the political parties in the Senate and House of Representatives.