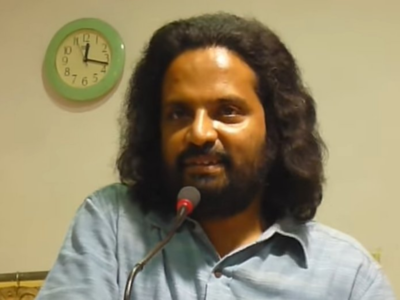 An accused in the Bhima Koregaon case, Rona Wilson, has filed a petition in the Bombay High Court challenging his prosecution under the stringent anti-terrorism Unlawful Activities (Prevention) (UAPA) Act. He has also sought the constitution of a special investigation team (SIT) to investigate his  “framing” and “targeting” by planting incriminating material in his laptop.

Wilson in his plea contended that the incriminating evidence said to have been found on his computer at the time of seizure on 17.04.2018 was ‘planted’ with the intention of framing him in a false and fabricated case.

In his support, Wilson relied upon a forensic report made by the American based, Arsenal Consulting, which indicates all the incriminating documents, including a letter mentioning a plot to assassinate the Prime Minister of India in another “ Rajiv Gandhi type of incident “ were planted on Rona Wilson”s computer, through a malware named ‘Netwire.”

“This malware came to be planted in the system of activist Rona Wilson through a mail which carried an attachment and appeared innocuous. Attempts to download the attachment resulted in installation of the malware in the background, without him getting even a hint of it”, petition said.

Wilson, thus, asserted that the so-called incriminatory documents were neither created by him nor received by him nor put on his computer by him.

He thereafter through his lawyers approached American Bar Association with the request to have the said documents forensically analysed.

The report shows that the attacker retained the control and command of the personal laptop of Rona Wilson for over a period of 22 months, and Arsenal Consulting was able to identify traces, footprints of malware with the help of certain tools.

The report gives in complete and meticulous detail how and when various materials came to be planted on the computer in a folder created by the hacker himself. Though the attacker utilised the initial period for carrying out surveillance on the activist, later he started to deliver various documents and files on the computer.

Wilson has alleged his prosecution was a classic case of “selective prosecution since Ekbote and Bhide have not been properly investigated while granting sanction to prosecute him and his co-accused.”

“The law has been enforced with “evil eye” and “unequal hand” and is hence bad in law and is required to be set aside”, the petitioner urged.

Arsenal which has been carrying out forensic analysis for over period of 20 years stated “this is one of the most serious cases, involving evidence tampering that Arsenal has ever encountered, based on various metrics which include the vast time span between the delivery of the first and last incriminating document”

Arsenal has so far conducted its work on the report on a pro bono basis, said Mark Spencer, the firm’s president. The company was founded in 2009 and has performed a digital forensic analysis in other high-profile cases, including the Boston Marathon bombing, reported the Washington Post.

The petitioner has contended that his fundamental rights under Article 14 and Article 21 of the Constitution of India had been violated, and relying on the case of Arnab Goswami vs State of Maharashtra , argued that the issue of targeting him with false and fabricated documents must be decided as a threshold issue.

Wilson has requested interim bail pending the hearing and final disposal of the petition. In addition, he prayed for the constitution of a special investigation team to investigate the said framing and targeting with the purpose of identifying the person or persons who had planted the incriminating material. The petition further called for the investigation to be monitored by the high court.

“Framing is an abuse of process of law, it amounts to wrongful prosecution, that he has been dealt with in a discriminatory manner, for his political views”, Wilson submitted.

As per the report in the Washington Post, Sudeep Pasbola, a lawyer representing Wilson, said the Arsenal report proved his client’s innocence and “destabilises” the prosecution case against the activists. On Wednesday, Wilson’s lawyers included the report in a petition filed in the High Court of Bombay urging judges to dismiss the case against their client.

The Washington report said quoting Jaya Roy, a spokeswoman for the National Investigation Agency, that said that a forensic analysis of Wilson’s laptop conducted by law enforcement did not show any evidence of malware on the device. She added that there was “substantial documentary and oral evidence” against the individuals charged in the case.

More than a dozen activists are facing charges under UAPA and have been lodged in jail for the last two years without bail in Bhima Koregaon case.

Wilson, an independent researcher, and JNU alumnus was arrested on 06.06.2018.