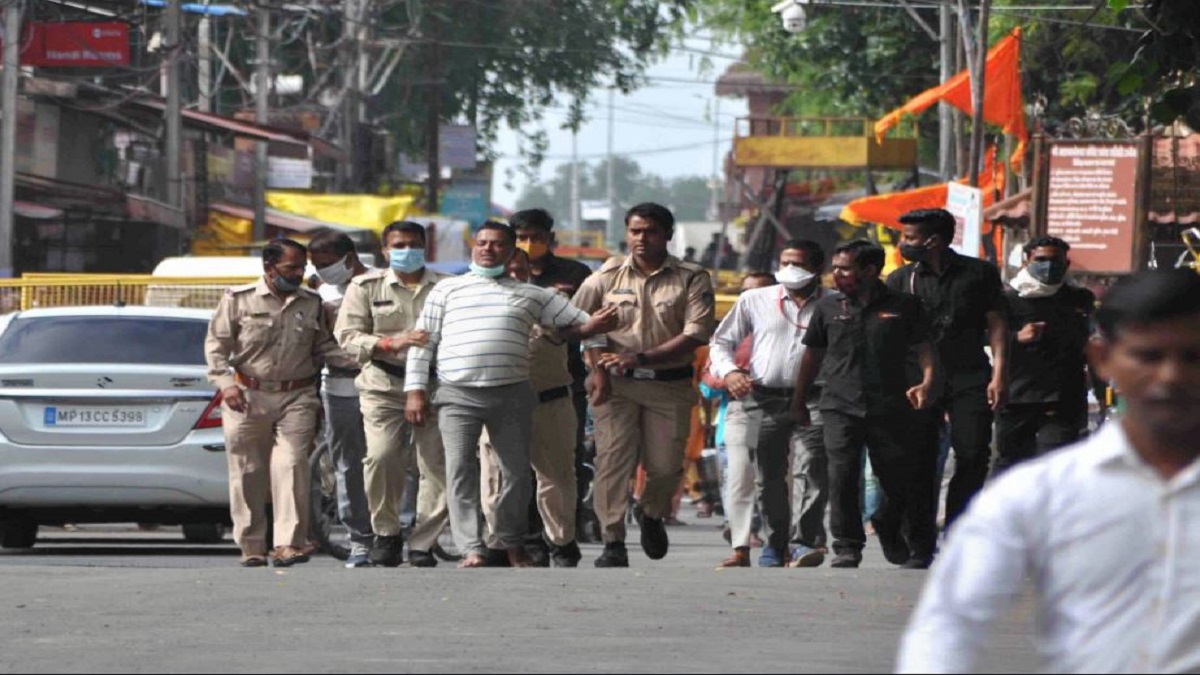 UP Govt: Vikas Dubey had fired 9 rounds at STF team, while three police bullets in self-defence hit him

The Uttar Pradesh Government has filed an affidavit in the Supreme Court informing the court that Gangster Vikas Dubey had not surrendered as is being wrongly reported.

This affidavit by the UP Government has come in response to a court’s notice on a Public Interest Litigation (PIL) seeking probe into encounter killings of Vikas Dubey and his five associates.

“In the morning of 9th July, 2020, the accused was identified by the Mahakaal Temple by the Samiti authorities as well as the policemen posted at police chowki at the Mahakaal temple at Ujjain, Madhya Pradesh. The Ujjain police verified the identity of Vikas Dubey from media reports. He was then taken into custody by the Ujjain police. The police then shared the information with the UP Police”, the affidavit filed by UP Government states.

The State Government has also informed the apex court that the deceased Vikas Dubey not only had a strong reason and motive to flee away from police custody as he attempted to do on July 10 but had the capacity, potential, and experience of attacking the police personnel and killing them which in fact happened on July 10 when Vikas Dubey tried to escape and fired at the police party when prevented.

The only option, the government says, available under the circumstances to the escort party was to fire back in self-defence.

On the question of Vikas Dubey was not handcuffed, the affidavit states that there were 15 police personnel and 3 vehicles to escort the accused directly to the court at Kanpur. He had to be produced at Kanpur within 24 hours before Court, which was expiring at 10 am on July 10.

UP Government has also claimed that no media vehicle was stopped by UP Police. Media vehicles continuously followed the vehicle from Ujjain and did live telecast. It adds there was a traffic jam at the checkpoints. The vehicle of Republic TV and Aaj Tak had immediately reached the accident site.

“Accused had fired 9 rounds at the STF team. He was facing the police while firing. STF team fired 06 rounds when he did not surrender even after warning and continued to fire on police team. Only three bullet shots hit the accused. It was a close and face to face exchange of fire furtherance of self-defense by police”, the affidavit of the UP Government says.

(i) A Commission of Enquiry under the Commission  of  Enquiries Act, 1951 headed by a former Hon’ble Judge of Allahabad High Court; and

(iii) A Special Team to investigate the incident dated 10.7.2020 (the day when Vikas Dubey was killed in an encounter).

Further, the government claims that the state authorities have strictly worked in accordance with the law and guidelines laid down by the Supreme Court in PUCL v. Union of India in 2014. It was further stated that the authorities had also intimated the National Human Rights Commission (NHRC) within 24 hours of the incident, “which clearly shows a lack of malafide”.