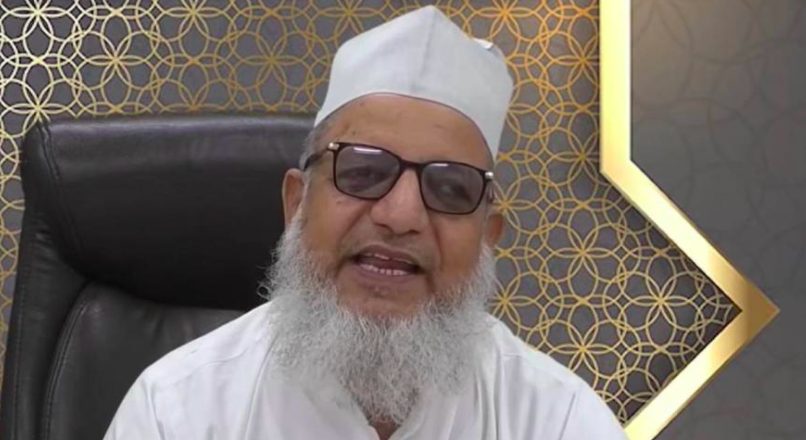 UP: Another Islamic Scholar Arrested in Meerut over ‘Conversion’, Lawyer Alleges ‘Political Gimmick’ Ahead of Assembly Polls

Siddiqui (64), a native of Phulat village of Muzaffarnagar district, was picked up by ATS while he was returning home at night after attending a programme in Meerut’s Humayun Nagar, Lisari Gate, on the invitation of Shariq, the Imam of Masjid Mashallah.

Two-three hours later, when his family tried to reach him, his phone was switched off. The anxious family members then dialled Imam Shariq to know the whereabouts of the Maulana but he said he had no idea. Soon after, word spread like wildfire about “missing” cleric, leading to a group of locals holding a protest outside Lisari Gate police station. Later, police confirmed that he has been taken into custody by an ATS team.

Local residents believe that ATS was camping near Lisari Gate when the Maulana was at Shariq’s residence, keeping watch on him. They allege he was arrested “illegally” and without any warrant when he was on the way back home. “When we gathered outside the police station, they were hiding information about where the Maulana was, when more people joined us and mounted pressure on them, they accepted that he was picked up by the ATS,” a resident told NewsClick, wishing anonymity as he was fearful of police action.

Meanwhile, UP ATS has alleged that Kaleem Siddiqui is behind a country-wide conversion racket and received funding from abroad, particularly Gulf countries.

In a statement, the ATS said during investigation, it was found that Siddiqui runs his organisation in the “garb of educational, social and religious institutions.” He would lure or force people to change their religion in the name of message of humanity, it claimed.

Siddiqui has direct links with the illegal conversion racket that was busted this June. The key accused in the case, Umar Gautam, was arrested under Sections 420, 120 (b), 153 (a), 295 and 511 of the Indian Penal Code and Section 3/5 of Uttar Pradesh Prohibition of Unlawful Conversion of Religion Act 20202, an official release stated.

Speaking with NewsClick, Sabbaq said: “If there is any allegation of foreign funding against my client, then it is not a case of conversion. The income tax department and ED (Enforcement Directorate) should investigate the matter. However, whatever allegations were made against him are completely baseless. There is no prima facie evidence against Maulana. Running madrasas, propagating religion is a fundamental right and the Indian Constitution gives us this right,” he said.

The lawyer went on to add, “Through the ATS, they are hell bent to declare my client as anti-national and portray him that he is involved in unlawful activities. This is just a political gimmick ahead of UP Assembly election, trying to give a message to the majority of the population that Hindu religion is in danger,” alleging that security agencies were being misused openly to aim at “political targets”.

Sabbaq said the YouTube videos that had been attached against the Maulana as evidence itself reveal the seriousness of the allegations against him. “Maulana is a prominent Islamic scholar and videos of his speech were already available in the public domain and there is nothing incriminating or against the nation in these videos,” he said, demanding a  speedy trail.  “Justice is fundamental right of every person which should be ensured by judiciary and State,” he added.

The ATS has over three months arrested at least nine people in connection with alleged “illegal conversion” and has booked them under IPC’s Sections 420 (cheating and dishonesty), 120 B (criminal conspiracy) 153 A (promoting enmity between different groups on grounds of religion) 153 B (imputation, asserting prejudicial to national integration), 295 (injuries or defiling place of worship). Some people have also been booked under Uttar Pradesh’s Prohibition of Unlawful Conversion of Religion Act.

On June 20, the ATS arrested Mohammad Umar Gautam and Mufti Qazi Jahangir Alam Qasmi from Jamia Nagar in New Delhi on charges of converting people into Islam allegedly through inducement, such as job promises, money and marriage. After the arrest of the two clerics, a dozen Muslims were hounded in Western Uttar Pradesh.

The police has alleged that about 1,000 persons were converted and many of them were married to Muslims. However, NewsClick spoke with several people who had converted who said they had done so long back, and were not in touch with Gautam.