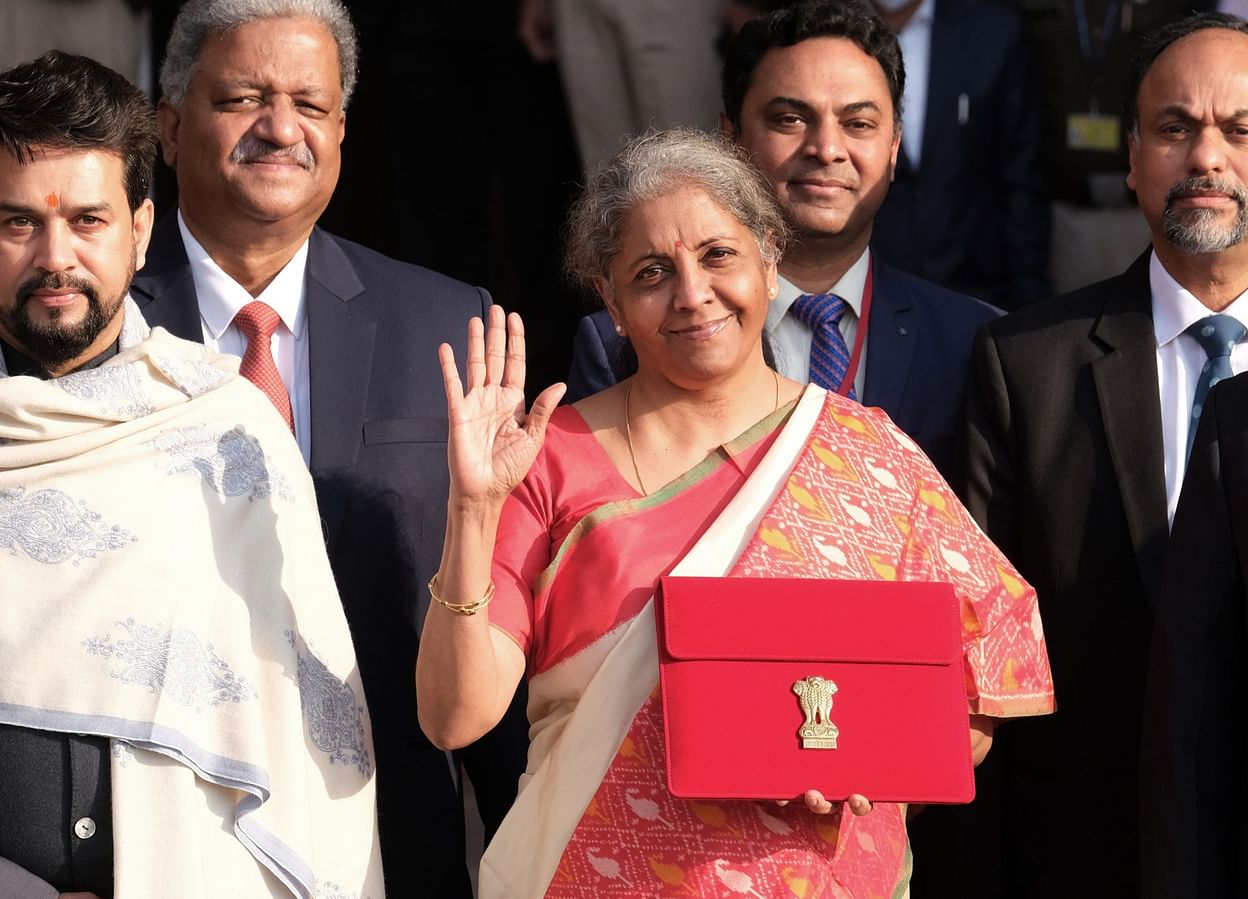 The healthcare sector along with MSMEs have been given the cold shoulder in the Union Budget 2021 under big numbers and no significant improvement schemes or policies. The two highly affected sectors continue to struggle under loosely packed promises and lack of significant revival measures, says GYAN PATHAK.

The Union Budget 2021-22 has questionably dealt with the healthcare system and schemes surrounding Micro, Small and Medium Enterprises (MSMEs). Both the sectors have been allocated comparatively lower budgets. This is contrary to claims that there has been an increase of 137 percent to 2.23 lakh crore for 2021-22 as against the 94.45 thousand crores in 2020-21 fiscal.

However, the Ministry of Health and Family Welfare got only Rs 73,931 crore while the Ministry of MSME, only Rs 15,699 crore, as against about 69 and 8 thousand crores respectively for the present fiscal year.

The budget was prepared on the six pillars of Aatmanirbhar Yojna in addition to the National Health Mission.

The Aatmanirbhar Health Yojana with an outlay of Rs 64,160 crores over a six-year time frame was criticised for being insufficient.

The budget also claimed that the scheme will strengthen the National Centre for Disease Control (NCDC) and provisions would be made to set up 15 Health Emergency Centres. However, these allotments fall short of steps to comprehensively strengthen the existing weak health care system.

However, the fact remains that contrary to claims being made, India needs an increased budget allocation to strengthen the healthcare system rather than simply focusing on meeting the emergency health care needs. This would guarantee a strong foundation without which people’s health would be at stake in the long run.

The low budget allocation for the healthcare sector reflects government neglect for the same. The National Health Accounts show that 66 percent of money spent on healthcare was being taken care of by the respective state governments.

India also ranks 179th out of 189 countries in prioritisation of health in consolidated government budgets of the centre and states. This pattern is often observed in donor-dependent countries like Haiti and Sudan that continue to fall short in their development.

However, it is to be noted that the bulk of health care in India is provided by the private sector.

Despite an improvement in healthcare access and quality, India’s score in the Economic Survey 2020-21 has been staggering. It ranked 145th out of 180 countries and managed to rank only above certain sub-Saharan countries like Nepal and Pakistan in access to quality healthcare.

India also needs to significantly work towards improving its Maternal Mortality Ratio (MMR) and Infant Mortality Rate (IMR) metrics. The hospitalisation rates in India are among the lowest in the world at 3-4 percent while the average for middle-income countries is 8-9 percent and 13-17 percent among the 17 OECD countries.

The budget allotment also indicates the deployment of comparatively lower human resources for health. The aggregate human resource for health density in India is close to the lowest possible threshold of 23 per 10,000 people.

According to the Sustainable Development Goals (SDG), as dictated under the World Health Organisation, this figure should be at 44.5.

Moreover, the distribution of health workforces across the country is lop-sided. A larger proportion of deaths in the country occur due to the poor quality of healthcare than due to insufficient access. This is significantly higher than many neighbouring and developing countries in the world.

The Union Budget 2020-21 fails to take into consideration the various sections of the existing health care system that require immediate attention. It also fails to prioritise healthcare amidst the rising need for protection for its citizens in the face of financial hardships and increasing out-of-pocket payments.

The MSME budget allocation also failed to strike a significant chord among the people. A few major announcements made for this sector includes collateral-free loans for businesses, setting up of funds for MSMEs, the PM Garib Kalyan Yojana, and subordinate debt for MSMEs. However, these are not sufficient for the revival of the sector. These announcements come shortly after similar provisions, made under the Aatmanirbhar package failed to bring about significant changes.

MSMEs require easy access to finance which has not been possible due to various reasons including policy hurdles and the unwillingness of bankers to provide loans. The guarantee to provide collateral-free loans have not brought about sufficient improvements despite the Rs 3 lakh crore relief packages that were announced earlier. It also to be noted that there are many pending cases filed for debt resolutions and crores of rupees are yet to be paid by the government for the purchase of goods and services.

This lies against the best interests of MSMEs that need timely payments and simple access to finance, both of which continue to be almost ignored. A special framework for debt resolution has been announced by the government, but it would be too early to comment on its success or failure.

A few changes have been brought about to benefit the MSMEs but through indirect approaches such as increased duty from 10 percent to 15 percent on steel screws and plastic builder wares.

Relief packages for imports by MSMEs and increased customs duties on certain goods have also been announced.

However, it remains a fact that the sector needs direct interventions to enable them in the current scenario. Unfortunately, the budget will not be able to provide such a push to the sector and lays to risk many livelihoods and employment opportunities in the country. (IPA Service)