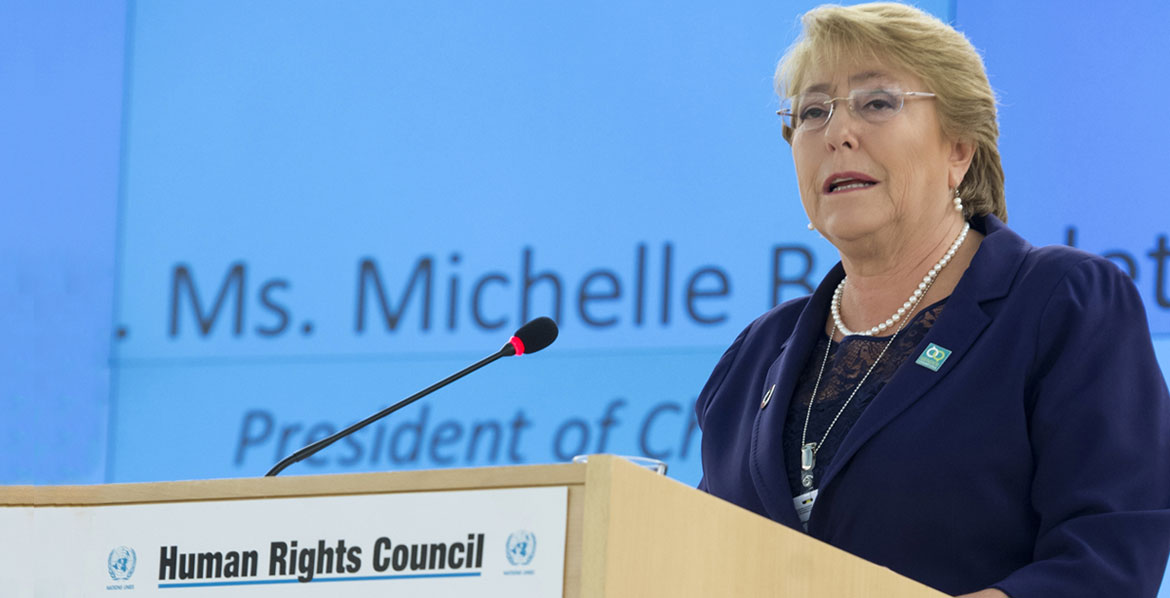 The Leaflet·February 27, 2021
Home
Due Process
Democracy and Rule of Law

Michelle Bachelet’s address at the UN Human Rights Council discussed some of the major concerns in today’s Indian society. As international attention over significant instances of human right violations in the country rises, the government takes an argumentative approach, reports SAIKEERTHI.

THE UNITED NATIONS High Commissioner for Human Rights, Michelle Bachelet, addressed the ongoing human rights issues in various countries during the 46th session of the Human Rights Council. She also discussed at length the apprehensions around human rights in India.

Farmers’ Protests and the Need for Dialogue

Addressing concerns in the country, Bachelet primarily focused on the ongoing farmers’ protests in India saying that the plight of thousands of farmers “highlight the importance of ensuring laws and policies are based on meaningful consultations with those concerned.” She highlighted the need for a needful dialogue by both sides to come to an “equitable solution” to the crisis.

Charges of Seditions Against News Media Platforms and Personalities

Bachelet also addressed the rising number of sedition charges being filed against journalists and activists for covering, reporting and commenting on societal issues in the country. She also critiqued the government’s attempts to “curb freedom and expression on social media,” which depicted a disturbing departure from the principles of essential human rights.

She also stated the UN Human Rights Council was effectively monitoring the situations in Indian administered Kashmir where “restrictions to communications, and the clampdown on civil society activists, remain of concern.”

Bachelet also argued that though 4G access has been revived, the long period of communication blockade in the state had hampered civic participation in various spheres of their lives such as business, livelihoods, education, politics, and access to healthcare.

She condemned the raids against human rights defenders last year which added to her argument of exemplification of continued restrictions which directly impact the rights of people in Kashmir. These restrictions in society affect the ability of the citizens to “impart and receive information, and engage in free, open debate on government policies affecting them.”

She touched upon the student protests in Pakistan-Administered Kashmir to retain internet access last year.

India’s Response to the Criticism

Responding to Bachelet’s criticism, the permanent representative of India to the United Nations, Indra Mani Pandey, said, “India’s approach to global promotion and protection of human rights is based on our own experiences as an inclusive and pluralistic society and a vibrant democracy with a secular polity.”

He argued that the new farm laws enable farmers to decide on better prices for their produce and enhance their income earnings.

Regarding the concerns raised against situations in Kashmir, he said that the constitutional changes in the status of Jammu and Kashmir in 2019 were historic. The move was “welcomed by the people of India”, he said.

(Saikeerthi is a final year journalism student at Symbiosis Institute of Media and Communication, Pune, and an intern with the Leaflet.)