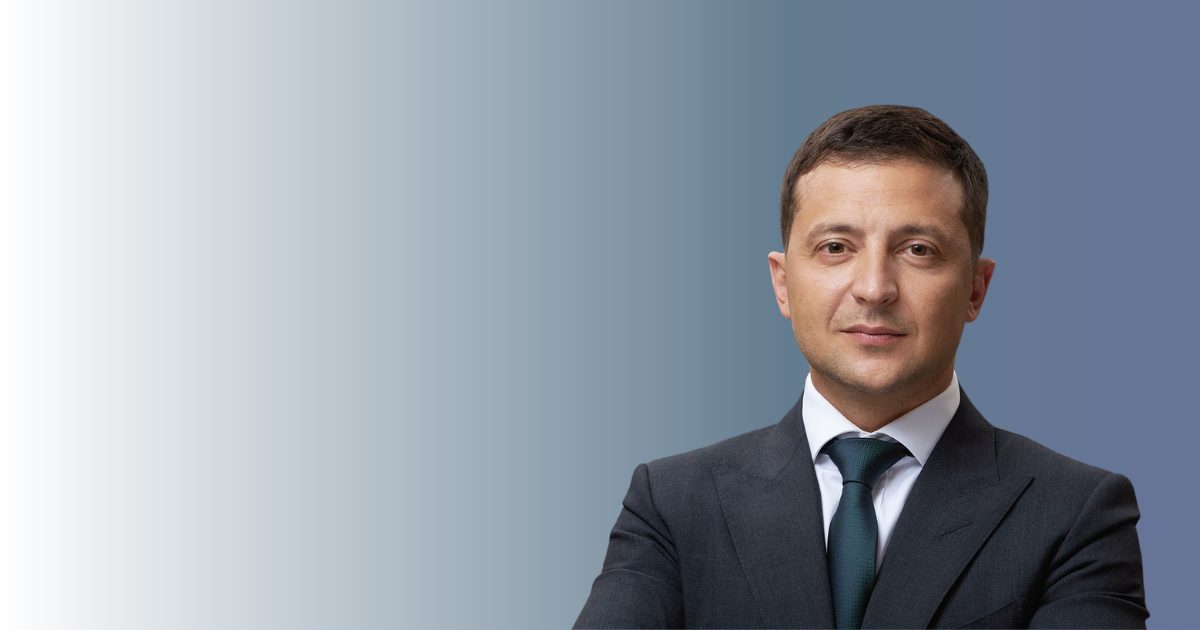 The muzzling of certain media organizations by the Ukrainian President is part of a larger trend and steeped in the geo-political conflict between Ukraine and Russia, writes DAVID C. SPEEDIE.

ON the eve of his meeting with U.S. President Joe Biden on September 1, Ukrainian President Volodymyr Zelensky pulled the plug on the opposition news outlet Strana.ua and imposed sanctions on its editor-in-chief.

This is not the first time Zelensky has cracked down on opposition media.

Earlier this year Zelenksy banned three of his country’s television news stations—NewsOne, 112 and ZIK—accusing them of peddling “Kremlin-funded propaganda.”  A veteran of the broadcast media himself [he was previously a comedian], Zelensky’s action may perhaps be seen at first glance as largely symbolic.  It is, in fact, both inflammatory and short-sighted.

First, it should be noted that the three channels are ultimately owned by one Viktor Medvedchuk, a friend of Russian President Putin who is widely regarded as Moscow’s unofficial ambassador to Ukraine.  This was most likely a factor in Zelensky’s decision; Medvedchuk is personally critical of Zelensky and his administration, but, that said, the media outlets have avoided ad hominem attacks and concentrated on three main topics: the designation of the ongoing conflict in eastern Ukraine as a “civil war”; the support of a majority of citizens of Crimea for the annexation of the peninsula by Russia in 2014; and the strong advocacy of restored relations and trade between Ukraine and Russia.

The first two of those themes are demonstrably true and the third is certainly defensible as mutually beneficial in the long term to Ukraine and Russia. This may perhaps have motivated one of Zelensky’s key allies, Rada [parliament] speaker Razumkov, to oppose the president’s actions against the networks, saying that “sanctioning television networks is bad, no matter who they belong to.”

Also read: Right to dissent without violence and hate speech part of freedom

This is by no means the first time that muzzling the media has been employed as a weapon by authority bodies in Western Ukraine.  For example, in 2018, the Lvov region implemented a law banning “public use of the Russian language … and cultural products”,  a prohibition that included songs, films, books—and television.  Moreover, the Lvov legislators called for nationwide application of the ban—a proposal that, thankfully, has not yet been adopted.

It is perhaps tempting to see this as a kind of relatively innocuous sidebar issue to the violence that has claimed 13,000 lives in a war of attrition between West and East in Ukraine, a war that involves claims for a degree of self-determination for the eastern regions. It is not so.

Also read: Why We Must Maintain Sanctity of Free Speech and Ethics in Journalism

In the 1990s I visited another part of the former communist space where tensions simmered between center and region—the Transylvanian mountains of northern Romania.  My vivid recollection is how intense the passions were between the Romanian majority and Hungarian minority over language issues, from street signage to religious worship.

In Ukraine, Russian has long been recognized as a state language, along with Ukrainian—somewhere around 30% of citizens see it as their first language, and virtually all Ukrainians have some Russian.  There have been recent impulses to relegate Russian to a “regional” language status, along with Polish and Hungarian [tensions among the much smaller Hungarian-speaking minority are also high].

All this suggests that Mr. Zelensky has a tiger by the tail, a self-defeating act that has been variously interpreted as being [a] to boost poll numbers that have seen his support halved from 73% to the mid-30s; or [b] impress Biden by poking Moscow in the eye [if this latter is the case, it hardly succeeded; the consensus was that Zelensky left Washington with significantly less than he had hoped for.]

In the end, the language issue writ large only underscores the key factor in the Ukrainian conflict, described eloquently by my fellow ACURA board member, Nikolai Petro: this is a profoundly divided country—socially, culturally, politically.

On my first visit to Ukraine in 1993 I remember clearly the words of a veteran professor at Mohyla Academy University Kiev: “Always remember that there are four Ukraines—East, West, Crimea—and Kiev.”

It is difficult to argue that this has changed much.

(This article was produced by Globetrotter in partnership with the American Committee for U.S.-Russia Accord. David C. Speedie, a Board Member of ACURA, was formerly Senior Fellow and Director of the Program on U.S. Global Engagement at the Carnegie Council for Ethics in International Affairs.  Prior to this, he chaired the Program on International Peace and Security at Carnegie Corporation. The views expressed are personal.)