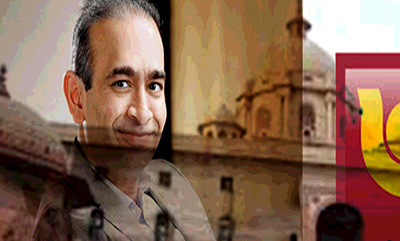 UK Judge rules Nirav Modi can be extradited to India, dismisses arguments of mental health and poor condition of prisons

The Westminster Magistrate’s Court in the UK gave a green signal to the extradition process of fugitive diamantaire Nirav Modi to India. He is accused in the 14,000 crore Punjab National Bank fraud case. The Court found a prima facie case of money laundering and dismissed arguments of Modi’s mental health and poor condition of the Indian prisons. RHEA BINOY reports.

THE Westminster Magistrate’s Court on Thursday allowed the Indian government’s request seeking the extradition of Nirav Modi, who is the key accused in the 14,000 crore Punjab National Bank (PNB) fraud case.

The UK Magistrate has indicated Nirav Modi on all charges levelled by the Central Bureau of Investigation and the Enforcement Directorate which are probing the scandal.

A press release of the Central Bureau of Investigation says, “The U.K Court delivered the verdict wherein it held that the evidence against Mr Nirav Modi is prima facie sufficient to order his extradition to India to face the charges. The Court also upheld the assurances of Government of India and rejected the submissions of defence regarding human rights violations, fair trial and prison conditions.”

The Court also criticised the way evidence was submitted by the Indian government.

It highlighted, “Unlike the evidence from the Defence, the evidence produced by the government of India in the case, through no fault of counsel, was poorly presented and very difficult to navigate. Observations I note were similarly made by the Senior District Judge (Magistrates’ Courts) in Mallya. I hope the government of India takes these observations on board in relation to future requests.”

The Counsel for Nirav Modi brought forward the following issues to persuade the Court not to grant the request:

Allowing the extradition plea of the Indian government, the District Judge Sam Goozée, “Pulling all these findings together, I determine, on one possible view of the evidence, I am satisfied that there is evidence upon which Nirav Modi could be convicted in relation to the conspiracy to defraud the PNB. A prima face case is established.”

The Court also noted that there is a ‘prima facie’ case of money laundering against Nirav Modi.

“Having found a prima facie case on the conspiracy, for the sake of brevity, I am going to embark on setting out the full evidence relied on within the ED request and my evaluation thereof. It is a point conceded by those representing NDM (Nirav Modi) and I find there is a prima facie case of money laundering”, the order read.

ISSUANCE OF LETTERS OF UNDERSTANDING (LoUs) BY PNB

On Modi’s implication in the issuance of Letters of Understanding (LoUs) issued by PNB, the Court held, “I do not accept the submissions that NDM was involved in legitimate business and using the LOUs in a permissible fashion. It would not be in PNBs interests to create such enormous financial exposure through a financial product which the evidence from the Bank officials confirms is not designed for general business lending, I find there is no evidence of genuine import transactions and the applications for the LOUs was being done dishonestly.”

ON THE ALLEGATIONS OF CONSPIRACY

On the allegations of the conspiracy to malign the course of the justice the court ruled, “Again, although there may be no direct evidence of NDM entering into an agreement with his other alleged conspirators, the evidence cumulatively and progressively, taken as a whole create an inevitable conclusion NDM and his co-conspirators were working in concert to cause the removal of evidence from the reach of the investigators, interfering with witnesses to the investigation, destruction of evidence all of which tends to pervert the course of justice…

The Court also refuted contentions made by Modi’s counsel on the conditions of jails in India, the state of his mental health and the independence of the Indian judiciary.

Justice Katju had alleged that the Indian judiciary was compromised and that Nirav Modi would not get a fair trial in India. The Westminster Magistrate’s Court dismissed the expert testimony given by Justice Katju.

“I reject any submission that the GOI (Government of India) has deliberately engineered a media onslaught. I attach little weight to Justice Katju’s expert opinion,” District Judge Sam Goozee said.

The court also noticed that in Justice Katju’s cross-examination, he made some “inappropriate and grossly insensitive comparisons.” The former Supreme Court judge had said that because the BJP cannot solve the economic crises in the country, it was blaming Nirav Modi like Hitler blamed the Jews.

When challenged about his imputations he stated that he was not commenting on the merits of the case but that Nirav Modi will not get a fair trial.

EVIDENCE GIVEN BY JUSTICE KATJU NOT OBJECTIVE

The UK court also said that despite having been a former Supreme Court judge in India until 2011, the evidence recorded by him was “less than objective and reliable.”

“I found his evidence and behaviour in engaging the media the day before giving evidence to be questionable for someone who served the Indian Judiciary at such a high level appointed to guard and protect the rule of law,” the judgment said.

The court also noted that Justice Katju had himself briefed the media about the evidence that he was giving in the proceedings, creating a media storm.

“Despite being highly critical of the “trial by media” and its impact on NDM’s case, he took the astonishing decision to brief journalists in relation to the evidence he was giving in these proceedings, creating his own media storm and adding to the heightened media interest to date,” the judgment noted.

The UK Court also refuted the arguments that the Indian Judiciary is compromised, referring to the observations made by the Solicitor General of India Tushar Mehta on the separation of powers.

The Court noted that there is no solid evidence that the judiciary in India is no longer independent, or capable of managing a fair trial.

“As Ms. Malcolm and Mr. Hearn correctly remind me in their final written submissions, of the observations made by the Solicitor General of India. India is governed by its written constitution which has at its core the fundamental principle of the independence of the judiciary by virtue of the separation of powers between the judiciary, the executive and the legislature. There is no cogent or reliable evidence that the judiciary in India is no longer independent, or capable of managing a fair trial even when there is a high profile fraud with significant media interest.”

Following the ruling, the Court order will be sent to United Kingdom Home Secretary Priti Patel for ratification. Nirav Modi also has the option to appeal against the order in the United Kingdom High Court.

Nirav Modi’s bail has been rejected seven times by UK Courts, has been in London’s Wandsworth Prison since his arrest in March 2019.

After the UK Court ruling, Mumbai’s Arthur Road jail has made all the arrangements. The jail official said that once Nirav Modi is bought to Mumbai, he will be kept in one of the three cells of barrack number 12, which is said to be a high-security barrack.