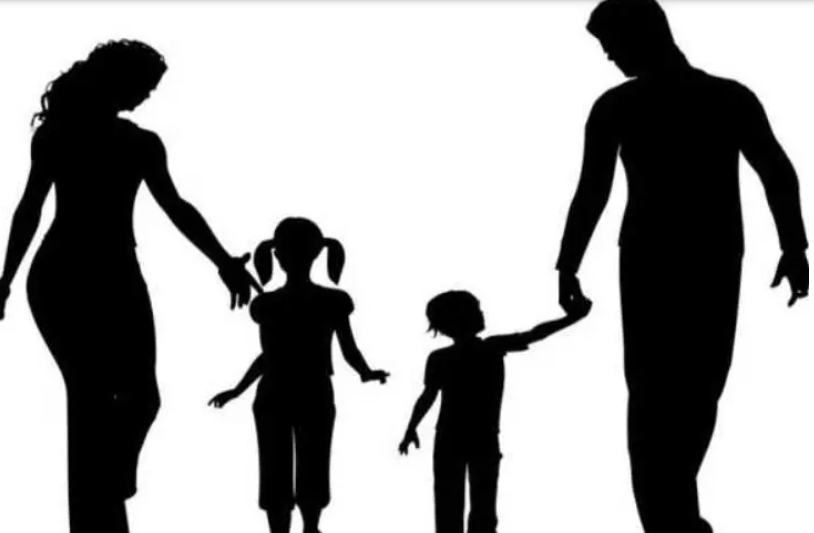 Representational use only.
Civil SocietyPolicyPolitics

Recently news reports have surfaced suggesting that the Uttar Pradesh government is working on a draft legislation debarring families with more than two children from availing several official welfare schemes.

The proposed law, however, is deeply problematic because the move is not just constitutionally and legally questionable, but it will also further deepen prejudice and bigotry in society.

People close to Chief Minister Yogi Adityanath revealed that his intention is to create a buzz around the subject of “population control” before the Assembly polls, due in the first quarter in 2021.

Debates and discussions among people across the state on the contentious plan would sharpen communal polarisation in the state at a time when the political rhetoric becomes more rabid.

Adityanath toying around with the idea that is aimed at inflaming passions on this divisive issue, is indication of realisation of substantial erosion in his personal popularity and his government because of complete ineptness in handling the crisis stemming from the second wave of the COVID-19 pandemic.

With good governance unlikely to be a credible plank for the Yogi-led Bharatiya Janata Party in the forthcoming polls, he would try to possibly shape the party’s campaign centering around his image of a hard-nosed and minority-distrusting Hindutva leader.

The two-child norm doesn’t serve the purpose it is purported to resolve: the policy does little to either control population, resolve national economic crises, or motivate families to limit their children to two or less.

Yet, population control has been linked, most famously by Prime Minister Narendra Modi in his 2019 independence day speech, to patriotism; to have a small family was a nationalist act, he contended.

The principle of two-child norm as a requisite for accessing government welfare schemes remains what it has always been for the political forces that are part of the Hindutva bandwagon: a dog-whistle to whip up prejudicial passions against Muslims.

The implicit message is that Muslims have more children than Hindus and the government has displayed daring by penalising families with more than two children.

The sangh parivar has for long argued about the existence of a Muslim ‘conspiracy’ to render the Hindus into a religious minority in ‘their country’. It is argued that Islam opposes family planning and therefore, is against modern contraceptive practices.

The Jansankhya Niyantran Adhiniyam (population control act) has for long been on the Rashtriya Swayamsevak Sangh wish list.

So called ‘burgeoning’ families, so-claimed love jihad, consumption of beef (buffalo in most parts of India), forced or deceitful conversions of low caste Hindus to Islam, fermenting home-grown terror and of course extra-territorial loyalties have been for long essentials in the Hindu Right’s political manuals to vilify and demonise the entire community.

Barring the principle of two-child norm being mandatory to avail government services and welfare schemes, other items on this list have for long been used, but with official sanction, especially in BJP-ruled states since 2014.

Like all the other allegations, the yarn of unrestrained Muslim population growth has been threaded on a platform of complete falsehood and masterful misrepresentation of facts and information.

Scholars have long examined the misleading campaign of the sangh parivar and contended that the Muslims cannot be viewed as a monolithic block; their rate of growth is on par with several Hindu and tribal communities.

Furthermore, there are communities among Muslims, who are comparatively better educated and are more scientific in their actions and choices, among whom the fertility rate matches that of similarly placed communities among Hindus.

Adityanath is not the only BJP CM who has embarked on this potentially incendiary path; Assam CM Himanta Biswa Sarma, first urged Muslim residents of the state several days ago, to adopt a ‘decent family planning policy’ to deal with grinding poverty and chronic social problems.

He made it out that only Muslims face poverty and it is caused solely by large families and not due to economic disparity triggered by government policies.

Last week it was formally announced by Sarma that his government will gradually implement a two-child policy to avail benefits under specific schemes funded by the state; schemes offered by the Centre would be left out of this norm in the absence of a central law on this issue. Significantly, Sarma himself is one of five siblings.

In Assam a two-child norm already exists in certain sectors, besides requirements of minimum educational qualifications and functional sanitary toilets for those seeking to contest in panchayat polls.

An amendment to this effect was made in the state’s Panchayat Act in 2018. The Assam government has previously decided to debar those with more than two children from government jobs.

The BJP performed better in the recently held state polls in Assam than expected because the alliance between Congress and All India United Democratic Front enabled decisive reverse polarisation in favour of the BJP.

Sarma aims to secure further advantage over AIUDF by being unrelenting in attempts to further consolidate the Hindu votes behind him. This has dangerous portents for national security, paradoxically so ‘dear’ a cause to the BJP.

Assam is not the only state which restricts services, and importantly rights, to people who have more than two children. Rajasthan, Maharashtra, Telangana, Andhra Pradesh, Gujarat, Uttarakhand, Karnataka and Odisha are the states where similar limitations exist in certain specific situations – mainly for contesting elections. Maharashtra and Madhya Pradesh have also put bars on people from securing government jobs.

Besides this, there have been innumerable occasions when private members’ bill on the issue has been tabled in Parliament. An estimate puts the number of times this has been attempted at 35. Efforts have also been made through the judiciary to secure a directive to the executive to move towards a legislation on the matter.

Various independent initiatives, not always backed by members’ parties, have been tabled seeking incentives for couples following the two-child norm, as well as disincentives for those who do not.

Another effort, a legal initiative in the form of a petition in the Delhi High Court, came to a naught as the court stated that it had no powers to direct either Parliament or state legislature to pass a law on a specific matter.

Those demanding introduction of the policy calling for disincentivising individuals with more than two children draw legal and constitutional sustenance from three sources.

One, Entry 20-A in the Concurrent List of the Seventh Schedule, inserted through the 42nd constitutional amendment in 1976 during Emergency.

At that time, reasons for Indira Gandhi’s robust pursuit of a population control policy was not ideologically driven but from the perception that it would enable uplifting smaller families and the country’s economy.

Several states that framed laws aimed at incentivising those who exercised population control used this Entry in the Concurrent List.

But, the motivation for enacting these laws, including Sarma and Adityanath’s initiatives are politically inspired and not from Indira Gandhi’s standpoint on introducing the particular entry, into the Constitution.

Two, the National Commission to Review the Working of the Constitution (NCRWC) headed by Justice MN Venkatachaliah during the Atal Bihari Vajpayee regime, recommended insertion of Article 47A as part of the Directive Principles of State Policy.

This, the suggestion went, aimed to promote population control norms and providing benefits in taxation matters, educational admission and so on, to those who had two or less children. Like on the several official reports, the existence of this proposal veils the ideological purpose behind this scheme.

Three, over the years the Supreme Court has validated several of the aforementioned state laws. This has provided a veneer of legal correctness to laws that even by the apex court’s admission noted, not disputed, prevalence of “undue stress on fundamental rights and individual liberty.”

Given the political potential of Adityanath and Sarma’s latest move, the Supreme Court needs to be asked to take a fresh look at not just the existing state laws, but also its own verdict by a three-judge bench in a 2003 challenging the Haryana law which nullified candidature of those with more than two children in the three-tiered panchayat elections.

Personal choices and matters related to privacy cannot be impinged on by the state. It is opportune time for democratic legal experts to examine ways in which the aforesaid justifications are not used any further to deny people with more than two-children, their basic rights enshrined in the Constitution.

Actions of Sarma as well as Adityanath are politically motivated. Their conduct is also driven by the objective of going one up on the central leadership of the BJP, Modi especially, as he has been locked in a bitter struggle over recent months with Adityanath and was pressured into allowing Sarma to become Assam chief minister in place of their choice, Sonowal.

Although Modi is no dove when it comes to the politics of polarisation, at the moment, the moves of the two BJP chief minsters has potential to jeopardise his balancing act vis-a-vis the international community, especially the United States and his political engagement with Kashmir-based political parties and possibly Pakistan in the foreseeable future.

(The writer is a NCR-based author and journalist. His books include ‘The RSS: Icons of the Indian Right’ and ‘Narendra Modi: The Man, The Times’. He tweets at @NilanjanUdwin)